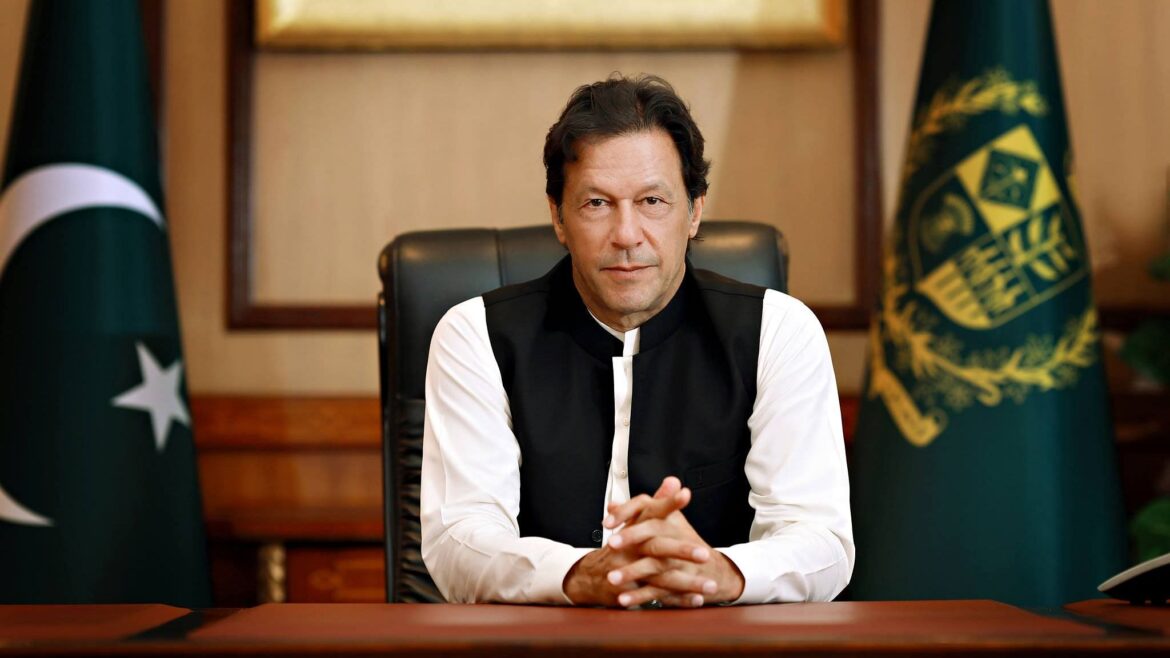 One hundred and seventy-four members of the National Assembly voted in favor of the opposition’s no-confidence motion against Imran Khan, and a majority vote passed the resolution.

Presiding over the meeting, Ayaz Sadiq announced the voting results at around 1 am local time.

When voting on the resolution began in the National Assembly, Imran Khan, who was not present in the House, left the Prime Minister’s House by helicopter and returned to his residence in Bani Gala.

Following the success of the no-confidence motion, PML-N leader and expected Prime Minister of the country Shahbaz Sharif addressed the House.

He thanked the members who made the no-confidence motion against Imran Khan a success.

No Vote On No-Confidence Was Taken During The Day

The No-Confidence Motion against Prime Minister Imran Khan was to be put to the vote in the National Assembly on Saturday as per the order of the Pakistani Supreme Court.

Despite repeated interruptions in the parliamentary proceedings, some government and opposition lawmakers did address the House.

But Speaker Asad Qaiser did not call for a vote of no confidence until 10:30 pm.

The background of this meeting was the same political and parliamentary stalemate that was being observed in the National Assembly despite the clear order of the Supreme Court not to vote on the no-confidence motion against Imran Khan.

The Pakistani media also reported General Bajwa’s meeting with the Prime Minister; however, no formal statement was issued by the Army itself regarding the meeting of Army Chief Bajwa with Prime Minister Imran Khan.

Earlier on Saturday, when the National Assembly session continued for several hours, but the no-confidence motion moved by the opposition was not put to the vote.

It was also reported in the national media that Imran Khan convened a special meeting of the federal Cabinet at 9 pm on Saturday.

In the meeting, Imran Khan sought the approval of the cabinet members for showing the diplomatic letter to the Speaker of the National Assembly, the Chairman of the Senate, and the Chief Justice of the Supreme Court.

According to him, this diplomatic letter was an alleged external conspiracy to remove him as head of government.

Following the unanimous decision on the alleged diplomatic correspondence, the special meeting of the Federal Cabinet ended.

And Prime Minister Imran Khan, who had not attended the National Assembly session all day, began preparations to reach Parliament House.

Later it was reported that Imran Khan had reached the National Assembly.

He met the Speaker Asad Qaiser in which he allegedly showed a letter to the Speaker of the National Assembly regarding an external conspiracy against him.

In Pakistan, especially in Islamabad, the day of April 9 was politically uncertain and ambiguous, and full of various rumors.

Rumors were circulating in some quarters, especially on social media, that a new army chief was being appointed in place of General Qamar Javed Bajwa by Imran Khan.

Later on, Prime Minister Imran Khan himself denied the news while talking to reporters.

He said that it was utterly false, baseless, and fabricated rumors that the government wanted to appoint a new head of the Army or was thinking of doing so.

Similarly, the doors of the Islamabad High Court were also opened because no vote of No-Confidence was taken during the proceedings of the National Assembly session, and the High Court could take notice of this if necessary.

Against this backdrop, Chief Justice Bandial had personally reached the Supreme Court before midnight.

Meanwhile, contempt of court petition was also filed against National Assembly Speaker Asad Qaiser for not holding a no-confidence motion by the Supreme Court Bar Association before midnight.

Alert At All Airports

Security was tightened in the Pakistani capital this Saturday, especially in the wake of last night’s incidents.

Holidays for all police and administrative officers were canceled, and all airports in the country were closed and alerted.

In addition, an emergency was declared in all hospitals in Islamabad.

On Saturday night, when political activity in the Prime Minister’s House and Parliament House was at its peak, a police van was parked outside the Parliament building in Islamabad, in which prisoners are usually transferred from one place to another.

According to media reports, the authorities said that if the Supreme Court issued a possible order in contempt of court case, the arrested persons could be seated in the van and transferred from there.

About 20 minutes before midnight on Saturday, circles close to National Assembly Speaker Asad Qaiser and Deputy Speaker Qasim Suri confirmed that the two figures had resigned from their parliamentary posts.

Pakistani opposition leaders have also confirmed their resignations, and live broadcasts from the country’s private television stations said that both the Speaker and the deputy speaker have resigned.

These resignations are apparently because Asad Qaiser and Qasim Suri did not want to vote against Prime Minister Imran Khan in the National Assembly.

The Speaker announced his resignation during the sitting of the House.

The Speaker of the National Assembly, Asad Qaiser, while addressing the members present in the House at around midnight said that he was resigning from his post.

The letter was shown to him after the approval of the Cabinet. We will also show it to the Chief Justice.

Announcing his resignation, Speaker Asad Qaiser also said that he would hand over the rest of the proceedings to Ayaz Sadiq, a member of the panel of Chairman of the National Assembly.

As per the schedule of the National Assembly, while presiding over the parliamentary session, Ayaz Sadiq said that he would start the process of voting on the No-Confidence motion presented by the Leader of the Opposition Shahbaz Sharif against Prime Minister Imran Khan.

Ayaz Sadiq then clarified to the members the parliamentary procedure for voting on the no-confidence motion.