French Presidential Election: What You Should Know?3 min read 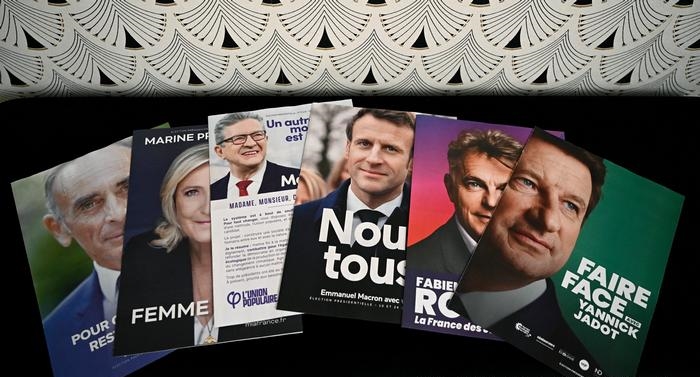 The French presidential election is set to begin on Sunday, April 10.

Find out in this roundup of Politic360 who the presidential candidates are and what are the important topics in the French election?

What is the voting procedure, and how long will the results take?

Voting, which begins on Sunday, April 10, will determine who will next head the European Union’s second-largest economy and the only permanent member of the UN Security Council in the European bloc.

Here’s what you need to know about the French presidential election:

What Is The Voting Procedure?

Every five years, eligible citizens in France elect a president.

In France, votes are cast by paper ballot, and are counted in the traditional way.

This voting system has been used for many generations.

In France, people infected with the virus can go to the polls after all restrictions on the epidemic have been lifted, but they must take precautions, such as wearing a mask.

Voters will choose one of 12 candidates in the first round of voting on Sunday.

If no candidate gets a clear majority, then the two top candidates will face each other in the second round of voting on April 24.

Who Are The Main Candidates?

The current era of Macron power has been volatile.

In 2018, the so-called ‘Yellow West’ protest movement was born out of the business-friendly policies of Macron which favored tax cuts for the rich.

Even during the last phase of his rule, he has the upper hand in opinion polls.

Until two weeks ago, Macron preferred diplomatic efforts to end the war between Russia and Ukraine rather than focus on the traditional election campaign.

Unlike Macron, his female rival Marine Le Pen has been campaigning for months, focusing on inflation and income in the country.

Marine Le Pen, leader of the right-wing National Rally party, is second only to President Macron in opinion polls.

According to political experts, the two leaders will face each other in the second round of the presidential election.

Le Pen, however, has been criticized for opposing the European Union and NATO during the 2017 election.

Le Pen, meanwhile, promoted the politics of fear of Muslim immigration to France.

But this time around, because of Éric Zemmour, her populist attitude seems to soften.

Zemour, a former political analyst and far-right ideologue, has been sentenced for his racist and hate speech.

He wants to deport millions of foreigners.

He has also promoted white racism and Neo-Nazi ideology.

According to opinion polls, Zemor could win up to 10 percent of the vote in Sunday’s polls, the fourth-highest vote after Jean-Luc Antoine Pierre Mélenchon, a left-wing populist politician.

Jean Mélenchon, a left-wing populist politician is likely to get up to 16% of the vote.

His campaign is focused on investing in transparent energy and imposing higher taxes on the rich.

Also in the running for the presidency are right-wing Republican candidate Valérie Pécresse and Paris mayor and Socialist Party candidate Anne Hidalgo.

What Are The Key Issues In The Presidential Election?

France’s response to the war in Ukraine, the growing pressure on the public health system in the wake of the two-year-old Corona epidemic, and economic issues are the most important issues for French voters.

In addition, most of the candidates have made the strategy of tackling the rise in energy and food prices the focus of their campaigns.

How Long Will The Results Take?

The first round results will begin to emerge on Sunday, April 10, after the polls close at 8 pm local time.

Any candidate can win this election by getting more than 50% of the votes in the first round.

However, there is no precedent in French history for such results.

The top two candidates will face off in the second round of the presidential election on April 24, and the final winner will be one of the two candidates.