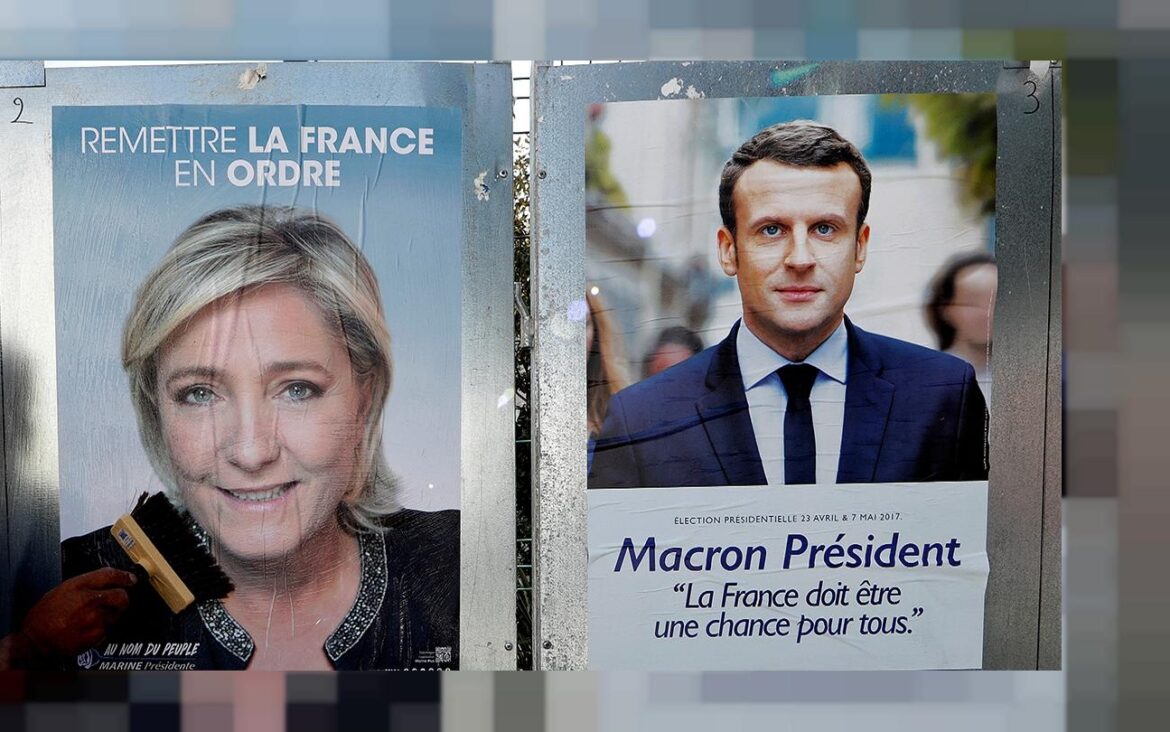 In the French presidential election on April 24, President Emmanuel Macron and Marine Le Pen are running against each other.

Macron says the next two weeks will be “decisive” for France.

President Emmanuel Macron and far-right leader Marine Le Pen won the most votes in the first round of voting on Sunday.

According to exit poll results, they topped the list of 12 candidates for the presidency.

And now the real competition will be between the two for the post of the next president of France.

What Is The Position Of Both The Candidates?

The current era of Makar power has been volatile.

In 2018, the so-called ‘Yellow West’ protest movement was born out of the business-friendly policies of Macron which favored tax cuts for the rich.

Even during the last phase of his rule, he has the upper hand in opinion polls.

Until two weeks ago, Macron preferred diplomatic efforts to significantly end the war between Russia and Ukraine rather than focus on the traditional election campaign.

Unlike Macron, Marine Le Pen has been campaigning for months, focusing on inflation and revenues in the country.

Le Pen, however, has been criticized for opposing the European Union and NATO in the run-up to the 2017 election.

Le Pen also sparked controversy by speaking out in favor of banning Muslim women from wearing headscarves in public.

They are also in favor of getting rid of halal and kosher meat. She also campaigned for a reduction in migration from outside Europe.

When Is The Next Round Of French Presidential Elections?

The next round of French Presidential Elections will be held on Sunday, April 24.

48.7 Million voters have registered for this election. But it remains to be seen whether voter turnout will increase in the second round.

Over the next few weeks, candidates, especially Macron, will campaign hard as he seeks a second term.

Statistics released on Sunday suggest that the second round will be quite thorny.

Ifop-Fiducial, an exit poll agency, says Macron could get 51 percent of the vote. While Le Pen could get 49 percent. According to another agency, Elbe Group, Macron is expected to get 52% of the vote and Le Pen 48%.

What Did Macron And Le Pen Say?

Macron appealed to citizens to defeat the right-wing candidate, saying that nothing had been decided after the first round of voting.

Le Pen said the second round of the presidential election would allow voters to “choose between two opposing views for the future.”

Some other candidates left behind in the first round have also backed Le Pen.

What Are The Main Topics In French Presidential Elections?

France’s response to the war in Ukraine, the growing pressure on the public health system in the wake of the two-year-old Corona epidemic, and economic issues are the main topics for French voters.

In addition, rising energy and food prices are among the most important issues.