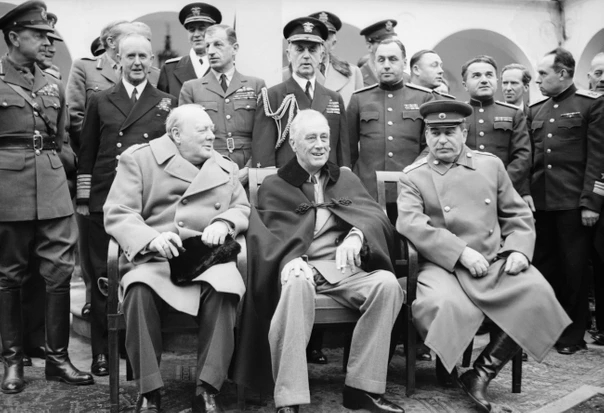 The Russian Army invaded Ukraine, and the smoke was billowing. According to United Nations data, in less than two weeks, the number of Ukrainian refugees fleeing the conflict exceeded 2 million.

After the “Maidan Revolution“ in Ukraine in 2014, in eastern Ukraine, armed conflicts between government forces and local militias supported by Russia have not stopped.

In late February 2022, Russian President Vladimir Putin suddenly recognized the independence of the two so-called countries in Donbas. He made a televised speech saying he has decided to launch a “Special Military Operation” in the Donbas region.

Why is Russia now invading Ukraine?

What does Moscow want from its neighbor, Kyiv?

What clues can the disrupted and chaotic historical relationship between the two provide for understanding Russia’s Invasion of Ukraine?

The following six major moments of the 20th century had a profound impact on the historical trend of the Ukrainian country and nation. Also, they laid the groundwork for today’s Russia-Ukraine relations.

In 1917, when the Russian monarchy collapsed under the pressure of war and political instability, Ukrainian patriots established their own coordinating body, the Central Rada (Committee), which soon developed into a revolutionary parliament.

The Russian Provisional Government granted the Ukrainian People’s Republic (UNR) autonomy. Still, then the Bolsheviks who came to power refused to recognize the UNR and sent troops to invade to bring Ukraine into the Soviet Union.

The UNR declared full independence in January 1918 and signed a peace treaty with the Brest Allies ahead of the Bolsheviks.

Germany, one of the Allies, supported the return of the Ukrainian monarch with the traditional title of “chief” and restored the monarchy.

But after World War I, the UNR came back to power and declared unity with the territory of Ukraine, the former Austro-Hungarian Empire.

During the Russian Civil War (1917-22), the UNR could not survive between the Russian Red Army and the White Army because neither side recognized Ukraine’s sovereignty.

However, the precedent of Ukrainian independence eventually forced the Bolsheviks to create the Soviet Ukrainian Republic, which became one of the founding members of the Soviet Union (USSR) in 1922.

By the early 1930s, Stalin had resumed his uncontested task of crushing the Ukrainian polity that had grown during the revolution.

Around 4 million Ukrainian peasants perished in a famine orchestrated by the authorities in 1932-33, known in Ukraine as the Great Famine (“starvation murder”) and considered genocide – an explanation worldwide accepted.

Still, Russia has so far refused to recognize it.

Stalin also destroyed the Ukrainian cultural elite and began to promote the czar’s notion of Ukrainians as “little brothers” of Russians.

Stalin invaded Poland in September 1939 after agreeing with Hitler to divide Eastern and Central Europe and incorporated Ukrainian lands that Poland had retained after a brief war with the Bolsheviks in 1919 into the Ukrainian Soviet Socialist Republic.

At the end of World War II, at the Yalta Conference in 1945, British Prime Minister Churchill and US President Roosevelt allowed Stalin to keep the territories.

The Soviets also pressured Czechoslovakia to relinquish its “Rusyn” lands within its borders.

But instead of promoting Ukrainian autonomy, he pursued a process of cultural assimilation into Russia. The stubborn armed resistance of Ukrainian nationalists to Soviet rule in formerly Polish territories continued into the 1950s.

Crimea (the Crimean peninsula in Southern Ukraine) borders Ukraine but became an autonomous republic within Russia in 1921, in part because of the Peninsula’s strategic importance.

Neither Russians or Ukrainians are in the majority there. In the 1920s, the Soviet Union cultivated the culture of the Crimean Tatars, who have lived here since the 13th Century.

The Russian Empire conquered the Crimean Khanate in 1783, where it pursued seemingly benevolent policies to impress Western colonists and the newly independent states of Asia.

However, when the Soviet Red Army recaptured Crimea from Nazi Germany in 1944, Stalin ordered the forced expulsion of the Tatars, seen by many historians as an act of genocide.

After this expulsion, ethnic Russians became the majority almost overnight. The war left the peninsula’s economy and urban areas in ruins.

To commemorate the 300th anniversary of the signing of the Treaty of Pereyaslav, Khrushchev drew up plans for the handover of Crimea to the Ukrainian Soviet Socialist Republic, the reconstruction of Crimea, and the main channel to be built for the It provides fresh water.

The Treaty of Pereyaslav was a covenant signed between the Russian Tsar and the then Cossack Emirate (the predecessor of the Ukrainian state in the 17th century) in March 1654, promising to jointly resist the invasion of Poland and Ukraine to join the Principality of Muscovy, allegiance to the Tsar.

Mikhail Gorbachev’s loosening of ideological controls led to mass resistance, and resistance to the communist Soviet Union and Ukrainian and Russian democratic activists took the opportunity to work together to create a new political landscape, such as free speech and free elections.

Instead of defending the Soviet Union, the government of former Russian President Boris Yeltsin (1931-2007) sought an independent Russia.

This made Yeltsin a natural ally of Ukrainian President Leonid Kravchuk (1934-), but only if both sides rejected the Soviet legacy.

In December 1991, a referendum was held in Ukraine, which declared the end of the alliance and the formal separation of Russia, Ukraine, and Belarus.

In the early 1990s, however, economic reforms stalled, and Yeltsin and other Russian dignitaries began to criticize Ukrainian cultural policies and question the handover of Crimea, attracting a growing number of nationalists at home who were nostalgic for the Soviet era.

A comprehensive treaty between Russia and Ukraine confirmed the integrity of Ukraine’s borders in 1997 – something Russia and Western nuclear powers also assured in the Budapest Memorandum of 1994; Ukraine agreed to hand over its Soviet-era nuclear arsenal.

(5) 2014: The Annexation Of Crimea, The Donbas War, And The Russian Invasion Of Ukraine

Russian authorities took advantage of the political instability in Ukraine to establish military control over Crimea.

They figured that most local Russians would support annexation because they would be attracted by higher salaries, better career options, and no need to learn Ukrainian.

But the result of the referendum to join Russia was incredible, and the international community, except for a few pro-Russian countries such as North Korea, Syria and Venezuela, condemned Russia’s annexation of Crimea in unison.

After securing control of Crimea, Russia has also backed the insurgency in other provinces in southeastern Ukraine, where major regional parties have long cultivated pro-Russian attitudes.

But this strategy only works in Donbas, a stagnant Russian-speaking industrial zone. As the Ukrainian army tried to re-establish control, Putin’s government secretly sent regular troops to support pro-Russian separatists and Russian “volunteers.”

The war in the Donbas never officially ended. Sporadic clashes are common, with casualties being reported every week.

The West brokered a summit in 2015 in the “Normandy model” (Germany, France, Russia, and Ukraine) to push for a de-escalation of military action.

The 2015 Minsk Protocol, signed during the summit in the Belarusian capital, charts the way to a peaceful resolution.

However, the peace process is still blocked because certain terms are unacceptable for Ukraine and Russia. Such as the holding of local elections in the two “people’s republics” where Russian troops are stationed, and the recognition of its forces is unacceptable for Russia’s presence and withdrawal from Crimea.

In late 2021, Western and Ukrainian intelligence agencies released information about a massive build-up of Russian troops on the Ukrainian border and infrastructure preparation for a possible incursion.

While Russian officials insist the preparations are just military exercises, they have also issued an ultimatum to the West, asking for written assurances that NATO will stop further eastward expansion.

And limit the types of weapons that NATO members have joined since 1997, and prevent any NATO military cooperation with other post-Soviet countries (especially Ukraine and Georgia).

At the same time, the Russian media has been promoting the imminent NATO attack on Russia and Ukraine in the Donbas.

Soon after, the war became a reality.