Taliban Government In Afghanistan; One Year In Review4 min read 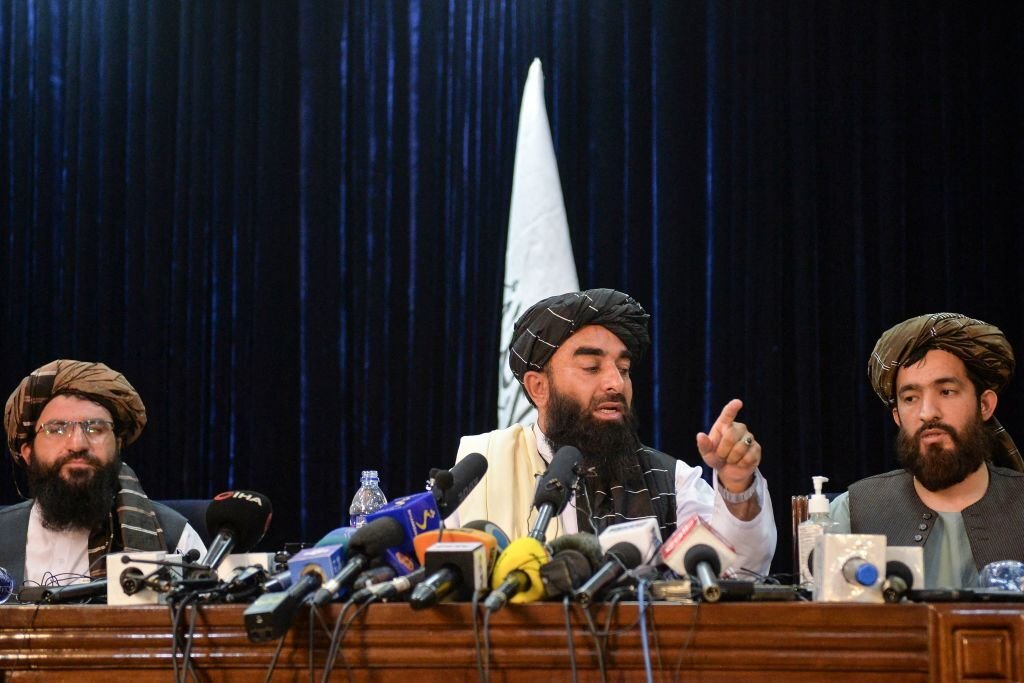 After one year in power, the Taliban Government has been trying to manage the economy in a situation of famine, the coronavirus epidemic, and increasing uncertainty since their predecessor government, but these efforts are failing.

Before the fall of the Western-backed government of Ashraf Ghani, 75 percent of the spending in the 2020-21 fiscal year was covered by the $5.5 billion that Afghanistan received in foreign aid.

But after the withdrawal of the United States from Afghanistan, international aid flow to the civilian and defense sectors was cut off. And sanctions were also imposed on the new rulers of Kabul.

Most of Afghanistan’s foreign reserves are in the custody of the United States. The United States has frozen seven billion dollars from the central bank of Kabul.

The US has released this money conditional on improving the situation of women’s rights and forming an inclusive government with the representation of Afghanistan’s ethnic and linguistic groups.

Taliban and many other countries have demanded the release of these assets of Afghanistan.

However, direct assistance to the people of Afghanistan and especially efforts to reduce the suffering of victims of the food crisis and natural disasters are also ongoing.

According to the 2020 data, the population of Afghanistan suffering from malnutrition has reached about 38.9 million people.

USAID and other international donors are bridging the short-term funding gap to save Afghanistan’s public health system from collapse.

According to the United Nations Office for the Coordination of Humanitarian Affairs, in 2021, international donors provided US$ 1.67 Billion in humanitarian aid to Afghanistan.

Among them, the largest amount of 425 million US$ was given by the United States. In January 2022, the White House announced an additional $308 million in aid.

Revenue Collection By The Taliban Government

However, according to some experts, the Taliban have been surprisingly adept at collecting revenue.

From December 2021 to June 2022, the Taliban collected $840 million in revenue. Of this, 56 percent was received from customs revenue. Apart from this, income was also obtained from importing coal and fruits to Pakistan.

According to “The Economist,” Taliban’s annual income from the tax on the drug trade is between 270 and 350 million US$.

Apart from this, by setting up checkpoints on the main highways, the Taliban fighters received an income of 2.5 million dollars from the vehicles carrying food and fuel.

The result of these efforts of the Taliban for revenue is that the Taliban government has presented a budget of 2.6 Billion US in the current fiscal year of 2022-23.

Several proposals have been exchanged between US and Taliban officials to release billions of frozen Afghan dollars through trust. But there is a significant disagreement on these proposals on both sides.

A central point of contention is that the Taliban limit Afghan citizens’ rights to education and freedom of speech within the limits of Islamic law.

Global concern about women’s rights in Afghanistan has increased since the Taliban came to power.

Because they have been insisting that in the Islamic Emirate they established, women will be given rights within the scope of Sharia.

Ministry of Education had promised that secondary schools for girls in grades 7 to 12 would reopen by March 2022.

But on March 23, the Taliban suddenly changed its stance. They announced that additional planning was needed to provide separate education for boys and girls, and the decision was subsequently postponed.

Girls’ schools are still awaiting a decision in most parts of Afghanistan. While boys’ schools started immediately after the end of President Ashraf Ghani‘s regime.

However, some families are making arrangements to send their daughters to school even in these circumstances.

In Kabul, girls’ high schools are sending back students. But the spring semester started in various cities of Kunduz and Mazar-e-Sharif in northern Afghanistan.

In Ghazni education has also started in schools supported by the Swedish NGO Swedish Committee for Afghanistan (SCA).

Apart from this, individual efforts are being made to continue girls’ education against this ban by the Taliban government.

When the Taliban government was established in 1996, there were 5,000 girls enrolled in schools. By 2018, this number had increased to 3.8 million.

According to the United Nations organization UNESCO, there were reports of large-scale corruption in the education sector.

The Situation Of Media And Other Sectors

In their first press conference since seizing power, the Taliban said in August 2021 that they would welcome ‘free and independent media.

But in the following months, the Taliban issued a series of directives to the media that critics described as tantamount to censorship.

Women journalists are banned from working in government media. Women working in private media have been forced to cover their faces when appearing on screen.

In some provinces, journalists must obtain prior permission from local authorities to report. In addition, media companies have been banned from broadcasting music and entertainment programs.

Their sources of income from advertisements have also been cut off, due to which many institutions have closed down.

Afghanistan has fallen to 156th of 180 countries in the world press freedom ranking released by Reporters Without Borders (RSF).

According to the organization, after the return of the Taliban government, freedom of expression, journalists and especially women journalists are facing serious threats.

In addition to media restrictions, in a three-day conference in March, the Taliban leadership made beards and wearing Islamic clothing obligatory on male government employees.

Restrictions such as gender segregation in city parks and women not traveling without a veil were also imposed.

The Taliban also ordered shopkeepers to remove the heads of idols used to display clothes, declaring them unIslamic.

A provincial branch of the Taliban’s Ministry of Prosperity and Prosperity had banned women’s public baths in Balkh and Herat. Most of the women of these

provinces had to go to these baths for bathing.

Internally, the biggest threat to the Taliban is the Islamic State of Khorasan and Al-Qaeda.

After the Taliban came to power, the number of bombings in Afghanistan decreased.

In April, six people were killed in an explosion at a school. There were a series of bomb attacks In May 2022, some of which were claimed by the Islamic State.

As far as international relations are concerned, any country has not recognized the government of the Taliban.

However, the Taliban leadership was invited to participate in the international conference in Tashkent, the capital of Uzbekistan.

Delegates from 30 other countries, including the European Union, the United States, and the United Nations, participated in this conference.

Russia became the first country to allow the appointment of a Taliban diplomat in April this year.

Western governments insist that any progress in recognizing the legitimacy of the Taliban government is possible only after establishing a representative government in Afghanistan and improving the women’s rights situation.

China maintains direct ties with the Taliban leadership. Representatives from both sides have met on numerous occasions at bilateral and international forums. Reconstruction projects within Afghanistan have also been discussed in these meetings.

In addition, China is active in negotiations with regional and international powers on Afghanistan issues at several international, multi-national and bilateral forums.

International organizations such as the Aga Khan Development Network continue to work there. They restore and improve Afghanistan’s historical sites, parks, and other structures.