QUICK POPS
Low Foreign Exchange Reserves , Is Pakistan Going...
Will The New Military Leadership Be Able To...
Anwar Ibrahim: Malaysian Opposition Leader Is The Country’s...
Space Supremacy: Which Country Owns The Moon?
NATO: Political And Military History
Why Is The Appointment Of Pakistan’s Army Chief...
Honorary Diplomats And The Abuse Of Diplomatic Status
Trump Announces To Enter The Presidential Contest Of...
G20 Summit : Participating Countries At Odds
The World’s Population Has Reached Eight Billion Mark
Diplomacy

Honorary Diplomats And The Abuse Of Diplomatic Status4 min read 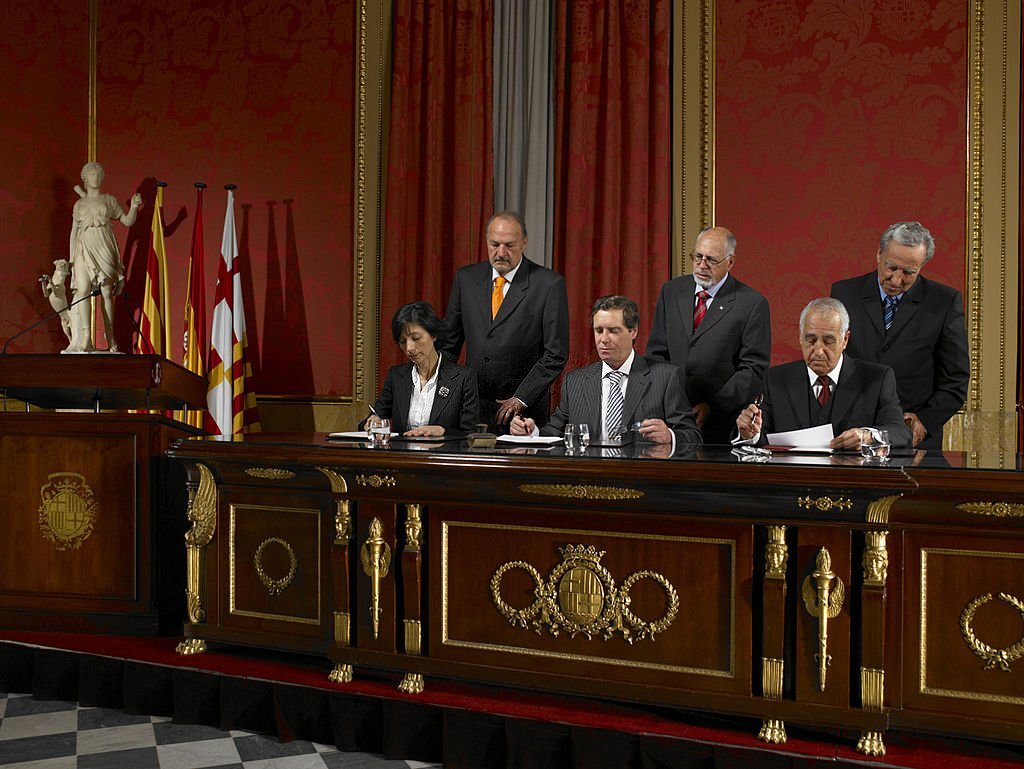 Such non-professional diplomats are volunteers and the rules and regulations governing them are also very vague.

An investigation has revealed that diplomats appointed as honorary consuls are those important characters of international diplomacy regarding whom the least legislation has been done to date.

In many cases, this status is used by people with criminal backgrounds and even terrorists for their own benefit and protection.

Under What Circumstances Do Honorary Diplomats Work?

Such voluntary diplomats or honorary consuls legally perform their duties in non-transparent circumstances.

They enjoy partial diplomatic immunity around the world, but there is almost no system to monitor their activities.

That is why such a position is used in such a way that it can become a threat to the rule of law.

The investigation found that the monitoring system for honorary diplomats was very poor.

This status is widely used by people who want to make themselves rich in this way.

They are working on some political agenda or want to avoid law enforcement to protect their interests.

The Example Of Turkey

The investigation’s Turkish language department has developed its own data bank.

This deals with local people who live in Turkey and have the diplomatic status of Honorary Diplomats.

A total of 328 people are included in this list and 22 of them are politicians. 14 of these 22 Turkish politicians belong to the political party of Turkish President Recep Tayyip Erdogan.

The surprising thing is that out of more than three hundred Turkish personalities, there are at least 50 who have been involved in various scandals.

The charges leveled against such individuals range from drug trafficking to so-called exports, rigged tenders, and involvement in illegal gambling.

Moreover, cases were also conducted against such personalities in various courts, but no final punishment was given to anyone.

Such Scandals Do Not Happen Only In Turkey

The involvement of honorary diplomats in various scandals is not seen only in Turkey.

The findings of the ‘Shadow Diplomats Investigation’ also revealed that being an honorary diplomat is a long-overlooked aspect of international diplomacy, used by arms dealers, murderers, sex offenders, and other criminals.

These fraudsters have also been using it for their own benefit around the world and are still doing it today.

Some aspects even came to light that terrorists were also among those who benefited from this lack of supervision.

This very comprehensive research also made it clear that the main purpose of the honorary consul system was to use the generosity of highly respected citizens in different societies for diplomacy.

But now this system is apparently becoming a structure, which may threaten the rule of law around the world.

Honorary Diplomacy While Away From Home

The data about the total number of honorary diplomats currently working in different countries around the world is unclear. Still, it is estimated that this number is in the thousands globally.

One of these honorary diplomats is Ong Muay Myint, who is the honorary consul of Belarus in Myanmar.

His company helped buy missiles and planes for Myanmar’s ruling military. This military junta has ruled the country in a bloody fashion for the past year.

Another example is that of Ladislav Otakar Skakal, a former honorary diplomat of Italy in Egypt. He tried to smuggle out of Egypt five ancient embalmed body masks, more than 21,000 historical coins, and an ancient wooden coffin.

All these historical items were enclosed in a diplomatic container, on which Skakal’s name and his previous diplomatic post were also written.

According to court records, all these antiquities were sent from Egypt to the Italian city of Salerno. But due to an error in the documentation, when the Italian authorities searched the container, they found everything that was not supposed to be in it.

Later, Sakakal was also sentenced to 15 years in prison by a court in Cairo, but in his absence.

Experts believe that Skakal is still in Italy. But even if the Italian authorities decide to take legal action against him, he cannot be sent back to Egypt. Because there is no extradition treaty between the two countries.

During the ‘Shadow Diplomats Investigation’, media organizations documented at least 500 cases. In these cases, an Honorary Consul was involved in some form of scandal or illegal activity.

A question is also who is the honorary consul? Such honorary diplomats work for the governments of other countries in their respective countries. Often in regions where the country concerned does not have an embassy or consulate.

Their job is to promote the interests of the countries they represent. Such persons also perform consular functions on a limited basis, but are not remunerated for this.

It is, however, true that being an honorary consul opens up a whole new world of diplomacy to such individuals.

Under certain circumstances, such diplomats are entitled to the same privileges as professional diplomats.

According to the Vienna Convention on Consular Relations, honorary diplomats do not enjoy legal protection in all cases. But they do enjoy full immunity in their consular actions.

A major advantage is that when Honorary Consuls travel and declare their baggage or entire container as diplomatic, it becomes very difficult for any country’s customs authorities to trace it.

The findings of the ‘Shadow Diplomats Investigation’ also revealed that those holding honorary diplomatic posts enjoy many privileges, but little or no monitoring of their activities is possible.

Moreover, the purpose of the tradition of appointing honorary consuls was constructive and positive, but this honor can easily be misused.

As a result of this research, it was also observed that in many cases, the terrorists wanted the status of honorary consul for themselves and they got this honor.

The demand for such diplomatic positions has increased so much at the global level that many small and poor countries are even thinking of selling this honor for a few thousand dollars.

The final conclusion of this detailed and very long investigation is that being an Honorary Consul is a privilege, but due to the increasing trend of misuse, this privilege may become a great liability and problem in the future.

Trump Announces To Enter The Presidential Contest Of 2024

Why Is The Appointment Of Pakistan’s Army Chief Important For The World?