Iran : Chances of More Repression or Reform in the New Year?3 min read 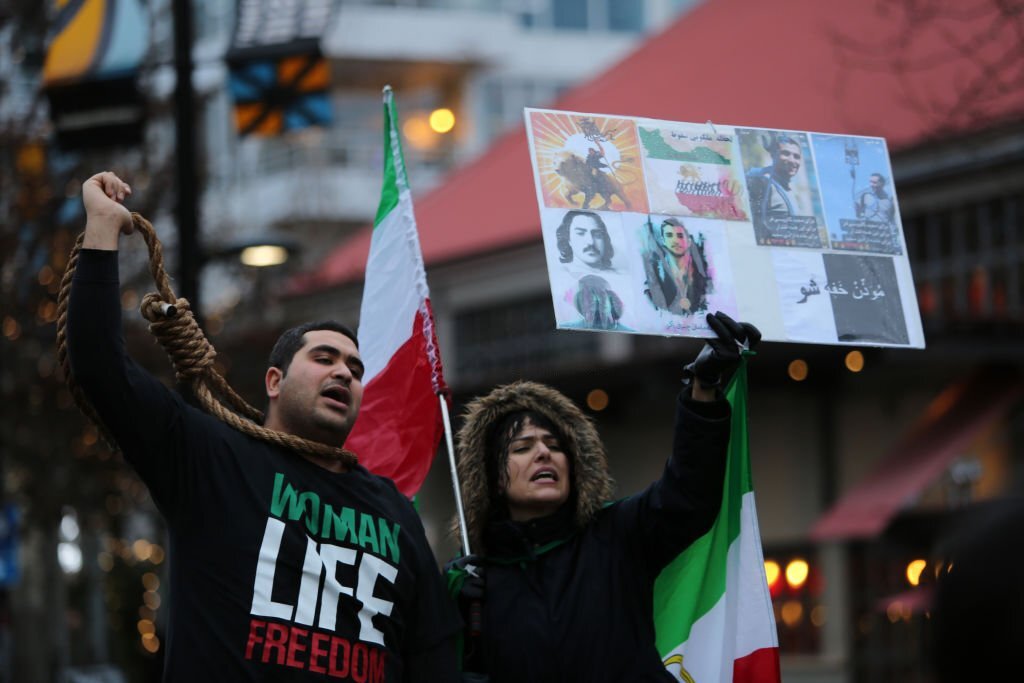 The new year will not be easy for Iran, and its people as the rift between the rulers and the people continues to widen. Iran has also reached a dead end on the foreign policy front.

Last year, i.e. 2022, has proved to be a year since the Islamic Revolution of Iran, in which the Tehran government has faced enormous challenges.

Since the Islamic revolution of 1979, the public demonstrations led by women demanding equal rights and more freedoms have caused the government, which consists of religious scholars, to be in the biggest trouble.

The death of Mehsa Amini, a 22-year-old Kurdish-Iranian woman in police custody, has mobilized Iranian women to take to the streets against daily humiliation, abuse and gender discrimination.

Despite a heavy crackdown by security forces, thousands of Iranian girls and women refuse to wear headscarves in public and have challenged the country’s political system against the ban.

A Cultural Revolution In Iran

Azada Kian is the director of the Center for Gender and Feminist Studies at the University of Paris and a long-time researcher on women’s movements in Iran. He said, “what women are doing in Iran is nothing less than a revolution, it’s at least a cultural revolution,”

He added, “For the first time, we are seeing a large number of women overcoming their fear and showing themselves in public without the mandatory hijab, at least in the big cities.”

The sociologist added, “The current demonstrations and protests in Iran have greatly secularized the identity of women in society and this has encouraged Iranian women to intensify their struggle for equal rights.”

The image of women plays an unusual role in the ideology of a theocratic state like Iran because, according to this Iranian theocratic state, women must play a ‘subordinate’ role in society, wear the hijab and accept this restriction.

Since the Islamic Revolution of Iran, wearing a headscarf has been mandatory for girls and women in this society.

The World Economic Forum’s Gender Gap Report shows how marginalized women in Iran are because of their gender.

In the report, Iran ranks 143 out of 146 countries regarding gender equality. Nevertheless, it is also a fact that more women than men have studied in Iran’s universities for many years.

As of 2006, about 60 per cent of Iran’s students are female, according to official statistics. However, their participation in the labour market is only 15%.

“The hijab is the flag of the Islamic Republic. Those who refuse to wear the hijab will have to pay a heavy price,” says Hossein Jalali, an Iranian lawmaker and member of the parliament’s culture committee.

Recently he made this statement. Jalali also announced new punitive measures against women who do not wear hijab properly—for example, blocking their bank accounts.

Such statements show that despite nationwide mass protests, which have resulted in the deaths of more than 400 protesters and the arrest of nearly 18,000 people, Iran’s leaders are hardly committed to serious reforms.

Instead, the government is relying on a brutal crackdown and trying to intimidate protesters by executing arrested protesters.

“The government fails to understand how dissatisfied people are with the political system,” says Sediq Zebaklam, an Iranian academic. Since last October, he has been barred from teaching at any university for criticizing hardliners in Iran.

“The government’s sole aim at the moment is to end the protests through repression,” he said.

From his public statements in recent months, you can see that he has not proposed any solution to political or social problems.” Zebaklam added that mass protests could flare up again at any time.

Regional And Global Pressure On Tehran

The Islamic Republic of Iran has also reached a dead end on its foreign policy front. Negotiations in Vienna to restore the nuclear deal between Tehran and world powers have been stalled for months.

Even in terms of deepening its economic cooperation with China, Iran has yet to make significant progress.

The two countries signed a 25-year comprehensive cooperation agreement in 2021. Not one of the nearly 100 joint projects to develop infrastructure or establish free trade zones in Iran has made progress.

Chinese investors are withdrawing from doing business with Iran amid fears of possible US sanctions.

Even more painful for Iran is China’s growing rapprochement with Tehran’s rival in the Middle East, Saudi Arabia.

Shiite clerics in Iran and the Sunni royal family in Saudi Arabia see themselves as the religious leaders of the Islamic world and are both involved in proxy wars in countries in the region.

During Chinese President Xi Jinping’s official visit to Saudi Arabia last month, in December, the two countries agreed to increase cooperation in areas such as technology and security and further coordinate their policies on Iran.

They also stressed the need to “strengthen cooperation to ensure the peaceful nature of Iran’s nuclear program”.

They also called on Tehran to cooperate with the International Atomic Energy Agency and maintain “nuclear non-proliferation.”

Both sides stressed “respect for the principles of good neighbourliness and non-interference in the internal affairs of other states”.

Qatar and Iran share a natural gas field in the Persian Gulf that accounts for 18 per cent of global natural gas reserves.

However, Iran has been unable to produce gas and sell gas to the West due to US sanctions and Iran’s dilapidated infrastructure.

How Was The Taliban Rule In Afghanistan In The Year 2022?