Why Is The Appointment Of Pakistan’s Army Chief Important For The World?3 min read 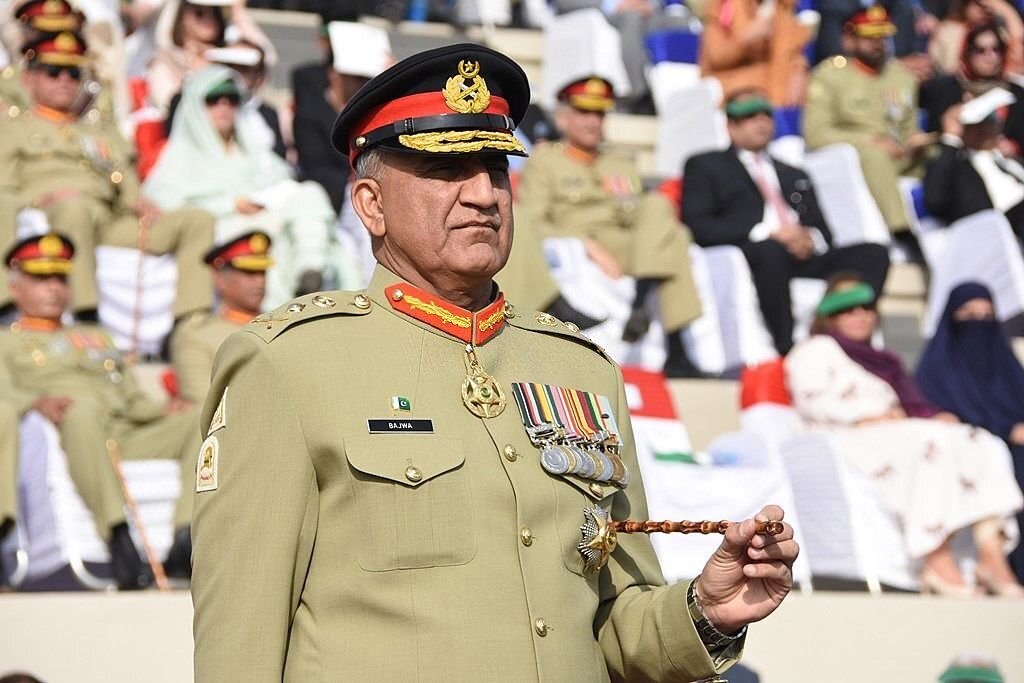 The leadership of Pakistan’s nuclear-armed army will be in the hands of a new chief from next month. General Qamar Javed Bajwa’s tenure as Chief of Army Staff will end this month.

Pakistan is apparently on the brink of a new crisis and the army is the most powerful institution in the country.

After the tenure of General Qamar Javed Bajwa ends, Pakistan has to appoint a new army chief. This appointment may have a significant impact on the future of Pakistan’s fragile democracy.

But whether or not it will allow improving relations with neighboring India also depends on this appointment.

During the 75 years of Pakistan’s existence, the military has seized power three times and has ruled the Islamic republic directly for more than three decades. During this time three wars were also fought with India.

Even when a civilian government comes to power in Pakistan, the military leadership still maintains influence over security matters and foreign affairs.

That is, the new military chief will decide how to maintain relations with the Hindu nationalist government in India. And the government of Taliban fighters in Afghanistan, and whether Pakistan will lean more towards China or the United States.

General Bajwa, who was appointed as the Army Chief in 2016, tried to balance relations with China and the US.

He worked with the United States and Western countries during the withdrawal of Western forces from Afghanistan last year.

General Bajwa also played an active role in the country’s economic affairs. He took an interest in making decisions about how much of the country’s budget would go to the military.

He made important visits to Beijing and Middle Eastern countries and helped secure financial aid for Pakistan.

He even invited Pakistan’s leading industrialists to a meeting at the army headquarters to encourage them to pay more taxes.

Air clashes between India and Pakistan took place in 2019 during his tenure. However, he continued to publicly support better relations with India and appeared to avoid escalating tensions.

For example, this year an Indian missile accidentally crashed in Pakistan’s territory, after which Pakistan showed restraint.

In early 2021, General Bajwa approved the renewal of a ceasefire agreement with Delhi on the Line of Control in the disputed Kashmir region.

At the internal level, he was accused of political interference. Politicians say that he helped Imran Khan to become the Prime Minister in 2018.

Earlier this year, Imran Khan accused General Bajwa of playing an important role in the downfall of his government.

How Is Pakistan’s Army Chief Appointed?

This month, the retired army chief will give a list of senior generals to the country’s prime minister. After which the prime minister will choose one of them.

It is rare in Pakistan’s history that one of the four most senior military officers has been made the new army chief.

The Army Chief’s tenure is for three years but is often extended, as was the case with General Bajwa.

Despite assurances from the army that General Bajwa will retire at the end of his tenure this time.

There are speculations that due to the current political and economic crisis in Pakistan, he may be extended yet again.

Why Is This Appointment Globally Important?

Pakistan’s army chief plays a key role in managing the risks of conflict with nuclear-armed rival India on its eastern border.

Similarly, their role is also important in dealing with possible instability and tension with Afghanistan on the western border.

Due to the geographical location of Pakistan and the unstable situation in the region, the governments of many countries of the world, including Washington and Beijing, have direct relations with the Pakistani army.

Several countries have questioned the security of Pakistan’s nuclear weapons from time to time. On one hand, Pakistan has nuclear weapons and long-range missiles, on the other hand, it has to take bailout packages from the IMF again and again. And there are militant groups against the West and India in the country.

In addition, internal security has also been a constant problem due to insurgency in the Pashtun and Baloch regions.

Despite all the threats, the Pakistani government and military have dismissed foreign concerns about the command and control, and security of their nuclear arsenal.

Why Is This Placement Important Internally?

Pakistan’s military has long been accused of interfering in the democratic process to maintain its hegemony.

19 of Pakistan’s 30 prime ministers were democratically elected, but none of them completed their five-year term.

After admitting its past meddling in politics in recent times, the military has said it will no longer interfere.

Whether the new head will stick to this commitment or not, this matter is of key importance regarding the democratic evolution of Pakistan.

In a country struggling with the economic crisis and historic floods, the new army chief may also play a role in lowering the political temperature.

Honorary Diplomats And The Abuse Of Diplomatic Status