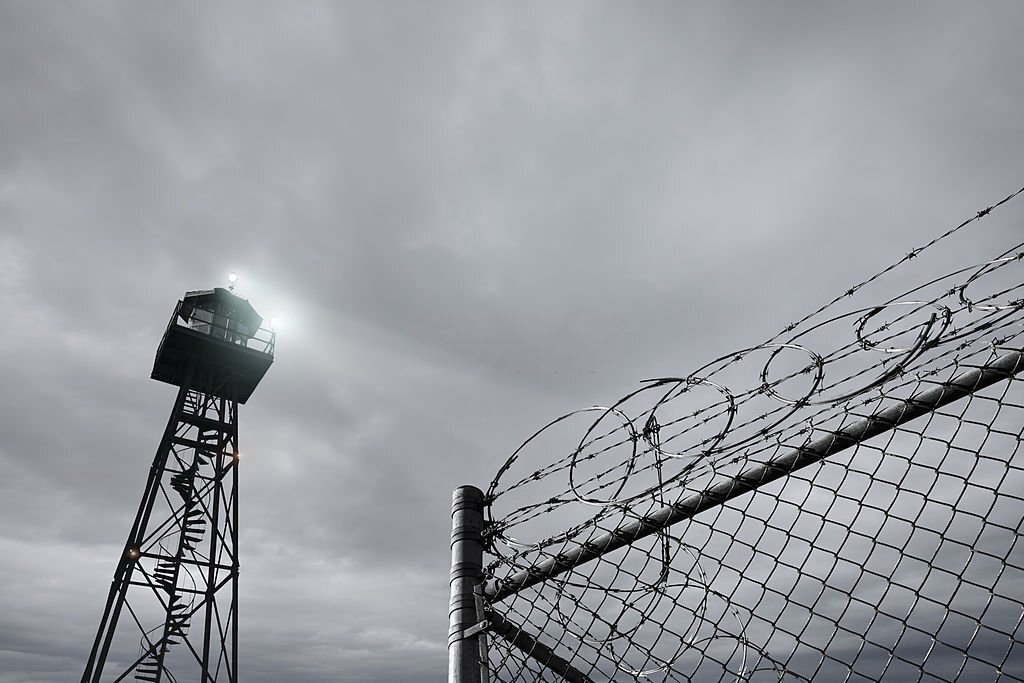 Prisons are places of confinement, typically used to detain people who have been convicted of a crime.

The purpose of imprisonment is to punish offenders for their criminal behavior and to protect the public from further harm.

Punishment can take the form of physical restraint, such as incarceration, fines, or restorative justice.

Punishment should be proportional to the crime, and it should be applied in a manner that is consistent and fair.

The goal of punishment should be to deter criminal behavior and promote rehabilitation.

Along with the development of civilization, the number of new crimes also increased in human society.

Punishments are prescribed by law to deter crime. Considering the criminals as a threat, it was decided to keep them separate from the common people.

One of its aims was to reform the criminals by keeping them apart.

There was no practice of prisons in ancient and medieval times. Ordinary prisoners, who belonged to the noble class, were confined in the basements of the fort, from where they were either released after amnesty or died in prison.

As there were no prisons in India, we know very little about where common criminals were kept, but imprisoned nobles were either handed over to an Amir to be looked after or sent to the fort of Gwalior.

The tradition was that conspiratorial and dangerous prisoners were made to drink poppy water every morning, with the poison of which they slowly lost their lives.

Aurangzeb imprisoned Prince Murad here, and he died in prison. When Sulaiman Shikoh, son of Dareshkoh, was brought under arrest, according to the French Black Bernier, the prince requested his uncle, Aurangzeb, not to give him poppy water.

Jahangir mentioned in his Tazak that Sheikh Ahmad Sirhandi should be imprisoned in the fort of Gwalior so that he could be reformed.

Dangerous criminals, rebels and conspirators against the government were immediately executed.

Ibn Battuta has written about Muhammad Tughlaq, that executioners used to stand ready outside the court and behead the criminal on the king’s orders.

A Dutch black describes during the reign of Jahangir that, common criminals were dragged and then killed immediately.

Even in European countries, there was no prison practice in the early times. There too, the forts were used as prisons, like the famous Bastille fortress in Paris, where political prisoners were kept.

Walter was also kept there as a prisoner, but on the occasion of the French Revolution, on 14 July 1789, the mob attacked the fort, freed the prisoners and demolished the fort.

In Great Britain, the Tower of London was a building for imprisoned nobles who were kept in prison.

In case of a death sentence, his neck was blown in front of the public on a platform outside.

And the executioner lifted his head and announced that it was the head of a traitor or conspirator.

Thomas More was imprisoned here and executed in 1535.

New prisons began to be built in Britain in the 19th century. Initially, the prisons that were built were very grand. Some buildings were a Roman architecture model, and some were Gothic.

There was a strong public protest that the public’s taxes were misused. There is no need for such magnificent buildings for prisoners.

After this criticism, the prison buildings changed. Earlier, they were located in the middle of the city, but later the prisons were built outside the city.

Apart from prisons, there were British and French colonies called penal colonies.

Here the prisoners of minor crimes were also deported to be used as slave laborers. They would build roads, clear forests and prepare agricultural land.

Notable among these is Australia, where Britain sent large numbers of convicts.

Pappilon is a film made about this French policy. It describes how prisoners were treated in the French Penal Colony. The chances of them escaping were also very low.

During British rule in India, the policies of deporting prisoners to other British colonies were followed.

Isolation is a book on the subject, compiled by Carolyn Strange and Alison Bashford.

One of Britain’s policies about prisoners was building prisons throughout British territory.

Another method was to deport criminals to Burma, Singapore and Mauritius.

There was a strong reaction among the Hindus against the deportation because, on the one hand, it was forbidden for them to go across the sea.

Another was food and drink problems for upper-caste Hindus outside India.

They were forced to meet people of other castes, but the government forced them.

When the East India Company discovered the Andaman Islands in 1789, it was full of forests, and some indigenous tribes lived in these forests.

After its occupation, the Company gradually cleared the forests and constructed some buildings there, and in the 19th century, they decided to make the Andaman Islands a penal colony.

Among the political prisoners who came here were Moplas from South India.

After the War of Independence in 1857, the British sent most rebels here.

The Archives Department of Sindh has a list of prisoners who were brought to Andaman from Karachi port. In the 1860s, when they tried rebels in India, they were exiled to the Andaman Islands.

One such person was Jafar Thanesari, who, after completing his sentence, published his experiences under the title “Kala Pani,” which is quite interesting in its own right.

In 1872, a Pathan in the Andaman Islands killed India’s Viceroy, Lord Mayo.

Savarkar also lived as a prisoner in the Andaman Islands. His cell, where he was imprisoned, is now a tourist attraction. Savarkar was released after apologizing to the British government.

After this, he turned from a nationalist Indian to a radical Hindu and came up with the ideology of Hindutva.

That is, the followers of those religions, born in India, but their religious places outside India, cannot be part of the Indian nation.

After independence, the Andaman Islands jail was converted into a museum by the Indian government, where they collected details about the freedom heroes.

It is also important to mention that Holland, like Britain and France, built a prison on Robben Island in South Africa.

Nelson Mandela was imprisoned here for 25 years by the Apartheid regime, where he was made to break stones. He would be held in solitary confinement for the slightest mistake.

It has also been the policy of European governments to punish all rebels rather than one individual. For this purpose, camps were established, surrounded by barbed wire, and then men. Women and children of the opposing community were imprisoned here, known as concentration camps.

Spain established the first camp of this type in Cuba in 1896. Britain imprisoned Boers in the Boers War lasted from 1899-1902. During the first war in 1914, the United States imprisoned the Japanese in camps.

After the uprising of 1942, the British government kept the Hur family in camps.

A similar camp was in Hyderabad, Sindh. This place was called Hur Camp.

Hitler learned this system of camps from America. In these camps, he interned communists, gypsies and Jews.

In these same camps, he built gas chambers, killing prisoners with poison gas.

There is a long history of crime and punishment. America has started trading in prisons like trade. Now private companies build prisons, and courts send criminals there as prisoners, who are forced to do hard work.

This prison trade is very profitable because most prisoners are poor and cannot pay their bail, so they must remain incarcerated.

How Was The Taliban Rule In Afghanistan In The Year 2022?