Difference Between Western And Islamic Concept Of State?6 min read 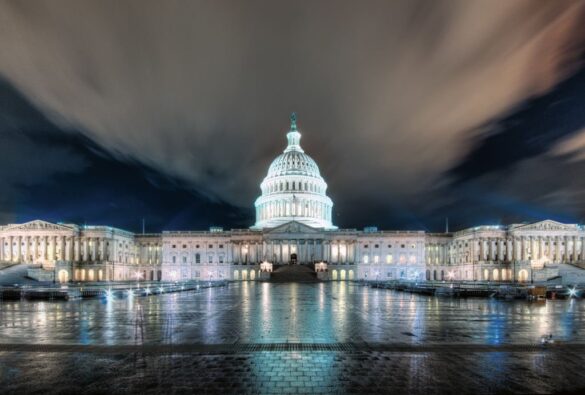 The Western concept of the state emphasizes the importance of individual rights, civil liberties, democracy, and the rule of law.

In contrast, the Islamic concept of the state is based upon the teachings of the Quran and the Sunnah, which emphasize the Islamic faith and values, and the sovereignty of Allah.

Islamic law, known as the Sharia, is used to define the responsibilities of citizens and the duties of rulers.

Islamic law also seeks to ensure justice and promote social welfare, but it does so through a different set of principles than those used in the Western conception of the state.

The Islamic and the western concepts of state may be compared in the following points:

Nature And Concept Of State :

The Islamic State has been based on three main principles, i.e., Towhid (Oneness of Allah), Risalat (Last prophethood And Messenger of Allah) and Khalifa (The ruler on earth).

Man is Allah’s vicegerent (Khalifa) on earth and is to impose the Divine commandments, Hadiths, and Sunnah impartially.

On the other hand, the western concept of the state is entirely different.  Its creation is rational to solve worldly differences among people and their collective problems.

Sovereignty And Concept Of State :

The main difference between the Islamic and Western states is the possession of sovereign powers.

On the contrary, the Islamic State comprises three elements, i.e., area, population and government, while sovereignty belongs to Allah.

According to Islam, sovereignty lies with Allah alone, and man is his viceroy on earth to follow and enforce his commandments.

It makes man bound to establish and organize a state according to the teachings and principles of Islam.

The Islamic State has no sovereign will, but it is run in the light of the Divine commandments, Hadiths, Sunnah and Fiqah etc. It is impossible to have a progressive society based on human intellect and reasoning.

It is often criticized that the state has no will in the Islamic state, but certain Divine Limits (Hadoods), Sunnah, Hadiths and Fiqah have confined its freedom.

This view is incorrect. If there is a hilly zigzag road, we see certain barrier walls on the other side of the road that do not obstruct the passage but make the passengers safe.

In the Holy Quran, there are numerous examples of the Islamic State, i.e., the states formed by Hazrat Joseph, Hazrat David, Hazrat Solomon, Hazrat Moses and Hazrat Muhammad (PBUH).

Masjid-I-Nabavi was its secretariat. The state was strengthened and expanded to its zenith by the Khulafa-I-Rashideen (The Pious caliphs).

There are different views about the origin of the Western state. It was a city-state, then a kingdom, empire, feudal state and now a ‘nation-state.’

The nature and sources of law in the Islamic and western concepts of state are also different.

Western law is a rule that is made, executed and adjudicated by the competent authorities. And this is to regulate the worldly affairs of the people.

Its sources are customs, comments of jurists, judicial decisions, religion and legislatures etc.

On the other hand, Islamic law is the system of rights and duties that enable people to spend their honorable lives and prepare themselves for eternal life after their demise.

Its sources are the Holy Quran, Hadiths and Sunnah of the Holy Prophet, Ijtihad, Ijma and Qiyas etc.

The nature of legislature and legislation is also different in the concepts.

In the Islamic state, the legislature is called ‘Shoora,’ comprised of very learned representatives.

The Muslim philosophers have described qualities for the membership of Shoora and the voters.

In the Islamic system, the legislature will enact rules for implementing the Divine commandments and other Shariah laws while making laws within the limits of Shariah.

In the western state, there is a nominal description of qualities for legislators and electorates.

The law-making power varies from state to state.

There is also a difference in the nature of rights.  The western state announces a man-made list of human rights, while in Islam, human rights are explained by the Holy Quran, and the last address of the Holy Prophet is a universal charter of human rights.

Another difference is the nature of women’s rights. The western state gives equal status to males and females, while in Islam, males dominate.

In Islam, women are given due respect and honor, while in the west concept of sexual difference has been abolished in the name of equal rights, which resulted in countless social problems.

Relationship of Religion and Politics:

The Western state has been based on secularism, which means the separation of religion and politics. Politics and religion have not been separated only, but religion has been subordinated to politics.

On the other side, the Islamic state discards the concept of secularism.

Islam is a complete code of life (Deen) dealing with all aspects of human life.  So, Islam not only keeps welded the two but subordinates politics to religion.

The most fundamental objective and functions of an Islamic State include the protection of Deen and the enforcement of the commandments of Shariah.

Islam, as such, imagines such a form of a system of government, which guarantees the protection of Deen, the practice of Islamic values and the enforcement of Shariah law, which in itself ensures material progress.

Deen is an end, and the state is a means to achieve it. Any political activity, which has no relevance to Deen, is not acceptable to Islamic polity.

The original purpose of the western state was to ensure defense (internal and external), but now its functions have multiplied, and the state has converted into a welfare state.

This Quranic verse summarizes the Islamic concept of individual and collective welfare: O Lord! Give us good in this world and good in the Hereafter.

It means that Islam wishes human beings to be successful and happy in this world and the Hereafter.

It should not merely declare Islam as the state religion. Still, it should also be practiced in administration, education, banking, commerce, and national and international relations.

Islam presents a system of caliphate-the vicegerent of Allah on earth.

The Caliph is to work within the prescribed limits of Shariah. In Islam, a ruler is one from amongst the Muslims and is a servant of the people.

Who, by the impression of wisdom, reasonableness and integrity, has been made protector of the affairs of all the people.

He is duty-bound to act under the dictates of Allah and make others act accordingly.

He should take his office as a trust from Allah for which he is answerable before Him and the people.

In his inaugural address, Hazrat Abu Bakr (RA) stated: O People, I have indeed been appointed over you, though I am not the best among you.

If I do well, then help me; if I act wrongly, then correct me. Truthfulness is synonymous with fulfilling trust, and lying is tantamount to treachery.

The weak among you are deemed strong by me until I return to them that which is rightfully theirs.

And the strong among you are deemed weak by me until I take from them what is rightfully someone else’s.

No group of people abandons Jihad in the path of Allah, except that Allah makes them suffer humiliation.

And wickedness does not become widespread among a people, except that Allah inflicts them with widespread calamity.

And if I disobey Allah and His Messenger, then I have no right to your obedience.

On the other hand, in the Western state, there are various systems for appointing and removing rulers.

Obedience In Concept Of State :

In Islamic polity, its entire people are bound to obey the ruler. If the ruler ignores Shariah, people are allowed to depose the ruler.

A criterion for obedience is that the ruler must work according to the provisions of Shariah.

In the western concept of state, the criteria for obeying the rulers vary from state to state.

The western states have been based on different ideologies. Modern nationalism, radicalism and sectarianism are alien to human solidarity and are the greatest hurdle in uniting people.

If the unifying force of Deen is excluded from the state’s body politic, it will give way to economic and political differences and disputes.

Allama Iqbal, in a radio broadcast speech, condemned the worldly isms. According to Allama Iqbal, disturbance and deterioration in human societies are because of worldly doctrines. He says the only ism is Islamism.

Democratic Spirit And Concept Of State :

Western democracy is based on popular sovereignty, while the former rests on the principle of a popular caliphate.

According to the Western concept, the people make their own; in Islam, they have to follow and obey the laws given by Allah through His Prophet.

Islam believes in limited democracy, while the west advocates imprisoned democracy. Islam stresses the qualities of the voters and candidates, while in the western concept, all people with