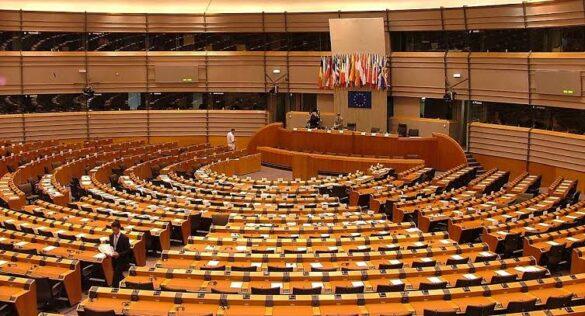 Harmony In Executive And Legislature:

In the parliamentary system, ministers are the members of the cabinet and the legislature.

There is a close relationship between the two organs. Ministers are to present bills in the legislature, and they are accountable before it.

This system is truly democratic, for the cabinet members are elected representatives and are responsible before people through their representatives.

The main principle of this system is ‘Coordination of Powers’, which means the share of powers by legislature and executive.

Generally, a legislature is elected by the people and is composed of the people’s elected representatives.

Government is responsible before the legislative organ for its activities. Both legislature and executive are directly or indirectly accountable before people.

The parliamentary system is the most responsible system, and people’s participation is ensured to a maximum extent.

One of the most vital merits of parliamentarianism is that ministers may be changed through pacific constitutional means in a time of tension.

The legislature may be dissolved in times of national crises. There is no rigid fixation on the term of government.

Although its tenure is constitutionally fixed, the executive or legislature may be removed before its fixed destiny.

So, this system’s unique feature can be changed according to the changing conditions.

In this system, all ministers are taken from the legislature, and they are very experienced parliamentarians and ring political leaders.

The Prime Minister selects able and experienced persons as ministers from his party. Cream leaders of the ruling party are given ministries.

Department or portfolios are allotted keeping in view certain factors. It is a basic need of this system that cabinet members must have the ability to guard the principle of collective responsibility.

In a parliamentary system, there is a close relationship between the executive and legislature. The members of both the organs have qualities like leadership, power of speech, political knowledge etc.

As there is a responsibility, ministers remain alert to face people, opposition, legislature, and press.

On one side, politicians gain political knowledge, while on the other, able and educated ministers are appointed.

The parliamentary system is more responsive and democratic than the presidential system. The executive in this system is accountable to the press, voters and legislature.

If the executive becomes dictator, the legislature removes the government, or he may be removed when the prime minister overrides his powers.

There are frequent and sudden changes in the cabinet, so the government remains ever unstable.

New ministers are appointed, some are removed, while portfolios are also changed. These frequent changes are to discontinue the plans of the ministers.

The cabinet’s term is fixed but not in a rigid sense, and the cabinet rules as long as it enjoys the support of the majority in the legislature.

In the case of a weak majority or coalition, the system marches towards instability.

This system produces a party government, and people are divided into various groups or parties.

Mainly the system is composed of two parties or groups. One is the ruling party that tries to run the administration.

Another group or party is the opposition, which tries to oppose for the sake of opposition.

These parties divide people into two hostile camps, and as a result, negative political culture is created.

In a parliamentary system, the legislature is not more than a stamp. It becomes a machine to endorse the bills drafted by the executive.

In this system, more than 80% -85°% bills are prepared by the executive, and the legislature has no choice but to pass government-sponsored bills.

If the bill presented is rejected by the parliament, it is no confidence in the cabinet, and the cabinet is then to resign. So, all real powers are concentrated in the executive in this system.

During foreign aggression, the parliamentary system seems incapable of facing the country’s situation.

Therefore parliamentary systems break, and national governments (combined governments composed of all political parties) are formed during the external aggression.

In England, national governments were created during the 1st and 2nd World Wars.

The parliamentary system ever remains ineffective in those states where there are multi-parties.

The parliamentary system seems unworkable in multi-party states except for a few States.

Coalition governments are formed, which are mixtures of political parties having different programs and ideologies.

No party in this system can implement its charter with open hands. Mutual differences of the allies destroy the parliamentary setup.

The ruling party always focuses its attention on maintaining its majority, and the opposition tries its best to abolish the ruling majority to overthrow the government.

It diverts the government’s attention from developmental activities. This is the reason why other walks of life are almost paralyzed.