What Is Dictatorship Or Authoritarianism?6 min read 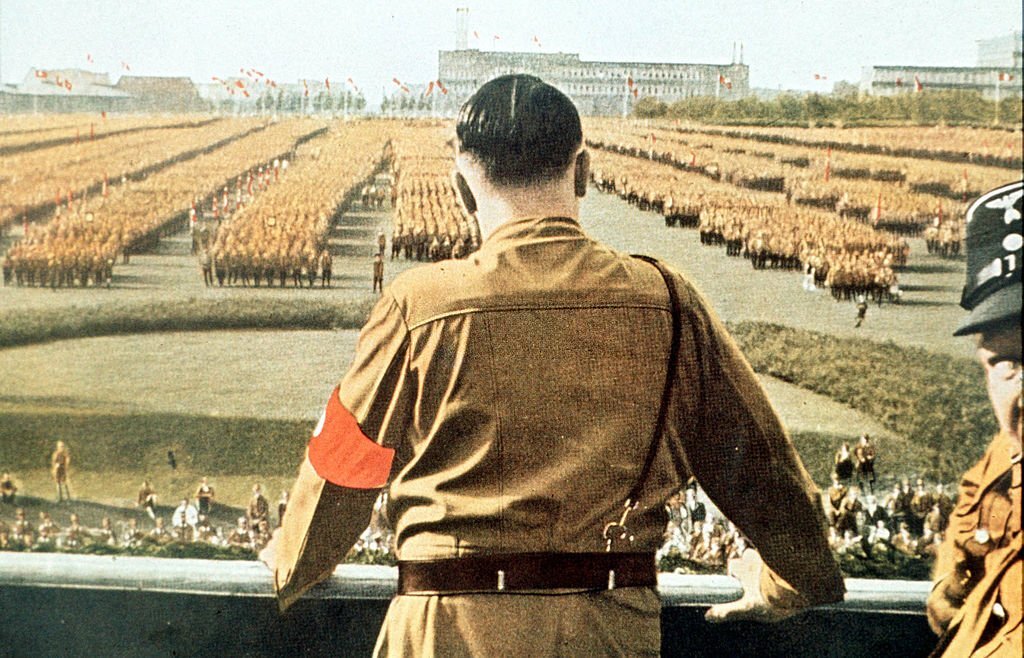 Dictatorship is a system in which all state powers are in strict control of a single person who gets these powers using force. He exercises the sovereignty of the state as he wants.

Such a system is ever established using the military during a political crisis.

Napoleon in France, Mussolini in Italy in 1921, and Hitler in Germany in 1933 established these systems.

It is a system in which people have no share, and it is a government through bullets, not through the ballot.

Authoritarianism need not be a dictatorship, strictly speaking, and may not be totalitarian.

Authoritarianism is a principle of complete subjection to authority, as opposed to individual freedom of thought and action.

In government, authoritarianism means any political system that concentrates power in the hands of a leader or a small elite that is not constitutionally responsible to the body of the people.

Authoritarian leaders often exercise power arbitrarily and without regard to existing bodies of law.

Authoritarianism means strict rules and established authority demanding obedience to authority. It is a political system in which compliance with the ruling person or group is strongly enforced.

Authoritarianism is a political system in which obedience to authority is strongly enforced. It may be defined as favoring strict rules and established authority.

Chambers Essential Dictionary: “Authoritarianism is a system in which a government tries to control people instead of allowing them the independence to make their own choices and decisions.”

As there is a very close affinity between dictatorship and authoritarianism, these systems have the following brilliant attributes:

These are the converse of democracy because democracy stresses equality and liberty. While in a dictatorship, people’s freedom, press, and speeches are banned, and those who criticize the government are discouraged and even crushed.

Equality and liberty are subject to regulation by the dictator only. The nature of rights given to people is subject to the sweet will of the ruler.

As the Systems are imposed by force, there is no capacity for liberty, rights, etc.

Such an education system is introduced in this system, which makes the ruler strong. Opposite propaganda is firmly controlled, and brains are changed.

All the institutions and citizens will and thoughts are molded according to the facility and requirements of the dictator.

In the German Nazi dictatorship, the education system was shaped in favor of Hitler’s ideologies that were to prepare students for war and to fill their minds with revenge and excessive German nationalism.

The same is the story of the education of Fascist Mussolini in Italy. People’s opinion is molded in favor of the dictator, and the ground is made for wide acceptance of the dictator.

All the state powers are centralized and exercised by a single person in an absolute way. The dictator controls all three organs of government, and there is no concept of separation of powers or decentralization of powers.

All the government’s agencies, institutions, and instruments remain in the severe grip of the ruler. The rest of the institutions and individuals are mere puppets to obey. The dictator or authoritative head is the sole reservoir of powers and himself above any law.

The Dictatorship Of A Single Party

In this system, the dictator forms a political party, controlling political activities.

Party is relatively centralized and is full of opportunists and selfish people. All other parties are made illegal and oppressed even if they exist.

In these systems, the state is excessively made sacred. The difference between state and government is finished, and no aspect of life is free of state interference.

The ruler wants to increase his powers and prestige. He is not concerned with the people’s needs and desires and always tries to change the environment to achieve his ends.

Result Of A Crisis

These systems are the children of political crises and other emergencies.

When a state is politically unstable, a person or disciplined group acquires political powers through the military or trained political volunteers.

So, every political crisis or emergency is usually followed by a dictatorship.

It is the unique feature of dictatorship that it transforms the system from crisis to stability.

Such stability is temporary in nature, and the dictatorial and imperialistic designs of the ruler compel the citizens to overthrow him.

Therefore, the stability given by a dictatorship is not durable. Generally, a dictator is to rule his state by force. But Rousseau says, “Will…not force is the basis of the state.”

Bureaucracy controls the ruler and the subjects, and the cream bureaucrats exercise the actual powers.

The interference of bureaucracy in governmental activities is itself a dangerous problem.

As a dictator tries to gain popularity and ground among the people. He gives more attention to people’s problems. And for this purpose, he selects the most intelligent executives, especially retired military officials, technocrats, and bureaucrats.

Therefore, every dictator has an able executive council to deal with his subjects and their problems.

Merits And Demerits Of Dictatorship Or Authoritarian System

Merits Of Dictatorship Or Authoritarianism

This system is always the reaction to political instability. The rulers become corrupt and preserve their interests.

People are rubbed to a maximum, and they are compelled to launch a campaign to overthrow them.

It provides stability for the time being, and people welcome such a military change. In this system, the ruler is the origin of all powers; therefore, he can make immediate decisions to cope with emergencies.

So, political stability of temporary nature is an important attribute of dictatorship. This system is very effective in states where the literacy rate is low than the alarming point, but only if the dictator is faithful.

If a dictator is faithful and patriotic, he appoints honest and intelligent ones as state cream Servants.

In a democracy, important appointments are made on a party basis, so corruption and political bribery occur.

In a dictatorship, the top most retired servants are given ministries with particular administrative skills to cope with the issues and problems of the nation.

After getting political power, the dictator wants to deep root his authority and desires people’s support.

For this purpose, a dictator introduces reforms and presents developmental plans, which result in economic development.

In a dictatorship, the military is given special attention to developing it. The army is made strong, and a large amount is allocated to military development.

Hitler as a dictator raised the military strength of a defeated Germany to such an incredible level in seven years that Germany fought for five years with all the major powers in the 2nd world war.

In Iraq, Saddam Hussain and Pakistan Ayub’s and Zia’s dictatorial regimes gave special importance to military development. It is because the military is the force behind the strength of a dictator.

Demerits Of Dictatorship Or Authoritarianism

In a dictatorship, all human freedoms are banned. Political parties, press, speeches, processions, and criticism are not allowed.

Political rivals are crushed by using all means. In short, such a system is based on force and violence.

Political victimization is a special characteristic of this system. Political opponents are given tough resistance and even severe mental and physical torture.

That Party is particularly victimized, from which power is taken.

Dictatorship controls political crises temporarily, but this stability is not durable. People are ensured that a dictator can face any challenge, but practically the ruler stabilizes his authority.

In this system, a dictator tries to divert people’s attention toward an enemy and stabilizes his rule internally.

When a ruler focuses on selfish ends and ignores general interests, people start campaigns against such dictators. So, stability is of temporary nature.

Issue Of Transfer Of Powers

Therefore, in a dictatorship, there is no legal way to transfer political powers, and the transfer of powers is possible only by violent means.

The end of the dictatorship is followed by a crisis, the crisis more severe and dangerous from the crisis, which the dictator finished.

So, it further destabilizes the state and almost brings ruins.

In this set-up, people and politics revolve around personalities, but personalities are mortal, while political institutions are eternal.

Therefore, the politics of personalities has wrong results. Seasonal politicians and opportunists extract benefits and facilities for themselves by surrounding the dictator, and the dictator is kept unaware of the actual situation in the country.

In this system, all types of state powers are in the hands of a single person, and he is free to use these powers in any way.

A dictator is not responsible for people and can interfere in all aspects of human life.

This system is anti-democratic. His orders are unquestionable, and he exercises absolute powers.

Corrupt and opportunist colleagues of the dictator keep him unaware of real people’s conditions, and he is misinformed.

Because of the wrong decisions of a dictator, various moral evils like dishonesty, bribery, favoritism, and corruption appear.

Therefore, a few selfish people sink the boat of the whole nation by providing wrong information to the ruler.

A dictator also tries to provide immoral support to his followers.

In a dictatorship, a ruler presents various plans and even forms a political party to consolidate his position.

His bogus followers are given special facilities that result in political bribery, economic inequalities, favoritism, and other social evils.

It is generally seen that in this system, various rights are snatched, the government is based on force, and it is not representative.

Criticism is not tolerated; parties are banned, and the press is not free. So, it reveals that it is a system contradictory to human nature and the psychological need of the modern era.

Advantages And Disadvantages Or Critical Evaluation Of Parliamentary...