What Is The Presidential System Of Government?5 min read 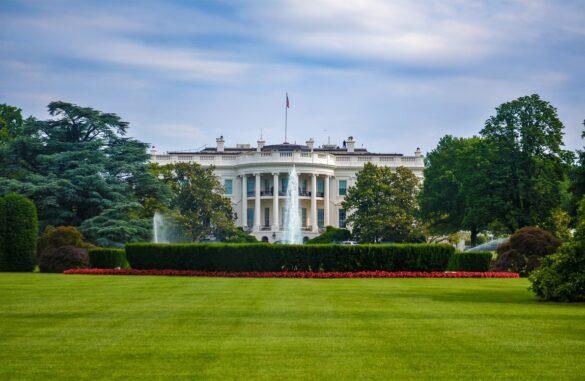 Oxford Dictionary defines The Presidential Form Of Government as, “It is a system in which the head of a republic is an elected President.”

According To Encyclopedia Britannica, “In Presidential systems, such as in the United States, the President is both the political head of the government and also the ceremonial head of state.

It is a political system where the head of state and head of government is an elected president. Both the legislature and the executive are separated from each other.

Citizens directly elect the President, and he is to appoint his ministers but not from the legislature.

Features Of Presidential System Of Government

All state powers are divided between the executive and legislature in the presidential system.

Both these government organs are independent and separate from each other. The legislators present bills, and there is no ministerial involvement in legislative affairs.

These organs cannot influence each other’s powers but to some extent.

The President and his administration have full power to deal with the execution and administrative policy while the legislature enacts laws.

President in this system is either directly elected or indirectly by the people.

In the USA, the President is elected indirectly by an Electoral College, and The American people elect the electoral college.

In the Constitution of Pakistan 1962, the President had to be elected by the Basic Democracies (BD) members, an electoral college. The people also elect members of Parliament.

The term of legislature and President’s office is fixed, and the President cannot be removed through a no-confidence motion.

The President may be impeached through a lengthy judicial process in case of mental incapability or severe illegal or unconstitutional activity.

The lower house cannot be dissolved before the expiration of its term.

So, unlike the parliamentary system, the term of the President and the lower house is rigidly fixed.

President in the presidential setup is the sole source of all executive powers, and he is the real executive.

The President is head of state as well as the government. He selects his ministers on his sweet will but not from Parliament.

Therefore he has been freely empowered to nominate or remove the members of the council of ministers. This free choice abolishes any chance of presidential excuse.

Separation of powers in a very rigid sense can create other side problems.

A system of check and balance has been introduced in the presidential system to control the isolated status of the two vital government organs, the legislature and the executive.

Both organs can interfere with each other’s functions to some extent.

In the USA, the President’s foreign agreement or important appointments are subject to the approval of the Senate.

The makers of the US Constitution knew that separation of powers in a rigid way might create despotism and dictatorship in the legislature and the executive.

Therefore both the organs were welded through a system of Check and Balance.

This system inter-links all the three organs of government to have to check up on one another.

Presidential interference in legislation through different ways checks upon the executive and judicial review system to check the acts of the legislature are the important examples of the Check and Balance system.

As the system’s name expresses, the President has superior status in this political setup.

He is the boss of his ministers, and his position is firm because he is the direct choice of people and responsible before people.

He is supreme because he is head of the state and the government. Party leadership also increases his prestige and honor.

He is not accountable before the legislature.

Merits Of Presidential Form Of Government.

In the presidential system, the term of President is rigidly fixed, and he cannot be removed from his office. Still he can be impeached only in case of physical or mental disability, gross misconduct, extra-constitutional activities, or severe corruption.

So, the President has a long time to impose his policies.

While in a parliamentary system, governments ever change, which causes instability and, resultant ineffective plans, the President can work with complete confidence and has no fear of any change.

In this system, the President nominates his council of ministers according to his own will, and he appoints experienced, able and expert politicians or professionals.

This system provides a wide chance to select his ministers from the whole country. The President appoints the ablest and most experienced persons.

President in this system is accountable to the nation; therefore, he is given a wide choice to appoint ministers according to his will.

So in case of any problem, he has no excuse.

The President or his ministers are not from Parliament; therefore, they do not have: any fear or care to focus attention on maintaining the confidence of the majority in the legislature.

They concentrate attention on administrative work and so, give the best services. They work with confidence and are responsible to the President alone.

There is a separation of powers; therefore, the executive or legislature can abuse powers.

Therefore, a check and balance system has been introduced that keeps the system integrated, and ways to abuse power are blocked. It controls the dictatorial use of state powers.

In the presidential form of government, bills are presented by the private members within the legislature and not by the government.

Therefore these bills are deeply discussed by legislators, without party guidelines.

Neither the government tries to pass the bills, nor the opposition attempts to obstruct the same, but a bill is discussed and evaluated in the larger state interests.

Therefore the resultant legislation remains effective. Both the parties analyze the bills keeping in view the national interests above any bias and political affiliation.

The quality of legislation is pure and sound compared to the parliamentary system.

In the presidential system, the President alone is responsible for all government activities, but he is not accountable immediately to anyone in practice.

Demerits Of Presidential Form Of Government

Because of the separation of powers, there is no coordination in both the government organs.

Government cannot interfere in legislation, which sometimes is necessary because of the changing needs.

This is inconvenient when the President is from one party while in Parliament, another party is in the majority.

In the USA, coordination in the form of check and balance has been introduced. Separation of powers is not possible very rigidly.

Separation of powers, if applied very rigidly, can produce despotism in government.

The term of office of legislature and President is fixed, and changes are impossible in government, which is necessary sometimes because of changing conditions.

There is no solution to the problems in this system if the legislature or President abuses their powers.

Although the President may be impeached, it is a very complicated or impracticable procedure.

The President, in practice, is not responsible before Parliament. If his acts are personal and not according to the will of the people, they cannot remove him but can reject him only in the next elections.

If a president is not faithful, he can exercise state powers to preserve his interests. It is an important demerit as compared to the parliamentary system.

There is no parliamentary responsibility, and the President is not directly responsible to the nation.

The Constitution of the presidential form of government empowers the President to appoint his ministers through his own will and choice.

The President may nominate those who are not experts and experienced. He may adopt favoritism in selecting his council.

It mainly depends upon the President’s faith, personality, and likes and dislikes.

The situation becomes hazardous if a president wants to rule for his term and is reluctant to continue in politics in the future.

In this setup, government policy is the outcome of the brains of the President only.

He formulates policies according to his sweet will and ignores any consultation.

A policy is profoundly discussed in the parliamentary system by the Prime Minister and his cabinet.

Government is an art that may be effectively run through consultation. So, the administrative policy remains weak and ineffective in the presidential system.

Advantages And Disadvantages Or Critical Evaluation Of Parliamentary System

China Accuses The US Of Disrupting The Beijing Winter Olympics 2022

Advantages And Disadvantages Or Critical Evaluation Of Parliamentary...