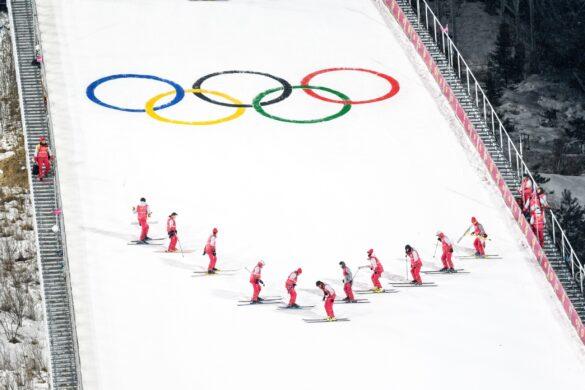 Chinese state media has claimed that the United States is paying its athletes to disrupt the upcoming Winter Olympics in Beijing.

China’s allegations came a week after the start of the Winter Olympic Games in Beijing, but the US embassy in China immediately denied the allegations.

China Daily quoted informed sources as saying that the plan is to stop the athletes from participating in the competitions and show the players’ dissatisfaction with the arrangements made by China.

China has announced that the 2022 Winter Olympics will be on schedule.

Foreign Ministry spokesman Xiao Lijian said that China expects the 2022 Winter Olympics to be held “easily” and on schedule.

The arrival of the new Corona variant Omicron variant will not affect the Olympic schedule.

Earlier, citing human rights concerns, the White House has said no government delegation would be sent to the Games.

However, American athletes can participate in these competitions, and they will have the government’s full support.

It is worth mentioning that the United States withdrew from the Moscow Olympics to protest the Soviet invasion of Afghanistan in 1980.

In response, the Soviet Union and its allies boycotted the Los Angeles Olympics of 1984.