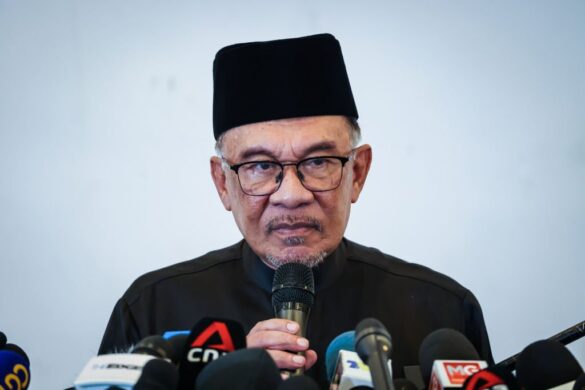 Malaysia’s King Abdullah, after consultation with all political parties, announced on Thursday that opposition leader Anwar Ibrahim will be the country’s next prime minister.

While in Malaysia, to become the Prime Minister, a minimum of 112 seats in the parliament is required.

Malaysia’s Coalition National Lines’ (PNG) came second in this election. It also attempted to secure a majority capable of forming a government, winning 73 seats in parliament.

Thus, none of the parties could get the desired seats in the parliament. Complex political negotiations have been ongoing in Malaysia since the election.

Anwar Ibrahim has previously served as the deputy prime minister and finance minister of the Southeast Asian country. For more than 20 years, he repeatedly tried to become the prime minister.

He was Mahathir’s deputy prime minister in the 1990s, working alongside longtime Malaysian Prime Minister Mahathir Mohamad, but was jailed for corruption and homosexuality.

Homosexuality is considered an illegal and immoral practice in Malaysia. He was later released in 2004 in a surprise verdict.

He has now managed to garner the support of regional parties including the state of Borneo among other states.

As the first move of his government as Prime Minister, he announced that he would reduce the number of ministers and cut their salaries.

Mahathir Mohamad, now 97, has dominated the country’s politics for the past five decades. Mahathir contested the general election in Malaysia on November 5, 2022, but was defeated for the first time in 53 years. This was Mahathir’s first defeat after 1969.

Now, after facing defeat in the 2022 election, Mahathir Muhammad has announced his retirement from politics.

Hope For Political Stability In Malaysia

Since the announcement of the appointment of Anwar Ibrahim as the new Prime Minister in a decree issued by the Royal Palace of Malaysia on Thursday, November 24, political circles are hoping that stability can now be established in this country, which has been suffering from political instability for decades.

Anwar Ibrahim will be the tenth Prime Minister of the country.

It should be remembered that Malaysia has had three Prime Ministers in power in the last four years alone. Even before this time’s election, opposition leader Anwar Ibrahim claimed that his political alliance has enough support in parliament to form the government.

Diplomatic Coverage Of Sexual Misconduct Is A Conspiracy, Anwar Ibrahim

Malaysia is a multi-ethnic country, where political strife and instability can cause the country to suffer from various problems.

Anwar Ibrahim, in his election campaign, had promised the country to focus on eradicating corruption and lifting its people from the mire of inflation. Future actions and policies will now be gauged.

Will The New Military Leadership Be Able To Bring Stability To Pakistan?