Action Is Needed Instead Of Talks 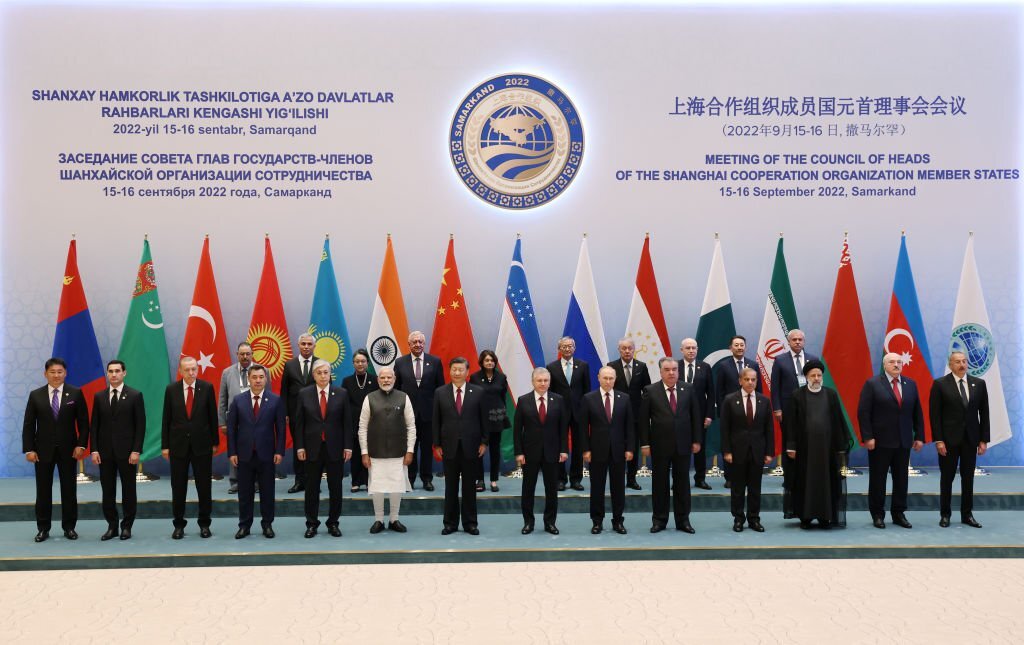 A meeting of the Shanghai Cooperation Organization (SCO) is being held in Samarkand, Uzbekistan.

Dozens of world leaders, including Chinese President Xi Jinping and Russian President Vladimir Putin, will participate in this meeting.

This year, the organization’s current chairman is the President of Uzbekistan, Shaukat Mirzayev.

Before the summit, he said, “All the member countries of SCO are our closest neighbors, friends, and strategic partners.”

Apart from Putin and Xi, the leaders of India, Pakistan, Kazakhstan, Kyrgyzstan, and Tajikistan will attend the meeting.

Apart from this, the leaders of Belarus, Iran, and Mongolia will also participate in the meeting on September 15 and 16.

The leaders of Armenia, Azerbaijan, Turkey, and Turkmenistan have been invited to attend as special guests.

While Afghanistan’s position in the organization has been unclear since the Taliban took over.

The SCO was originally an organization under the auspices of China, the Shanghai Five, whose task was to resolve border disputes between member countries.

Today, the population of its member countries is more than three and a half billion.

He said in a statement in Tashkent that trade, economic and industrial relations have been disrupted during the three-year-long global epidemic.

The organization lacks unity and is facing difficulties in solving security problems.

Pakistan and India, enemies of each other for decades, are part of the organization.

SCO has also failed to increase economic ties in the region because it is a trade agreement and not an investment organization.

The organization’s member countries also disagree on many infrastructure and development projects.

This year’s most significant challenge facing the summit is Russia’s ongoing war in Ukraine.

Kazakhstan, a member of the organization, has officially expressed displeasure over Russia’s war.

The Hosts Of SCO This Year

Uzbekistan got a one-year chairmanship when the world moves from one era to another.

Uzbek intellectuals and people from other fields expressed interest in the summit but also expressed concerns about it.

Jawahir Kudaratov is a doctor. According to him Uzbekistan’s holding the summit with a huge investment in its most important Silk Road city is to gain influence and draw attention to the fact that the SCO countries account for a quarter of the world’s GDP.

He said that millions of people in this block expect to see practical steps from the leaders.

He feels that the summit has become like a teahouse where leaders of countries that do not have good relations with each other and have not traveled abroad for a long time meet.

Sharifuddin Telganov, a political commentator in Tashkent, said that the world should look at the summit in practical terms.

“It is an annual gathering,” he said. It is significant that the Chinese president will participate in it, even though he has not visited abroad since the pandemic.

We still don’t know what issues these presidents will discuss in their meetings.

Telganov said that India and Pakistan also do not want this summit to be seen against the West. He noted that Tashkent also has the same opinion.

Chinese President Xi Jinping did not attend the dinner organized for the participating heads of state at the Shanghai Cooperation Organization meeting.

The President of China is in Samarkand, Uzbekistan, to attend the meeting of the Shanghai Cooperation Organization.

This is the first time since the start of the global epidemic coronavirus that the President of China is on a foreign visit.

A dinner was organized for the heads of state participating in the Shanghai Cooperation Organization meeting in Samarkand on Thursday. The leaders of eleven countries participated, but President Xi stayed away from it.

The Chinese president also did not appear in the group photos released Thursday night. Russian President Vladimir Putin, Turkish President Recep Tayyip Erdogan, and others can be seen in the photo.

On the other hand, China’s Foreign Ministry did not immediately respond to requests for clarification regarding Xi Jinping’s non-attendance at the dinner.

It should be noted that the global epidemic coronavirus was born in China at the end of 2019, which later engulfed the whole world. China still has strict protocols in place to control the corona cases.

President Xi arrived in Samarkand on September 14 to attend the Shanghai Cooperation Organization meeting. On this occasion, everyone in the Chinese delegation, including President Xi, wore masks.

President Xi met his Russian counterpart Vladimir Putin on Thursday, in which he addressed the Russian president as his old friend.

SCO Summit: Exchange Of Smiles Only Between Xi, Modi, And Sharif