Will The New Military Leadership Be Able To Bring Stability To Pakistan?3 min read 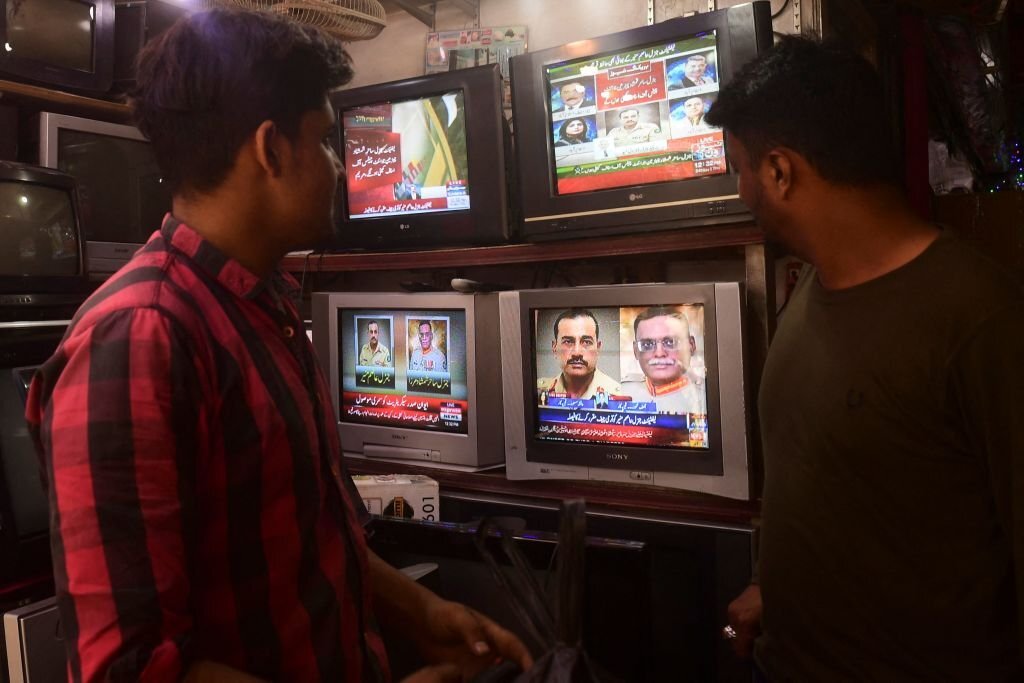 The appointment of the Army Chief and the Chairman Joint Chief of Staff Committee has been made in Pakistan.

Many circles in the country are questioning whether political and economic stability will come to the country after these military appointments.

It was hoped that after these important military appointments, the perception of political chaos in the country would end.

At the same time, the politics of protest and dharna will end but PTI says that it will continue the protest program.

The Protest Will Continue In Pakistan

The PTI says that their protest has nothing to do with the appointment of the Army Chief.

Imran Khan has already made it clear that the appointment of the Army Chief is not PTI’s problem.

A leader of the party and member of the Punjab Assembly, Musrat Jamshed Cheema, says that his party has not deviated from the demand for early elections at all.

“It is a completely wrong impression that we are abandoning our protest program,” he said.

On the contrary, we are setting up a tent city in Rawalpindi and more than one million people will come there.

Khan will decide whether to go to Islamabad or stay in Rawalpindi.

Some politicians believe that the role of the establishment will be very important in terms of political stability.

Senator Muhammad Akram Baloch from the National Party says that unless the establishment makes a clear policy, political stability is not possible in the real sense.

He said, “There are still indications that Imran Khan may still be patronized by the establishment.”

So, the establishment will have to make it very clear that it is with the current government and wants elections on time or it wants to support PTI behind the scenes.”

It should be noted that Pakistan’s foreign exchange reserves are rapidly decreasing.

Manufacturers in the textile sector are warning the government that this important industry is going to close down. Negotiations with the IMF are on hold.

According to Muhammad Akram Baloch, the establishment should keep in view the deteriorating economic situation of the country.

And should not support such forces which are further worsening the economic situation of the country.

An economist from Karachi, Dr. Shahida Mozart, says that there can be stability in Pakistan’s economy.

“The current army chief seems to me to be sincere and if so, then the military and political leadership should get rid of the IMF and find an alternative,” she said.

However, Hyderabad-based intellectual Imdad Qazi says that the economic scenario is disappointing.

He said, “Due to the protest rally, investors are getting scared. Business activities are being affected and if Imran Khan continues this protest program, the economy will suffer further.”

Law And Order And Stability To Pakistan

Pakhtun nationalists claim that the outlawed Tehreek-e- Taliban Pakistan is organizing in the former tribal areas of Khyber Pakhtunkhwa.

Here some tribal leaders have been killed while the Taliban are also challenging the effectiveness of the police.

Some politicians are also questioning whether these important appointments will improve the law-and-order situation. And bring stability to the erstwhile tribal areas and Khyber Pakhtunkhwa.

Former Member of the National Assembly Bushra Gohar is not very optimistic about this.

She said, “After the Afghan Taliban came to power in Afghanistan and because of the secret negotiations with the Pakistani Taliban by the Pakistani state institutions, the morale of the terrorists has increased.

They have established a shadow government in Khyber Pakhtunkhwa and they are also taking donations.

According to Bushra Gohar, it is a sign of fear that the ministers are also giving allowances for their own safety.

Therefore, considering this situation, it is difficult to say that there will be any stability to Pakistan in the tribal areas and Khyber Pakhtunkhwa.

However, the government is hopeful that the strength of PTI has been broken and it is no longer in control.

Former Khyber Pakhtunkhwa governor Iqbal Zafar Jhagra said in this regard. “Let Tehreek-e-Insaf hold as many dharnas as they want, elections will be held on time in 2023.”

Their demonstration is of no importance. I was in Islamabad yesterday and it has been decided that no pressure will be accepted in this regard.

I think that political stability will come in the country and Tehreek-e-Insaaf’s pressure tactics will not prove effective.