History And Politics Of Qatar : Host Of The 2022 FIFA World Cup3 min read 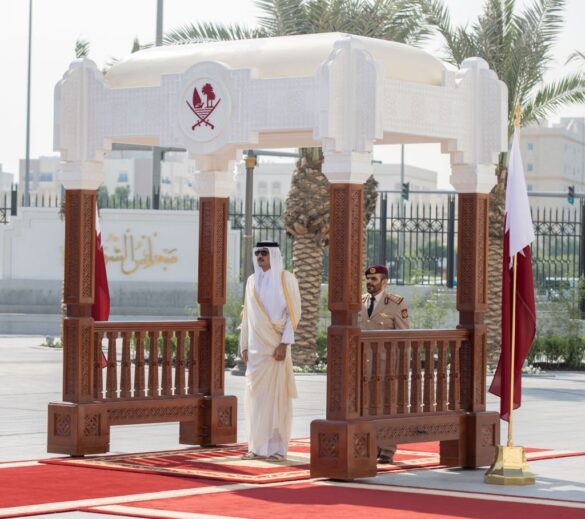 Qatar, a small but energy-rich Gulf nation, will now shine on the world stage in a way it has never seen before.

The reason for this popularity is Qatar’s hosting of the 2022 FIFA World Cup later this month. This seemingly small country has grown its reputation around the world.

Doha’s rulers have used their vast offshore natural gas fields to make their nation one of the world’s wealthiest citizens per capita.

Only 10% of Qatar’s population of 29 million are citizens. Granting citizenship to a foreigner is a rare practice here. Even though a strict form of Islam is enforced, foreigners can drink alcohol here.

They also used the money to host the biggest sports tournament in the world, to establish Al-Jazeera, the most recognized satellite news channel in the Arab world, and to build a huge military base to host US troops.

At the same time, Qatar is also a reliable negotiator of the West for talks with other parties, including the Taliban.

Qatar’s Location In The World

Qatar is located in the Arabian Peninsula and has a land border with Saudi Arabia. It is also close to the peninsular countries of Bahrain and the United Arab Emirates.

It is located across the Persian Gulf from Iran and shares vast natural gas resources in the sea with it.

Qatar is almost twice the size of the US state of Delaware. The majority of its 2.9 million people live around the capital Doha on its east coast.

Qatar is primarily a flat, desert country, where temperatures in summer rise above 40 degrees Celsius with high humidity.

Sheikh Tamim, 42, assumed power in June 2013 after his father abdicated the throne. Despite having a 45-seat Shura in the country, the Emir is an absolute ruler.

Like other Gulf Arab countries, political parties are banned here. Rights to unionize and strike are severely limited.

There are no independent human rights organizations working in the country. Only ten percent of Qatar’s total population are its citizens, who enjoy extensive government benefits throughout their lifetime. Naturalization is rare.

The Al Thani dynasty has ruled Qatar since 1847, although it was first under the Ottoman and then the British Empire.

Qatar follows an ultra-conservative form of Sunni Islam known as Wahhabism. Although, unlike neighboring Saudi Arabia, foreigners are allowed to drink alcohol.

Qatar also hosted talks between the militant group Hamas as well as the US and the Taliban, which led to the US withdrawal from Afghanistan in 2021.

Bahrain, Egypt, Saudi Arabia, and the United Arab Emirates boycotted Qatar for a year because of its support for Islamists. The boycott ended as President Joe Biden prepared to enter the White House.

The Emirati country of Qatar, which is barely visible on the world map, is making all efforts to appear very prominent on the global political map.

Qatar is an incredibly rich country. This Gulf country is sitting on a huge treasure of natural gas reserves.

If there were no crises and conflicts surrounding this state and if it did not face a dangerous rival neighbor like Saudi Arabia, then nearly three hundred thousand citizens could live carefree in this country.

After allowing Western troops to stay in the country during the 1991 Gulf War, Qatar built its largest Al Udeed Air Base at a cost of more than a Billion dollars.

US troops began using the base covertly after the terrorist attacks of September 11, 2001, and the subsequent invasion of Afghanistan.

A visit by then-Vice President Dick Cheney in March 2002 made the base’s presence in the Middle East public, although sensitivities about the US presence there persisted for years.

After that, in 2003, the United States moved the headquarters of the US Army’s Central Command to Al-Adeed Base. And began air operations against other groups, including Daesh, in Afghanistan, Iraq, and Syria. The base was also used to support the evacuation of Kabul.

About 8,000 US troops are still stationed at the base today. Along with this, Turkey also maintains a military base in Qatar.

Climate Change , Who Will Pay The Affected Countries?

Influence Of Human Emotions On Political And Social Situations