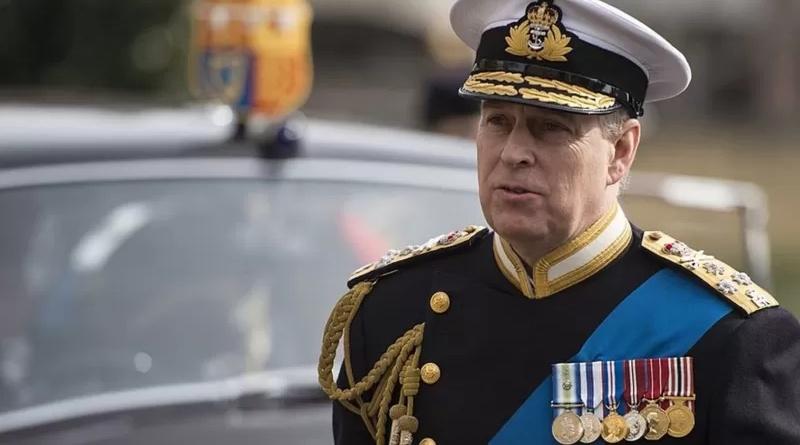 Queen Elizabeth’s son Prince Andrew has had his military and royal honors revoked in Britain.

Buckingham Palace has announced that the Duke of York’s military titles and royal honors have been returned to the Queen. According to royal sources, the title “His Royal Highness” will no longer be used for Prince Andrew.

Earlier in the day, a court in the United States had rejected Prince Andrew’s request to end sexual assault on a girl.

Following the ruling, Britain’s Prince Andrew will face a civil trial in the United States on charges of sexually assaulting a woman. At the time of the alleged incident, the woman was 17 years old.

Virginia Giuffre claims that Prince Andrew sexually abused her in 2001.

Citing a 2009 agreement Giuffre made with convicted sex offender Jeffrey Epstein, the prince’s lawyers said the case should be dropped. But a New York judge has ruled that the charges could be heard.

Prince Andrew has consistently denied these claims. At the time, Buckingham Palace had said it would not comment on the ongoing legal proceedings.

In his 46-page decision, Judge Lewis A. Kaplan of the Southern District of New York dismissed the appeal, which means the 61-year-old Duke of York could face trial this year.

According to court documents, Giuffre says she was sexually smuggled and abused by billionaire Jeffrey Epstein. The allegations also include assigning her to other powerful men.

The second son of the Queen of Great Britain and Ninth in line of the succession to British Throne, Prince Andrew, denied any recollection of ever meeting Virginia Giuffre and said that he had never had sex with Giuffre, in an interview with BBC News Night in 2019.

His lawyers told the court that in 2009 after a settlement agreement of damages lawsuit with Epstein, Giuffre agreed not to sue anyone else connected with Epstein.

During the virtual hearing, the lawyers said that the Duke of York is a “potential defendant,” and the case should be “dismissed” according to the agreement.

Virginia Giuffre’s lawyer said that only the parties to the settlement agreement could benefit, not any “third party.”

In his ruling, Judge Kaplan said that the agreement was not meant to be advantageous to the Duke of York.

The Judge said that in his decision, the defendant’s attempts to cast doubt on the veracity of the allegations of Mrs. Giuffre were not considered; however, such attempts will be allowed during the trial.

He added that for similar reasons, the court could no longer rule, that in fact, what the parties to the 2009 settlement agreement did, which was signed by Miss Giuffre and Jeffrey Epstein, what did it mean? ‘

The BBC’s Sean Caglin, a correspondent for Royal Affairs, wrote after the US court’s ruling that the ruling means there are more difficult days ahead for Prince Andrew.

Reputation was threatened even before using the agreement between Jeffrey Epstein and Virginia Giuffre to try to stop the case proceedings.

Now that it has been rejected, the case against him will proceed, and Giuffre and Prince Andrew’s lawyers will review each other’s stories, which will require detailed personal evidence.

In the fall, a civil lawsuit is being filed in New York, where Giuffre could formally make her accusation.

The British Royal, who has forcefully denied any wrongdoing, will have the opportunity to clear his name publicly.

But it is difficult to imagine the royal family wanting to see this agonizing trial in a New York court.

This could mean an out-of-court settlement. But even that is not the best solution because the charges will remain unresolved.

In this state of pressure, good solutions for the prince are running out.

After an interview with Newsnight in 2019, Prince Andrew apologized for his public duties.

In the interview, he had tried to assert that Giuffre’s allegations are baseless and said he once knew Epstein and his girlfriend, Gillian Maxwell.

In December, a jury in New York found Gillian Maxwell guilty of preparing teenage girls for prostitution and human trafficking and facilitating it. She is yet to be sentenced.

The royal family is firmly distancing itself from the toxic fallout of the allegations against Prince Andrew.

It is claimed that this was a step aside rather than something imposed by mutual consent. But military titles and royal roles will go to other family members, meaning they will not revert to Prince Andrew, regardless of the outcome of the trial. The door is closing on the return to public life.

It is not yet clear whether this applies to his constitutional role as “Counselor of State,” one of four royals who can take over the Queen’s official duties in the event the monarch is unwell.

The court case will continue to make headlines, and there will be concerns that it could cloud a jubilee year, but this unequivocal decision will have already answered the inevitable calls for him to be removed from his remaining public duties.

HOW VENEZUELA CAME OUT OF HYPERINFLATION: What It Means For The Country’s Shattered Economy?