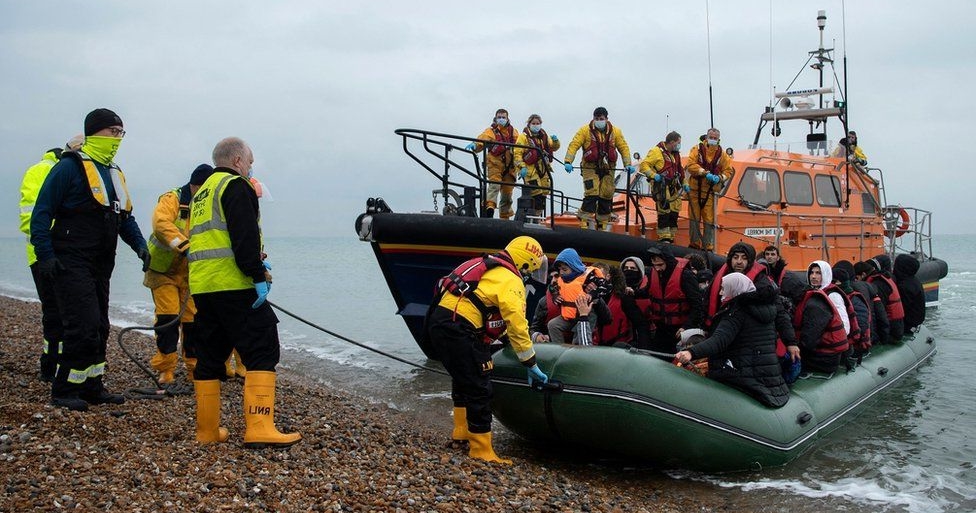 The most senior cleric in the Church of England criticized the UK government’s plans to send asylum seekers illegally entering the UK to the East African country of Rwanda.

“A country like Britain informed by Christian values cannot subcontract out our responsibilities even to a country that seeks to do well like Rwanda,” Archbishop Justin Welby said during a Sunday service.

The archbishop is just one of the many high-profile figures who have raised ethical questions about the UK’s controversial scheme with Rwanda.

So how does the UK plan to carry out this controversial scheme?

And is it even legal?

Here Are Some Basic Facts About Asylum Seekers Entering the UK

Under the scheme, illegal migrants who make illegal journeys by small boats or hidden in lorries would have their asylum claims processed in Rwanda.

That means people deemed to have entered the UK unlawfully will be flown to Rwanda.

If their asylum claim is successfully processed, they will have long-term accommodation in Rwanda.

This arrangement is reported to last for five years. For this scheme, the UK government said it would invest £120 million or $157 million.

It is also ready to invest another £50 million for the military to take operational command of responding to small boats in the English Channel.

This additional amount will go towards aerial surveillance of the English Channel, expert military personnel, bolstering border force teams and their existing patrol vessels, and providing a Wildcat helicopter.

Why Would Rwanda Accept Such a Scheme?

Some reports say this is part of President Kagame’s pro-western approach.

Recently in a seminar hosted by Brown University, Kagame said, “We are not trading humans; this is not the case. We are actually helping.”

He also said,” this is not the first time Rwanda has come to the help of asylum seekers.”

He talked about how in 2019 and response to the civil war in Libya, the African Union, the government of Rwanda, and the UN set up an emergency transit mechanism for evacuating refugees and asylum seekers out of Libya

Rwanda has since taken in hundreds of refugees from Libya and settled them in transit camps.

Many of these refugees have been resettled in countries like Norway, Sweden, and Canada.

This was considered a remarkable feat because Rwanda itself is a country where more than two million people were displaced amid genocide in 1994.

Then again, is this the same sentiment with which the UK government seeks to resettle asylum seekers via Rwanda?

More so, Rwanda is a country that the UK has come down heavy on for allegedly failing to address human rights violations.

In fact, UK’s international ambassador for human rights, Rita French had, in July 2021, expressed regret that Rwanda was not conducting transparent, credible, and independent investigations into allegations of human rights violations, including deaths in custody and torture.

Not to mention Rwanda, the 4th smallest country in Africa, is already home to over 120 Thousand refugees and asylum seekers.

So there are concerns about whether it can even host more.

Reaction Of The UN

The UNHCR, which is the UN’s mean refugee agency, has also refrained from directly commenting on the scheme between the UK and Rwanda

On 14th April, the day that the UK Home Office announced its plans, the UN said it remains firmly opposed to arrangements that seek to transfer refugees and asylum seekers to third countries in the absence of sufficient safeguards and standards.

While the UK government is receiving both internal and external backlash for this proposed scheme, let’s not forget that countries like Denmark, Israel, and Australia have implemented similar schemes too.

In fact, when Serbian tennis star Novak Djokovic was temporarily detained in a hotel, turned immigration detention center in Australia due to COVID, protocols recently re-erupted the debate about Australia’s treatment of asylum seekers.

According to some estimates, eight people have spent more than ten years in Australian immigration detention, and 117 have been detained for longer than five years.

Australian-based human rights lawyer Neha Prasad has called the UK and Rwanda scheme a copy of Australia’s immigration detention policy, which she describes as burden-shifting.

“The UK system is replicated of ours,” she said “this is presented as a panacea, as a resolution, but it’s nothing but actual derogation and burden-shifting to developing countries which is so unfair.

She added that Africa holds about 86% of the world’s refugee population while developed countries host about 18%, which is disproportionate, according to her.