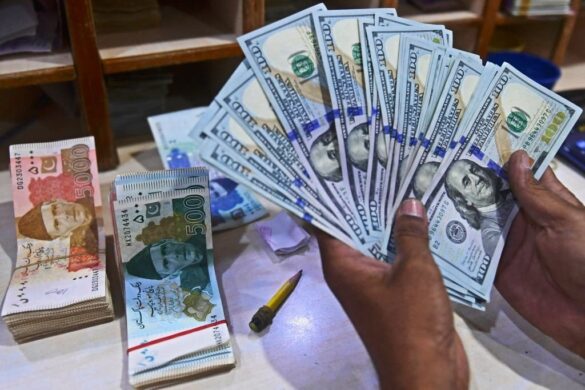 According to the Central Bank, the remittances sent by Pakistanis living abroad have also decreased significantly this month.

Economists say that in order to improve the current economic situation, the government of Pakistan will have to take strict measures.

Along with reducing the import bill and increasing exports, they will have to create an environment in the country that will increase foreign capital in the country.

So that investors can do business in the country in a better way.

According to the data released by the State Bank of Pakistan on November 24, 2022, the foreign exchange reserves of the country have decreased by 134 million dollars.

Reasons For The Decrease In Domestic Foreign Exchange Reserves

This is a worrying situation and has a direct impact on the domestic currency. At present, the value of the rupee is continuously decreasing in the country.

He said that two things are of utmost importance now. If Pakistan gets the fixed installment from the International Monetary Fund (IMF) and then other countries also give money to Pakistan, then improvement is possible.

He expressed his apprehension that if it is delayed, then the pressure on the rupee will increase.

Because the issue of receiving money from Pakistan’s friendly countries Saudi Arabia and China is also related to the IMF.

Muhammad Sohail said that the payments of Sukuk bonds have to be made now. After this payment, the foreign exchange reserves of the country will decrease further.

Is Pakistan Heading Towards Default?

Economic expert Samiullah Tariq says that Pakistan is definitely in trouble at the moment but there is no default situation.

He said that the data released by the central bank is a cause for concern, “There has been a significant decline in remittances sent by overseas Pakistanis.”

Economic analyst, Abdul Azim, said that there is a need to take measures on an emergency basis for the economy.

Pakistan will have to rely more on its own resources than on debt, “imports should be reduced and exports increased.”

This is a direct improvement for the country. Interest has to be paid along with the repayment of the loan. While if the exporters are given facilities, the dollars that come into the country are a good and long-term benefit for the economy.

Chairman of the Securities Association of Pakistan, Zafar Paracha, said that the statements of the federal minister, who has been in the news about the increasing value of the dollar, do not seem to be coming true anymore. “The domestic foreign exchange reserves are decreasing now.”

Due to the smuggling of dollars from Pakistan and the illegal market, there are three dollar rates in the country.

He further said that Karachi, Lahore, and other cities have this rate while in Peshawar the dollar rate is 245 rupees.

Due to this the market is constantly seeing a difference in the supply and demand of dollars.

The central bank and other institutions need to take strict measures to stop the illegal outflow of dollars from the country.

Pakistan Will Not Default, Finance Minister

Finance Minister Ishaq Dar said that Pakistan will return the One Billion US$ bond due to it next month.

He said that this South Asian country will not default financially.

Ishaq Dar, a member of the Muslim League-N, a party in the current ruling political alliance in Islamabad, said this in a televised statement.

Given Pakistan’s current financial situation, there were concerns about the bond’s repayment in December. That Pakistan would either not be able to repay the $1 billion or that repayment would be delayed.

The Trade ‘Deficit’ Will Be Half Of The Previous Estimates

“Pakistan will not default at all,”. Ishaq Dar said emphatically and confidently, adding that the propaganda about the payment was being made for political gain.

According to him, “Issuing such statements about the national economy and the country’s financial condition is against the national interests.”

Finance Minister Dar also said that the country’s current account deficit in the fiscal year 2023 will now be between five and six billion US$ after the improvement in the financial situation.

Earlier in the current financial year, this deficit was estimated to be up to 12 billion US$.

Will The New Military Leadership Be Able To Bring Stability To Pakistan?