QUICK POPS
Low Foreign Exchange Reserves , Is Pakistan Going...
Will The New Military Leadership Be Able To...
Anwar Ibrahim: Malaysian Opposition Leader Is The Country’s...
Space Supremacy: Which Country Owns The Moon?
NATO: Political And Military History
Why Is The Appointment Of Pakistan’s Army Chief...
Honorary Diplomats And The Abuse Of Diplomatic Status
Trump Announces To Enter The Presidential Contest Of...
G20 Summit : Participating Countries At Odds
The World’s Population Has Reached Eight Billion Mark
History 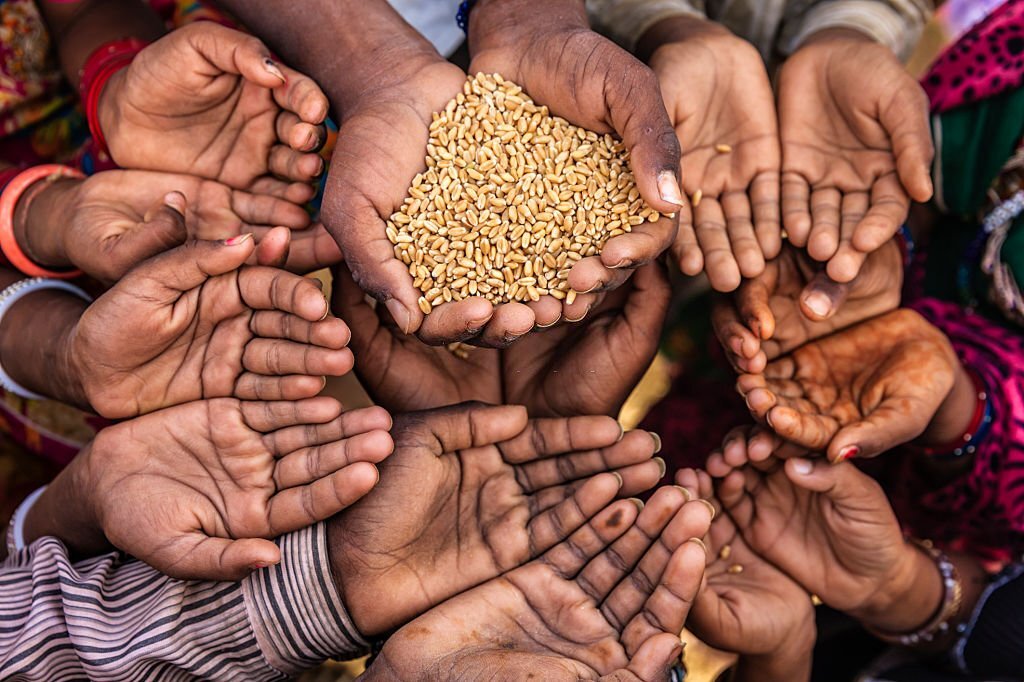 Hunger has played an important role in human civilization. Man gathered information about herbs and fruits to gather food and to satisfy hunger during hunting season.

When the sources of food were exhausted in one place, man would explore other areas, where he could find food. But eventually he settled down in one place and adopted agriculture to be satisfied with his food.

As a result, he adopted new methods of agriculture and farming to increase production and save surplus to meet any crisis.

When there were wars between tribes or nations, the fields of the opponent were first burned and destroyed so that they would be forced by hunger to unite.

Whenever the forts were besieged, the main tactic was to cut off their food supplies, forcing the besieged to surrender. Bravery and weapons also became useless in front of hunger.

Whenever famines and droughts occurred around the world, people would starve to death in thousands.

But since there was little communication in the early days, neither help could be brought to them nor did others had any knowledge of the famine. And people were generally ignorant of the effects of the famine.

In 1899 pictures of people suffering from famine were first published in the newspapers.

Seeing them, other nations got an idea of ​​how hunger can change a person. These pictures were extremely painful. The human frame, the sunken eyes presented a look of helplessness.

Therefore, the nations of the modern world have realized that means of eliminating hunger should be found so that humans can be protected from this tragedy.

Hunger As A Political Tactic

Hunger began to be used as a political tactic throughout human history.

It was a custom in India that when the army did not get paid, they laid siege to their commander’s tent or house and did not allow food and drink to go there.

But they themselves did not eat or drink anything even if their demands were met. This method was called ‘surrounding’.

After that hunger began to be used as a form of protest by political leaders, unemployed people and poverty-stricken people.

When British soldiers returned to South America after the Boer War, they were unemployed and had nothing to eat.

So, these soldiers protested against the government and demanded that they be financially supported so that they could get rid of hunger.

Since then, people’s protests against hunger have started in Britain. Caravans of unemployed people from Birmingham, Liverpool and Manchester came to London in protest. But often the government did not recognize their demands.

Another political use of hunger began to be made by popular leaders. In order to get their demands accepted, these people went on a hunger strike and started putting pressure on the government.

In India, Gandhi, in particular, got his demands approved and accepted by hunger strikes several times. Now the tactic of the hunger strike is used by students, workers and political leaders.

The government also comes under their pressure. It either accepts their demands or saves their lives by feeding them forcefully because there is a risk of riots if they die.

Hunger In The British Colonies

India and Ireland were its colonies during the British imperial period, where there were frequent famines but it could not control them despite all its resources.

After the East India Company came to power in India, there were severe famines in Bengal and Bihar in the 1770s because the Company forced taxes on the peasants.

Whereas during the Mughal rule, taxes were waived during famines and droughts. And the government used to provide food to the hungry by establishing a langar.

Due to continuous famines, Bengal, became barren and came to be known as Hungry Bengal.

But the biggest tragedy occurred during the famine of 1943. At that time, the Second World War was going on.

Bengal rice was sent to the military fronts and when famine struck, Churchill strongly opposed any aid to the Bengalis.

About 6 million people starved to death in this famine. Their bodies were lying on the roads and footpaths. The Indian and British governments kept news of the famine secret.

Great Britain showed the same coldness towards Ireland. The lands of Ireland were owned by the British feudal lords while the Irish worked on these lands as farmers.

After the arrival of potatoes from America, they became their staple food, but when the potato crop failed in 1844-5, there was nothing for the people of Ireland to eat.

On the contrary, two theories were popularized about famine, one is that it is a punishment from God and therefore there is no cure.

Another theory was that it should be solved on the principle of the free market and that the actual responsibility for the famine lies with the people themselves.

According to modern research, the main cause of famine is mismanagement.

Famine does not come from nature but it is brought by people. If the administration is corrected, the dangers of famine can be averted.

In the 1930s, when poverty and hunger spread among the lower classes in Britain, attention was paid to what should be the diet for human health and how this healthy diet can reach the people.

The research also revealed that if the diet is not healthy, it will affect the mental abilities of the person. And he will not be able to perform his work better.

It also caused destruction and devastation and increased the intensity of hunger.

Because of this, food rations were set, but nations learned nothing from history. Even today, in both rich and poor countries, more is spent on weapons than on food.

We have before us the example of China, which lifted its people out of poverty and gave them a vigorous and happy life.

In countries where the poor and hungry exist, there is also a gap between the rich and the poor. While the starving people suffer from a sense of inferiority, deprived of their dignity and respect.

NATO : Russia Is A ‘Direct Threat’ To The Western Alliance