NATO : Russia Is A ‘Direct Threat’ To The Western Alliance3 min read 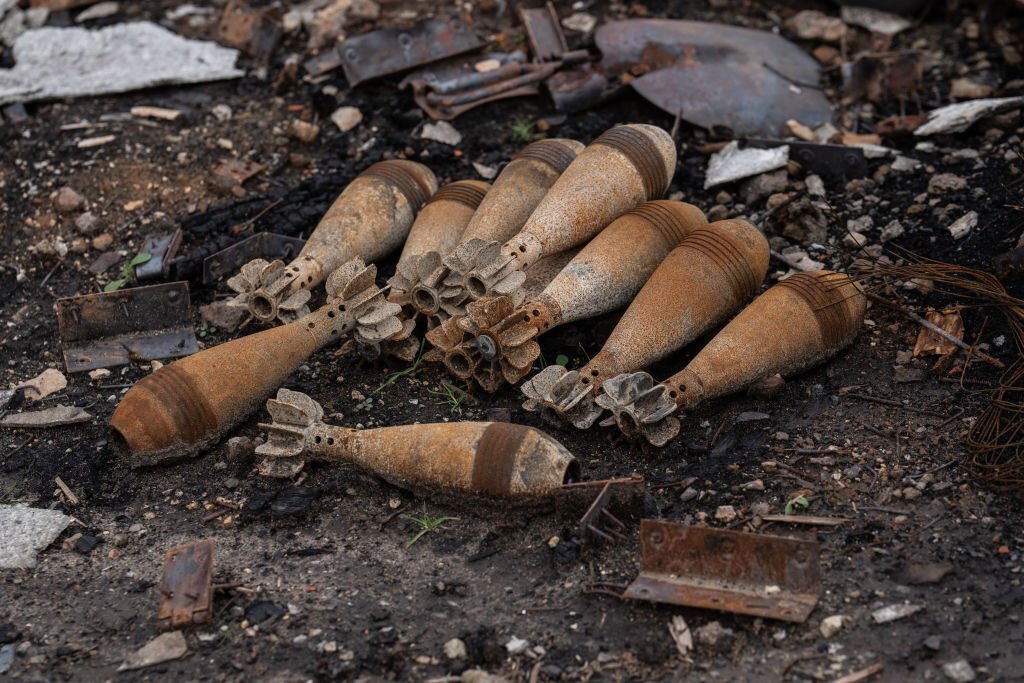 The bravery of the Ukrainian soldiers is being praised for their successful resistance against the powerful Russian army.

The United States has announced an additional $725 million in military aid to Ukraine.

The aid has been approved at a time when Russian forces have launched a series of ferocious missile attacks in Ukraine.

To avoid these rocket attacks, Ukraine is trying to provide it with a strong missile defense system.

The Washington government has announced $18.3 billion in military aid to Ukraine since the start of the Ukraine war.

The Western Defense Coalition has warned that Russia has become a “direct threat” to the entire Western alliance as a result of the attack in Ukraine.

The United States, the United Kingdom, and the European Union have joined forces to counter Russia’s powerful army. They are training the Ukrainian soldiers in addition to providing them with modern military equipment.

Calling the explosion on the bridge connecting Crimea with the central part of Russia an act of Ukrainian terrorism, the Russian president has launched missile attacks across Ukraine.

Meanwhile, other urban areas including Kyiv are also being targeted.

US Secretary of State Anthony Blinken has claimed to have found evidence that shows Russian forces have committed atrocities during their operations in the Ukraine war.

Meanwhile, Russian forces claim to have approached the industrial city of Bakhmut in the Donetsk region.

According to the Ukrainian army, a strong response is being given to the Russian military aggression on this front.

Cardinal Reinhard Marx of the German city of Munich has expressed serious concerns over the Russian aggression being called a ‘holy war’ by the head of the Russian Orthodox Church, Patrick Karel.

Condemning this war for giving religious color, he said that Karel’s view of ‘holy war’ is very different from that of other Christians.

In an interview, Marx also discussed the divided opinion of Germans on the provision of military equipment to Ukraine.

He said that military assistance to Ukraine at the moment is actually a lesser evil compared to the greater evil. He added that this is the only viable option in the current situation.

In a telephone conversation with EU foreign affairs chief Joseph Borrell, he made it clear that his government is not providing military support to any side of the Ukraine war.

The Iranian foreign minister added that Iran wants a peaceful solution to this armed conflict.

It should be noted that the Kyiv government has alleged that Russian forces are also using drones made in Iran.

After this accusation, Ukraine started to show coldness in diplomatic relations with Iran.

Russian President Vladimir Putin has said that he is taking the right steps during the Ukraine war.

Russian forces have been pushed back at several points in the war since February 24. But Putin says they have been successful in their military strategy.

Putin says that there will be no more large-scale attacks in Ukraine because he does not want to destroy this neighboring country.

However, there are reports that Russian forces are not hesitating to target civilian areas in Ukraine.

The project was canceled by the Berlin government due to the Russian invasion of Ukraine.

However, Putin said that Germany had made a ‘mistake’ by siding with NATO in the Ukraine war.

Talking to journalists in Kazakhstan’s capital Astana, he added that it was Germany’s mistake to prioritize NATO and European security over national interest.

Russia has targeted a site in central Ukraine where more than 100,000 tons of fuel were stored for the Ukrainian Air Force.

Similarly, Russian forces are also destroying the power system in Ukraine before winter.

The Russian Defense Ministry said on Sunday that a fuel depot for ships in central Ukraine had been targeted.

The Russian Ministry of Defense has said in a statement, “A fuel depot in the Cherkasy region has been destroyed.

More than 100,000 tons of fuel for the Ukrainian Air Force were stored there.”

The Russian Ministry of Defense has stated that attacks against energy and military facilities in Ukraine have intensified over the past 24 hours.

According to Ukrainian President Volodymyr Zelensky, the main infrastructure of the country has been targeted by Russian rocket attacks.

Zelinsky said Russia had fired 36 rockets into the suburbs of the capital Kyiv, most of which had been destroyed.

Ukrainian authorities have also reported widespread power outages. In total, more than one million households in six administrative regions have been affected.

According to state grid operator Ukrainergo, the attacks have destroyed transmission infrastructure in western Ukraine.

Why Is Russia Targeting The Energy Infrastructure?

According to the think tank Institute for the Study of War (ISW), Russia’s targeting of power plants is aimed at weakening Ukrainians’ will to fight.

The morale of Ukrainians will not be low, but it will have negative effects on the Ukrainian economy.

Russian attacks on power plants in northwestern Ukraine have forced a major chemical plant, Ryonazot, to suspend the production of fertilizer in an emergency.

Meanwhile, the Ukrainian military said on Sunday that Russian forces have now moved to a defensive position but have stepped up attacks on Ukraine’s energy infrastructure in the eastern Donbas region.

More than 100 missiles were fired in 25 Russian airstrikes.