QUICK POPS
Low Foreign Exchange Reserves , Is Pakistan Going...
Will The New Military Leadership Be Able To...
Anwar Ibrahim: Malaysian Opposition Leader Is The Country’s...
Space Supremacy: Which Country Owns The Moon?
NATO: Political And Military History
Why Is The Appointment Of Pakistan’s Army Chief...
Honorary Diplomats And The Abuse Of Diplomatic Status
Trump Announces To Enter The Presidential Contest Of...
G20 Summit : Participating Countries At Odds
The World’s Population Has Reached Eight Billion Mark
Economy 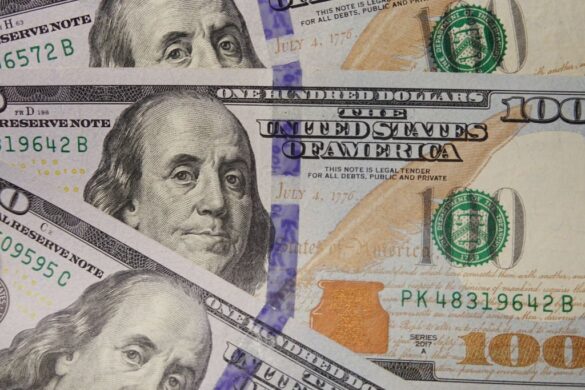 Pakistan’s foreign exchange reserves have dwindled to alarming levels. While the experts are debating the reasons for this decrease, they are also warning that if the government does not adopt an effective policy, the country’s economy may suffer a great loss.

Experts believe that this may not only adversely affect the balance of payments but also hurt investor confidence. Which will have a very negative impact on the Pakistani economy.

Many quarters believe that Prime Minister Shahbaz Sharif, during his visit to Saudi Arabia, will request the conservative Gulf Arab kingdom to ‘roll over’ three billion dollars in financial resources for Pakistan.

Dr. Khaqan Najeeb, a financial expert who was associated with the Ministry of Finance of Pakistan in the past, says that there has been a decrease in the flow of dollars on both bilateral and multilateral fronts. Which has also reduced the country’s dollar reserves.

“Since the end of June, there has been a reduction of $2.2 billion and we currently have $7.6 billion. With which we can only pay for about 40 days’ worth of imports,” he said.

In fact, we should have these reserves for at least three months of import payments.

Pakistani expatriates have also sent less money, which is another reason for the decline.

In the fiscal year 2021, they sent $ 32.9 billion, while in the first quarter of the current year. These amounts decreased by 6 percent.

Foreign direct investment also fell by 62 percent in the first quarter of this year. So these aspects are also among the major reasons for the decrease in these reserves.

Journalist Shahbaz Rana, says that the foreign exchange reserves have also decreased due to debt repayment.

Karachi-based economist Dr. Shahida Wizarat says that the import of luxury goods is exacerbating the problem of scarcity.

“When this government came to power, it knew that these reserves were depleting,” he said.

Despite this, even pet food, chocolates, and shampoo are being imported. These imports should have been banned immediately.

What Is The Solution?

According to Dr. Shahida Wizarat, Pakistan will have to break its tradition of buying and selling in US dollars.

But the policy being adopted by the Pakistani government is not for the economic stability of the country but to strengthen the dollar and thus benefit the American economy.

The need is that where we can trade without dollars, we should do so. So that we do not run out of foreign exchange reserves.

Many experts believe that Saudi Arabia and UAE are interested in investing in Pakistan. Depletion of these reserves can be mitigated in the form of external capital investment.

According to Dr. Khaqan Najib, the government can also request foreign investment from friendly countries such as Saudi Arabia, China, United Arab Emirates, etc., in addition to seeking financial assistance from bilateral and multilateral agencies.

Apart from this, help can also be sought from international commercial banks.

Pakistan’s foreign exchange reserves have dwindled to alarming levels at a time when the country is already reeling from more than $30 billion in flood damage.

More than 9 million more citizens will be pushed below the poverty line due to the ravages of floods.

This natural calamity has destroyed many types of crops including wheat, cotton, rice, and vegetables, which we now have to import and for this import, there must be enough foreign exchange.

During the current fiscal year, Pakistan needs at least $32 to $34 billion in external financing to meet its fiscal needs. Islamabad has so far received only $2.23 billion.

Shahbaz Rana says that some improvement in this bad financial situation will come in terms of foreign exchange reserves as Pakistan is expected to receive more foreign exchange from a few institutions in the coming days.

However, according to Dr. Shahida Wizarat, if unnecessary imports are not stopped and dependence on dollar for foreign trade is not reduced, then the country may go bankrupt.