One Year Later: How Did The Attack On Capitol Hill Change America?3 min read 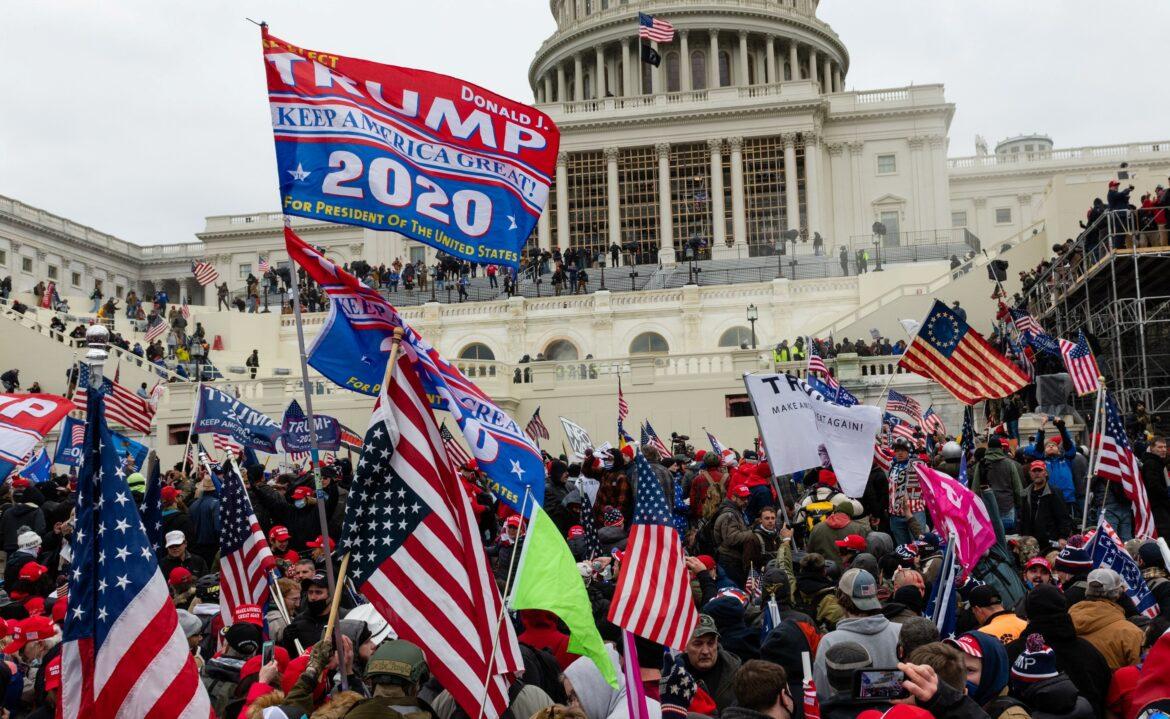 The peaceful transition and handing over government control to a newly-elected leadership have been seen as a shining example of American Democracy. However, on January 6, 2021, the concept suffered a major setback.

For more than two centuries, the congressional certification on the U.S. presidential election results has been a kind of routine procedure. However, the events of January 6, 2021, turned this exciting but procedural rubber stamp occasion into a moment that many observers believe shook the foundations of American Democracy.

When U.S. lawmakers were gathering in the Capitol to confirm the newly elected president Biden’s victory, the defeated candidate and then-US President Donald Trump addressed a crowd.

The right-wing media had been telling the mob for weeks about the ”Big Lie”, or they have been influenced by the online conspiracy theories of neo-fascist groups like Q-Anon or Proud Boys. They all had the same claim that Joe Biden had stolen the 2020 presidential election.

Four Trump supporters and a police officer were killed, and 140 others were injured in the riots in Washington DC. Both U.S. political factions strongly condemned the violent agitation.

By the time Trump was indicted and subsequently acquitted of plotting to incite a riot, the voices of unified resistance against the Big Lie were divided into party lines.

According to Susanne Spalding, director of the Department of Defense for Democratic Institutions at the Center for Strategic and International Studies, “I think (the Republicans) saw in the weeks and months that (Trump) maintained control of the Republican Party.” He added that the former president had also made repeated threats to members of the Republican Party who had distanced themselves from him.

Trump and many of Trump’s close associates are still under investigation. But in the public opinion court, in the face of so much misinformation spread on social media and mainstream media, many thought the former president’s actions were justified.

Nearly half of Republican voters believe the events on Capitol Hill were a legitimate way to protest. This was revealed by a survey conducted by the University of Monmouth in June 2021.

Most people who came from across the country to attend Trump’s rally believed in conspiracy theories about stolen elections. Some of them have to face legal consequences for their actions, while others are awaiting trial.

The Path To Justice

The U.S. Federal Bureau of Investigation (FBI) charged 727 people in the light of evidence obtained from surveillance cameras, YouTube videos, and footage from mobile phones. The charges against them include obstruction of official business, use of a dangerous weapon, and assault.

Some of those charged were fined up to 500, while others face up to five years in prison for assaulting a police officer.

The role of social media and mainstream media is now increasingly the focus of public opinion on how facts are distorted and debated.

According to Regina Lawrence, dean of the Department of Journalism and Communication at the University of Oregon, because of social media algorithms, “people are now getting more extreme perspectives than ever before.”

When it comes to cutting-edge dialogue with the mainstream media, Lawrence says political institutions need to take a more aggressive approach to the events of January 6, believing that the media will spread their views.

Apart from the media, there are other simple ways to promote public opinion about the events of January 6 and bridge the gap between information regarding identifying those responsible.

According to Lawrence, “there is ample research that, despite being a difficult process, should be listened to as much as possible by people who hold such strong views so that people can understand why they believe it.” They believe that what they believe in will be helpful.

“Threat To Democracy,” “Power Over Principles”

U.S. President Joe Biden called Donald Trump a pack of lies and a serious threat to democracy in the United States. Speaking to the nation on the one-year anniversary of the Capitol Hill attack, Biden criticized former U.S. President Donald Trump.

He said that Donald Trump was fully responsible for January 6, 2021, attack on the Capitol Hill building in Washington. He further said I would not allow anyone to draw the dagger at the throat of democracy.

The president also said Trump’s statement that the 2020 elections were rigged was a threat to the rule of law and the foundations of future elections in the country.

What Is True and What Is False?

We need to distinguish between the two. The truth is that the former president was “spreading a web of lies” regarding the 2020 elections, and he did it because he prefers power over principles.

PROTESTS IN KAZAKHSTAN: Can This Be The Beginning Of The End Of Nazarbayev Era?

HOW VENEZUELA CAME OUT OF HYPERINFLATION: What It Means For The Country’s Shattered Economy?