QUICK POPS
What Is Totalitarianism?
What Is Dictatorship Or Authoritarianism?
Ukraine War: Torture Cells And Mass Graves Discovered
SCO Summit: Exchange Of Smiles Only Between Xi,...
Shanghai Cooperation Organization Summit 2022
Biden Commemorates 9/11 at the Pentagon
Queen Elizabeth II Has Died
What Are Party Systems?
Inflation In Pakistan At 47-Year High
Why Are Indian Farmers Committing Suicide?
Asian Politics

What Is The China Taiwan Dispute?2 min read 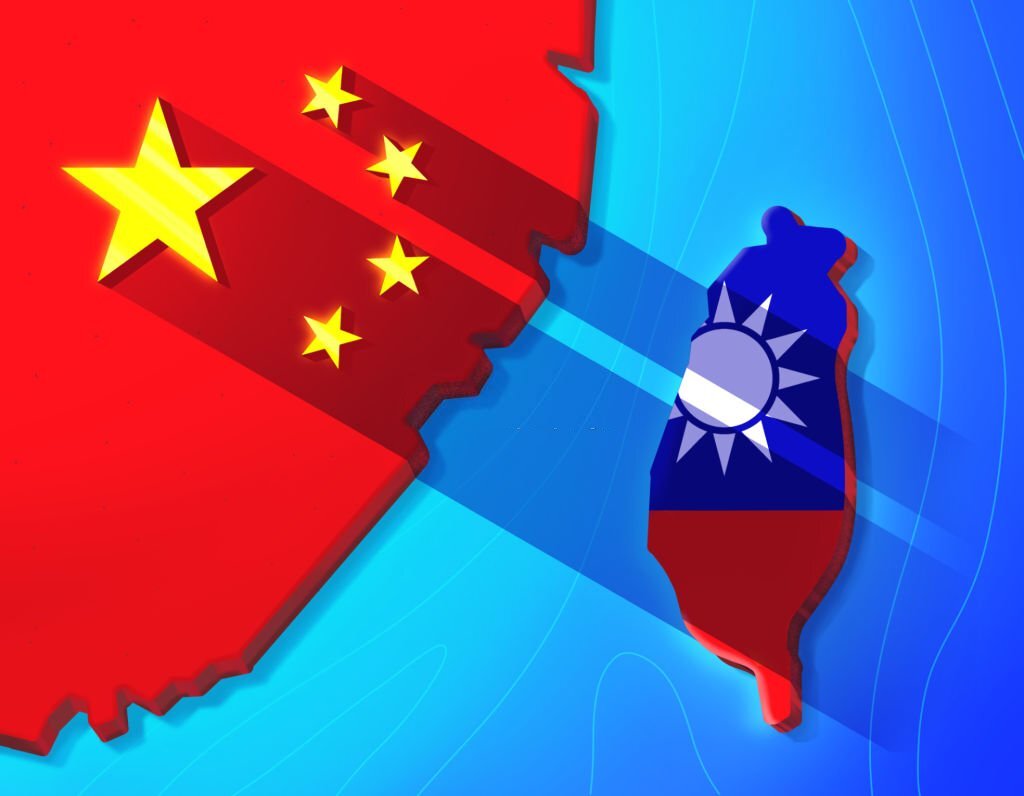 In recent years, the China Taiwan Dispute has continued to escalate due to differences over the island’s status.

Not only does China see Taiwan as part of itself, but it is determined to “unify” the democratically-ruled island with force if necessary. The tension between these two countries is on the rise.

The Beijing government claims ownership of the island, Taiwan, and is determined to “reincorporate” it into Chinese territory, if necessary, by force.

Any Chinese military confrontation with Taiwan would also drag the United States into the fray because of Washington’s special relationship with the Taipei government.

Let’s have a detailed look at this controversy!

How Did China Taiwan Dispute Start?

In 1949 China and Taiwan separated. This happened when the Chinese Civil War ended with the victory of the Communists under the leadership of Mao Zedong.

At that time, the defeated Nationalists, led by Mao’s rival and leader of the Kuomintang (KMT) Party, Chiang Kai-shek, fled to Taiwan.

The Taiwan Strait separates the island from China. Taiwan has a democratically elected government and a population of about 23 million.

For more than seven decades, the Beijing government has viewed Taiwan as a “breakaway province” and vowed to “unify” it with the Chinese mainland.

What Is Taiwan’s International Status?

Beijing’s position is that there is only “one China,” and Taiwan is part of it. China pressures countries around the world to side with Beijing in China Taiwan Dispute and cut diplomatic ties with Taiwan.

Taipei is also not a member of United Nations agencies, although it has membership in organizations such as the Asian Development Bank and the World Trade Organization. China also pressures companies worldwide to recognize Taiwan as part of China.

For example, in 2021, China cut off trade with EU member Lithuania. The reason was that this European country allowed Taiwan to open a representative office in its capital.

How Is America’s Relationship With Taiwan?

For nearly three decades after the Communist regime came to power in China, the United States recognized the Republic of China (Taiwan) as the government of all of China.

Despite this shift, Washington has unofficially maintained close ties with Taipei.

The US continues to sell military equipment to Taiwan for defense purposes, despite repeated warnings from Beijing not to do so.

Under President Donald Trump, the United States had deepened military ties with Taiwan, increasing arms shipments and selling more than $18 billion of weapons to the island.

Recently, President Joe Biden said that the US would defend Taiwan if China attacked.

The Beijing government has not ruled out using force to make Taiwan part of China again.

He said at the time, “We do not promise to renounce the use of force and reserve the option of using all necessary means.”

The Chinese president has also emphasized that reunification is necessary to realize the “Chinese Dream” of restoring the country’s status as a world superpower by 2049.

China is increasingly sending its fighter, bomber, and surveillance aircraft close to Taiwan, while its warships also move in and out of the Taiwan Strait in a show of force.

The willingness to use force, China’s rapidly expanding military capabilities, and the deteriorating situation around the Taiwan Strait have raised concerns that a new conflict could erupt there.