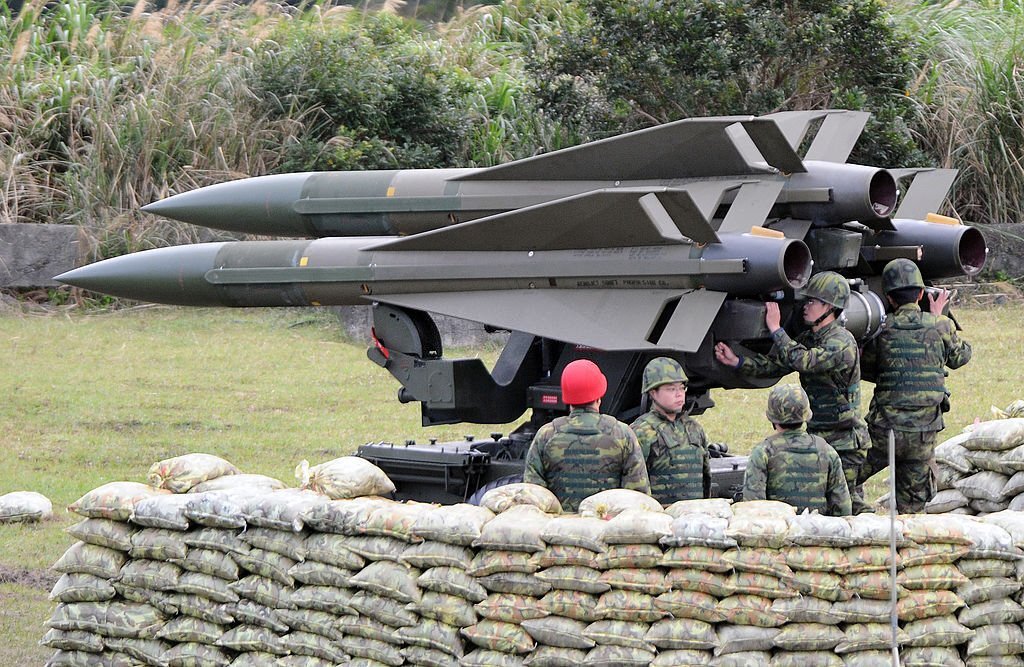 The United States on Friday announced $1.1 billion worth of arms sales to Taiwan. Reiterating its commitment to defend Taiwan amid rising tensions with China.

China has threatened countermeasures against it.

US State Department approves arms sales to Taiwan. These weapons include 60 anti-ship missiles and 100 air-to-air missiles and radar systems.

Just a month ago, US House of Representatives Speaker Nancy Pelosi visited the sovereign nation, the first visit by a top US official in recent years.

After that, China started massive military exercises to show its power. China claims Taiwan as part of its territory, and world powers fear it may invade it in the future.

The US announced arms sales to Taiwan in response to China’s aggressive military exercises near Taiwan.

The US State Department said this weapons package would strengthen Taiwan’s defense capabilities.

The Pentagon says the weapons sold to Taiwan include Sidewinder missiles, which can be used for air-to-air and ground attacks.

“This package of weapons was essential to Taiwan’s security,” a US State Department spokesman said.

He added that the proposed arms sales to Taiwan was routine to help Taiwan modernize its armed forces and improve its defense capabilities.

The arms package is the most extensive arms package to date from the Biden administration to Taiwan. However, it is necessary to get the approval of Congress.

The Biden administration says this arms sale agreement aligns with the US’s “One China Policy.”

He urged Beijing to end its military, diplomatic and economic pressure against Taiwan and to engage in meaningful dialogue with Taiwan.

The US still officially recognizes only the Peoples’ Republic Of China.

Calling Taiwan an “inalienable” part of China, China has asked the US to cancel the arms deal immediately.

Liu Pingyu, a spokesman for the Chinese embassy in Washington, said, “The possible US arms sales to Taiwan will seriously threaten US-China relations and the stability of the Taiwan Strait.”

The Chinese embassy spokesman added, ‘China will strictly take legal and necessary countermeasures in light of the change in the situation .’

The announcement of arms sales to Taiwan comes at a time when tensions between Washington and Beijing have increased.

China has stepped up its aggressive military exercises in recent weeks following visits by top US officials to Taiwan.

At least two members of the US Congress and US state governors have also visited Taiwan since Nancy Pelosi’s visit early last month, which China strongly condemned.

Beijing said it could take military action against Taiwan if the US tried to provoke it.

Taiwan says China has never ruled the island, so it has no right to claim it.

Taipei, however, also says that China’s military exercises have raised fears that it may attack Taiwan. But that “Taiwan will defend against any attack from China.”

If military power is compared between the two countries, Taiwan does not stand out compared to China.

Whether tanks or artillery, fighter planes, or naval forces, China is far ahead of Taiwan in every field.

However, Taiwan’s reserve or surplus army is more than China’s. Taiwan has trained a large number of people in military training so that if ever China intervenes militarily in Taiwan, it can be given a strong response.

Since the 1950s, Taiwan has developed a comprehensive self-defense strategy in the face of serious threats of Chinese aggression, with sea mines, anti-aircraft, anti-ship, and anti-tank missiles ready at all times.

In addition, even if China enters Taiwan, a guerilla warfare strategy has been devised against Chinese forces in the country’s cities and remote mountainous areas.

China’s biggest strength in this regard is the number of its warships. Although the US has a heavy military presence in the region, the US defense budget is divided for the US military force worldwide.

In the Pacific region, however, American power is still strong. Its military bases are established in Japan, South Korea, and Singapore.

China has only one overseas military base in the region, which is Djibouti.

Although China has expanded its influence outside the Pacific region in recent years, most of its naval dominance is in the seas from Japan to Malaysia.

China has recently increased its influence in countries such as Cambodia, Myanmar, Thailand, and Sri Lanka through aid in the trade and infrastructure sectors.

The US, however, is still a favorite ally of many Asian countries, including Japan, South Korea, Singapore, and Taiwan.