What Is Voting Behaviour And What Are The Factors Affecting It?2 min read 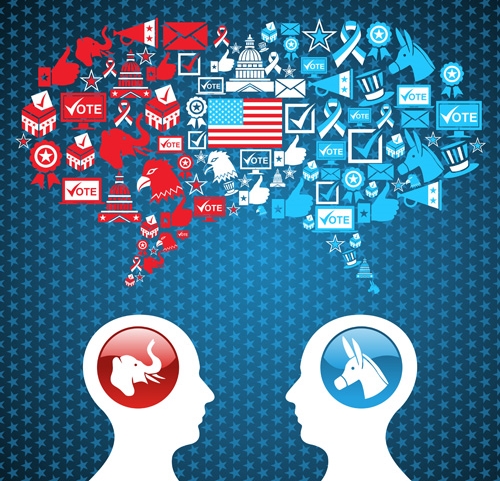 Voting behaviour involves studying how people involve themselves in electoral processes and respond to electoral activity.

It means what factors compel a voter to mark his or her ballot.

Social pressures, like the effects of individual psychology, such as emotional attachments to parties or leaders, and the rational self-interests of voters. can affect Voting behaviour.

The results of these studies are applied during the planning of political campaigns and influence the design of advertisements and party platforms.

The behavioural revolution had its greatest successes in analyzing public opinion, political attitudes, and electoral behaviour.

Especially in the period after World War II, the refinement of statistical techniques in public opinion polling, the analysis of voter behaviour, and the development of new research concepts have brought the study of opinions and attitudes closest to the scientific outlook of politics.

The studies of R.T. McKenzie and D.E. Butler on political parties, voter behaviour, and pressure groups are of prime significance.

In Finland, the first extensive studies on voting behaviour appeared in 1956.

Certainly, one of the most successful achievements of the Chicago School in empirical political science has been the study of voter behaviour and election results.

The role of newspapers, periodicals, booklets, radio, and television in influencing political opinion is well established in the voting behaviour of the undecided voters.

Various studies have shown that the majority of citizens in the United States cast their votes along party lines.

And according to social, educational, and economic determinants.

Therefore, middle-of-the-road voters often hold the balance of power that determines the outcomes of elections.

Politicians have become sensitive to their television images and have planned much of their campaign strategy with the television audience in mind.

Advertising agencies familiar with television techniques have been brought into the political arena to plan campaigns and develop their clients’ images.

It is an important factor fluctuating the voting attitudes of the electorates.

In developing countries, the joint family system determines the voting attitudes of the family members.

The Effects Of Individual Psychology

Various people have emotional attachments to parties or leaders, and such attachments highly influence voting behaviour.

In illiterate societies, charters of the parties are nothing but certain factors that develop the sentimental attachment of the people with their parties as they cast their vote based on their emotional attachment.

It has been seen that political workers are unaware of the party’s program or charter. Some people have blind love for leaders.

The Rational Self-Interests Of Voters

Some people cast their vote keeping in view their personal interests.

The promises made by the candidates influence them.

Political bargaining, i.e. to issue a contract or license, appointment in civil service, provision of electricity, and construction of roads to one’s property, etc. influence the voting behaviour of many people.

Some electorates sell their votes in cash or in the form of commodities. Some social or economic needs mould the voting attitude.

Educated, patriotic and literate voters cast their vote in the light of the party’s charter.

Such people cast their vote after cool thinking.

It is also a decisive factor in shaping voters’ attitudes and voting behaviour.

The attractive personality and words of the speakers may attract the voters’ attention, especially the neutral voters.