QUICK POPS
Low Foreign Exchange Reserves , Is Pakistan Going...
Will The New Military Leadership Be Able To...
Anwar Ibrahim: Malaysian Opposition Leader Is The Country’s...
Space Supremacy: Which Country Owns The Moon?
NATO: Political And Military History
Why Is The Appointment Of Pakistan’s Army Chief...
Honorary Diplomats And The Abuse Of Diplomatic Status
Trump Announces To Enter The Presidential Contest Of...
G20 Summit : Participating Countries At Odds
The World’s Population Has Reached Eight Billion Mark
Elections 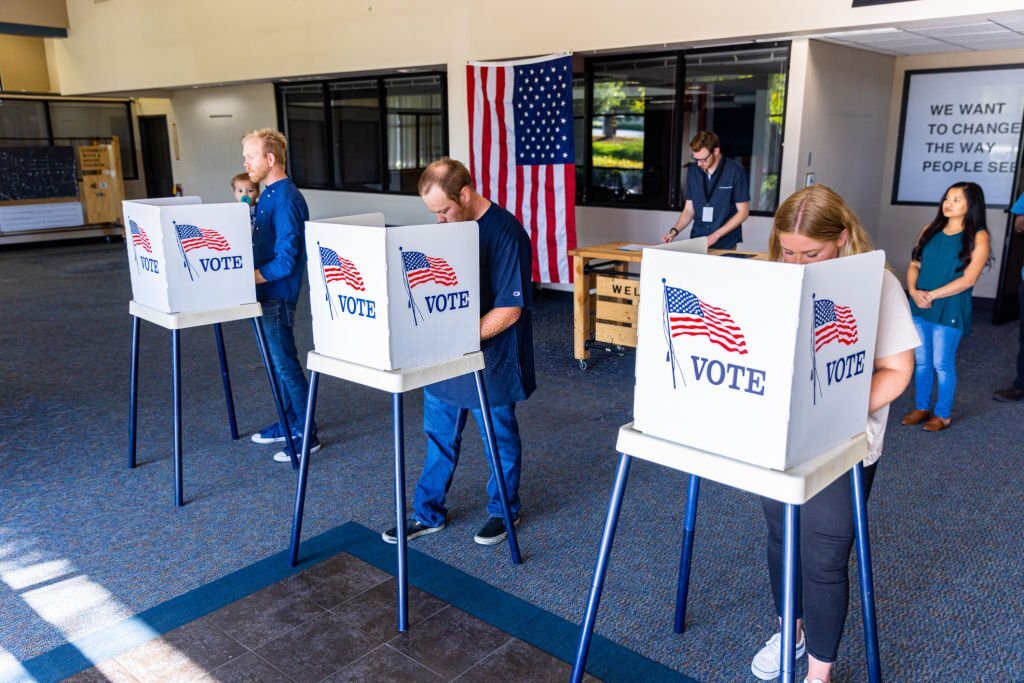 The changes in the legislative houses from the midterm elections in the United States will determine the direction of President Biden’s decisions and policies in the country for the next two years.

Anxieties over economic issues and redistricting after the census every 10 years have left the Republicans hopeful of victory.

While the Democratic Party is determined to maintain its position based on the backlash following the Supreme Court’s decision on abortion and its performance over the past two years.

In the current House of Representatives, the Democratic Party has a slight lead over the Republicans. However, both have 50/50 seats in the 100-member Senate.

In the United States, members of the Senate are also elected by direct vote. This time, a tough contest is expected in the midterm elections for one-third of the seats in the Senate.

In the past 100 years in the history of midterm elections in the United States, the opposition has won more seats except on three occasions.

If this tradition continues this time and the Republican Party is able to gain a majority in Congress. Then the future scenario could be like this.

What Will Change In The House Of Representatives?

The ruling Democratic Party has a majority in the House of Representatives following the 2018 midterm elections.

Currently, the 435-member House of Representatives has 220 Democrats and 212 Republicans.

All seats in the House of Representatives are elected in midterm elections. Republicans will have to win just a few of the many thorny contests they’ve been battling to win the House.

Republicans are expected to pick up more seats based on the advantage the opposition has in general in presidential elections.

If Republicans win a majority in the Nov. 8 midterm elections, Republicans will form committees to draft legislation in the House.

These committees decide which laws will be brought up for debate in the House.

Kevin McCarthy, the current House Republican leader, has already outlined his future goals for the legislation in a statement.

In September of this year, he said during the midterm election campaign in the state of Pennsylvania that in the early days of the upcoming Congress, the Republicans will pass legislation with the determination to “give America a new direction” including the economy, border security, and other policies.

Observers say that if the Republicans get an advantage in the House it will also be a victory for Trump.

This is said because Democrats want to hold Trump accountable for the attack on Capitol Hill on January 6, 2021.

Most Republicans running for the House of Representatives are considered loyal to Trump and support his positions and policies.

Most of them are candidates who will reach the House for the first time if possible.

Therefore, it is possible that efforts to hold President Trump accountable for the Capitol Hill attacks may fail due to the dominance of Republicans in Congress.

Apart from this, the way for Trump to become a candidate in the upcoming presidential elections will also be paved.

The Republican Party has a different policy on all of these points around their agenda.

Therefore, the Republican majority in the legislative chambers after the midterm elections will make it almost impossible for Biden to pass legislation according to his political agenda in the next two years of his presidency.

Regardless of any changes in Congress, President Biden’s approval will remain necessary for any law to be enacted administratively.

The authority to provide funds for the government, the military, and other important government issues will also remain with President Biden.

However, for the approval of such bills, Republicans, Democrats and the President will have to negotiate.

President Joe Biden has been a member of the Senate for decades. He has been emphasizing the two parties working together.

But in the current situation, the chances of support from the Republicans are low. And opposition to President Biden will probably be their first priority.

What Changes Are Expected In The Senate After Midterm Elections?

Although either Republican or Democrat could win a majority in the Senate, the margin of victory is unlikely to be large.

So it will be a little easier for President Biden to get a consensus in the Senate. Bipartisan consensus efforts have played a fundamental role in President Biden’s legislative successes so far.

If Republicans gain control of both houses of Congress, they can pass bills in both chambers to increase political pressure on President Biden.

Similarly, the committees formed in the House will also go to them. Through this, they will also get the authority to supervise the administration and investigate it.

In this way, the Republican-dominated Senate can create difficulties for President Biden by delaying his nominations in the judiciary and administration.

What If The Democrats Succeed In The Midterm Elections?

If the Democrats manage to maintain their lead in the Senate and the Republicans gain a majority in the House of Representatives, the chances of a consensus between the two chambers are slim.

However, Republicans may be able to win the support of moderate Democrats on certain pieces of legislation.

If Democrats retain control of both chambers, they could resume efforts to pass bills on President Biden’s agenda that they have so far failed to pass.

It also includes a package of social and economic programs whose approval has been stalled by disagreements among Democrats.

Protests In Pakistan After Assassination Attempt On Imran Khan

Climate Change , Who Will Pay The Affected Countries?