What are Elections, and Who are Electorates?7 min read 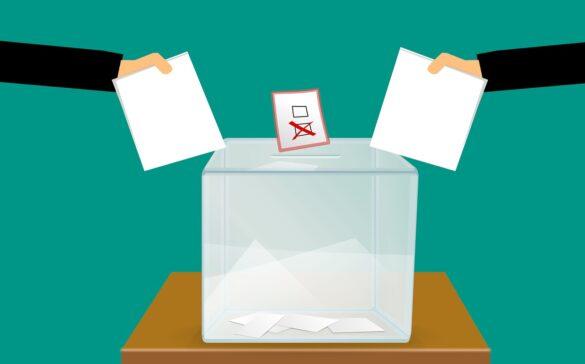 An election is the formal collective decision-making process of selecting an individual or multiple individuals for holding public office or of accepting or rejecting a political proposition by voting.

Since in a democracy, the ideal is seeking the consent and mandate of citizens for a leader to be accepted as legitimate, citizen participation in the choice of their leaders is essential.

Elections have become synonymous with democracy as the means of filling public offices by a competitive struggle for the people’s vote. It gives powers to the common citizens to elect their leader.

Consequently, elections have become one of the measuring rods for surveying how democratic a country is.

Elections are also held in a variety of organizational and corporate settings.

For example, many corporations hold elections among shareholders to elect a board of directors, and these elections are mandated by corporate Law.

Corporations and other organizations often use procedures and rules similar to those of governmental elections for their internal elections.

The system of election in which all the state’s adult citizens are empowered to vote without any distinction is called the Universal Adult Franchise or Suffrage.

The only restrictions are low age, mental incapability, and moral unfitness.

If a limited class of citizens in a state are given the right to vote based on any distinction, it is a Limited or Restricted Franchise.

Advantages of Universal Franchise and Demerits of Restricted Suffrage OR Franchise:

Having Base on Justice:

Every citizen is empowered to take part in the state’s activities. If taxes and duties are expected from all the state’s citizens, it is also fair to give equal voting rights.

Restricted suffrage is unjustified, where some of the citizens are deprived of their rights to vote.

The modern age empowers everyone to participate in political activities.

When all the state adult citizens are empowered to participate in state political activities, the system will be purely democratic.

Therefore, Adult Franchise is democratic, while restricted suffrage is undemocratic because of the limited participation and status discrimination.

It is the age of democracy, and it is illegitimate to deprive one of expressing his political choice.

In adult suffrage, all citizens, irrespective of any distinction, have the right to vote, and their representatives legislate according to their desires.

In a restricted franchise, the interests of a particular class are preserved, and the rest of the citizens are deprived of taking an active part in the state’s activities.

All citizens get political training in universal suffrage, and political consciousness is produced. It is because of the periodical elections that enable people to get training.

On the other hand, such a facility is not given in the limited or restricted franchise.

Universal adult franchise produces ease in political training and recruitment of the citizens.

Merits of Restricted and Demerits of Adult Franchise:

Its advocates say that if a limited class of voters can protect the rights of all people, then there is no need for universal suffrage.

This school of thought believes that females have no voting rights because males can protect their rights.

In adult franchises, a maximum of the ignorant citizens cast their votes, not in the community’s best interests but keeping in view particular interests or influenced by social pressure.

The people, who are empowered to vote based on property, are basically the tax givers. They have contact with different government offices in their daily transactions.

They have political awareness and have contact with the political activities of the state. They know the course of politics, and therefore they deserve the right to vote.

In the Adult franchise, all people are not aware of the political activities, and they do not know the vitality of their vote. They miscast their votes.

To Protect from the Evils of Democracy:

The success or utility of a political system depends upon the aware and literate citizens.

In a universal adult franchise, all citizens are given the right to vote. Such an equal opportunity of a voting system is responsible for political instability in the under-developed states.

In many states, the majority of the people are ignorant, and they have no political consciousness.

This is the reason why evils like professional politics, use of wealth and self-interests, etc., gain ground in a political system because of equal voting rights.

If we analyze the very minute causes of political instability in the developing Nations, we shall find that voting opportunity to all is the fundamental cause.

The majority in these states are illiterate, and they do not know the value of their vote. They cast their vote not according to their sweet will but in compulsion.

“Electorate” is a term applied to all eligible voters in a Political Democracy.

Chambers Essential defines it as, “AIl the people who have the right to vote in a particular election.”

In a democratic system, people participate in the affairs of the state.

In the existing widespread modern states, it is impossible to gather all the state citizens in a hall or any other place.

It was possible in the ancient Greek City-States with direct democracy.

Today people’s participation in the activities of the state is ensured through their elected representatives.

Those citizens who participate in the election process are known as Electorates.

Because of the electorate, direct democracy has been changed to indirect or representative democracy.

If a considerable majority of the mature citizens of a community are allowed to participate in elections, and if no compulsion or restraint is involved in voting, that community is considered to have a democratic electorate.

Since the beginning of the 18th Century, there has been a struggle to expand the electorate in many countries to include new groups or classes of citizens or subjects.

Many criteria have been used, the principal ones including citizenship, property, religion, sex, age, residence, race, education, class, etc.

In Great Britain and the United States, religious criteria were removed by the end of the 19th Century.

Restrictions based on gender were ended in the United States with the passage of the 19th Amendment in 1920 and in Great Britain in 1928.

Women were given the right to vote in Germany under the Weimar Constitution in 1919, and the Soviet Union removed gender restrictions after the Russian Revolution of 1917.

In Spain, women were enfranchised in 1931, and in Italy and France, women won the right to vote after World War II.

Full enfranchisement came to Japan in 1946 under United States occupation.

Until 1971 the age level for voting in the United States was determined by states. Although most of them had fixed a minimum voting age of 21, a few had minimum ages as low as 18.

The 26th Amendment to the U.S Constitution in 1971 established the voting age at 18 for elections at all levels.

Similarly, in India, Pakistan, and Bangladesh, the minimum age required for voters is 18 years.

Race and social position are no longer significant in the composition of an electorate.

In the United States, the 15th Amendment to the constitution in 1870 prohibited race or color as a base for denying the rights of citizens to vote.

Historically, the property has been a continuing admission test into the electorate.

The gradual renouncement of property ownership standards marked the franchise’s evolution in Great Britain and the United States.

Since 1926 the United States has required every voter to be a citizen; however, not all citizens may vote.

Whether born in the United States or naturalized, all citizens must attain an age and residence standard and generally register as voters to be a formal part of the electorate.

Even with these conditions met, a person may be disqualified from the electorate for a mental defect or unlawful conduct, especially if convicted of bribery in an election or a crime.

Role, Functions, OR Responsibilities of Electorates:

Electorates are to perform certain functions, and in a democratic society, they are to play a significant role. Their major powers are as under :

The most important function of the electorates is to elect their representatives, but in various states like Switzerland, people have been empowered to legislate directly through referendum and initiative.

This power is confined in the present age, and indirect legislation in the existing national states is impossible.

A referendum is the duty of the electorates in which they have to accept or reject an issue put before them for decision.

This function of the electorates varies from state to state.

In the Constitution of Pakistan of 1962, in case of differences between the President and the Parliament on a constitutional amendment, the final decisive power was vested in the members of the Basic Democracies, and they would decide through a referendum.

In the Swiss Constitution, the federal legislature is bound to put the proposed constitutional Amendment before the electorates for final approval.

In the Constitution of Pakistan 1973, the President can put a national issue before the electorates to decide.

This function is generally performed while deciding national issues of legal nature.

It is the power of the electorates through which they can present a motion for common or constitutional legislation.

The Law of the state determines the number of electorates required and procedure for the initiative, but it varies in various States.

The responsibility of the electorates through which they can express their opinion on a political problem is called a plebiscite.

The plebiscite is due when an issue of a minority is to be solved.

It is commonly exercised in the issue of the right of self-determination.

It is an internationally agreed power of the voters of nationality to decide their political future.

The recall is a function of the electorates. They can depose their elected representatives before the expiry of their legal term if the elected member ignores their electorates or due to any other reason, the member loses confidence in the concerned electorates.

The Law of the land fixes the number of minimum voters. When the electorates present such a motion, it is decided in the election (specially scheduled) to determine the validity of the concerned member.

In case the concerned member is rejected, a new representative is elected to complete the remaining term of the deposed member.

A specific majority can ask for the legislature’s dissolution in various Swiss Cantons.

The most important duty of the electorates is to elect their representatives.

Electorates are fully empowered and are free to cast their votes in favor of their favorite party or candidate. A candidate scoring maximum votes is declared as an elected representative.

So, in other words, electorates are to make laws indirectly, i.e., through the elected representatives.

Election of Other Political Officials:

In some countries, the electorates elect judges.