QUICK POPS
Shahbaz Sharif Offer Of Talks To Modi, Will...
What Are Pressure Groups ?
Iran : Chances of More Repression or Reform...
How Was The Taliban Rule In Afghanistan In...
History Of Crime, Punishment And Prisons
What Is The US Patriot Defense Missile System?
Difference Between Western And Islamic Concept Of State?
What Is The Purpose Of State In Islam?
Eight Years Of APS Tragedy : ‘Wounds That...
The Battle For Influence In Africa, US Versus...
Political SciencePolitical System

What Are Party Systems?6 min read 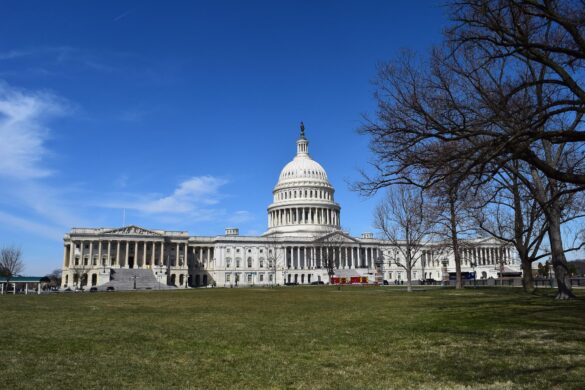 Party systems may be classified as Single-Party, Two-Party, and Multiparty.

If there is only one political party in a state, it is one party system. A single-party system is one in which one party nominates all candidates for office.

Thus there is no competition for elected offices. The only choices left to voters are to decide whether or not to vote and to vote “yes” or “no” for the designated candidate.

They have become much less common since Communism collapsed in Eastern Europe and the Union of Soviet Socialist Republics.

Funding agencies such as the International Bank for Reconstruction and Development (also known as the World Bank) often insist upon a competitive party system as a precondition for granting loans or aid to these countries.

These global agencies are to work keeping in view the capitalistic agenda, so they discourage the one-party system for this system is anti-capitalism.

Defenders of single-party systems point out that they provide a way for nations to mobilize and direct the talents and energies of every citizen toward a unified mission or purpose.

This advantage appeals to leaders of some nations that possess limited human and material resources.

In recent years single-party systems have collapsed in many countries.

In the communist world, there is Totalitarianism, the dictatorship of a single political party, and no other parties are allowed.

The Communist Party of China is an example. Except for the socialist states, there is a two-party or multiparty system in the rest of the world.

A single party completely controls the arena of politics, and all state institutions are run under its dictation.

In some states, there are two main political parties in which one rules the country and the other play as opposition.

Generally, both parties have different programs. Although there are other political parties, they are not of national importance.

Britain has a Bi-Party system; both parties are the “Conservative Party” and “Labour Party.”

In the USA, there are two parties, i.e., the ‘Democratic Party and the ‘Republican Party”.

This system works successfully in those states which have no racial classes.

In a two-party system, control of government power shifts between two dominant parties.

Two-party systems most frequently develop when electoral victory requires only a simple plurality vote. That is, the winner gets the most votes, but not necessarily a majority Of votes.

In such a system, it makes sense for smaller parties to combine into larger ones or to drop out altogether.

Parliamentary governments in which the legislators are elected by plurality voting to represent distinct constituencies may develop party systems in which only two parties hold significant seats, as in Great Britain and Canada.

There are more than two political parties in various states. It is difficult for a single party to win the elections with a clear-cut majority in various parliamentary states.

In this type of electoral arrangement, any party’s number of legislative seats depends on their votes in the most recent election.

When no party gains a majority of the legislative seats in a multiparty parliamentary system, several parties may join forces to form a coalition government.

Merits Of Bi-Party And Demerits Of Multi – Party Systems

In this system, a single political party wins elections and forms government. Government of such single ruling party frames and implements policies with complete freedom and without any pressure from allies. Such government ever enacts effective plans.

In a multiparty system, no single party can win elections, and the resultant government is a mixture of various political parties with divergent interests and programs.

Contradiction in the charters of the allies negatively affects the coalition government, and no party is in a position to legislate and execute with open hands.

Progress in multiparty states is comparatively less than in bi-party states. Critics note that multiparty systems have sometimes contributed to fragmentation and political instability, as in the Weimar Republic in Germany (1919-1933), the Fourth Republic in France (1946-1958), and Italy after World War II.

In a bi-party system, people trust a single party, and the majority remains with the ruling party.

So, the ruling party represents the majority with a clear-cut mandate. The people support the policies and programs of such governments.

In a multiparty system, the government is composed of various political parties. Policies and programs of the government are the results of a mutual bargain, and no single party can enforce her policy.

So, the bi-party system makes a more representative government and multiparty system a heterogeneous setup with colliding charters.

Parliamentary system is successful ‘only when there is a bi-party system. On one side, a majority party forms a solid and stable government; on the other, the other party forms a powerful opposition.

Opposition focuses on the activities of the rulers with an eagle’s eyes and keeps the government on the right path.

The parliamentary system is a sensitive system highly in need of stability, which is possible only through a bi-party system.

Strong opposition is impossible in a multiparty system, and ruling partners use government according to their interests.

In a multiparty system, only the ruling group is not a mixture; the opposition is also a mixture of the different political parties with clashing and conflicting programs.

Such opposition is not in a position to criticize the government effectively.

In a bi-party system, there are no or comparatively fewer chances of political bribery and corruption.

It is a simple system in which one party makes the government and the other works as the opposition.

In a multiparty system, a big party can offer a small party more ministries than its strength or proportion as political bribery to make and preserve the required majority.

Merits Of Multi-Party And Demerits Of Bi – Party Systems

Opponents of the two-party system also believe that in time the two parties increasingly tend to resemble each other and leave too many points of view out of the political process.

These factors may alienate voters and lead to low turnout in elections. Two parties limit the voters’ choices.

An American critic said, “American citizens would never accept an economic system that allowed us to buy cars from only two companies or to choose from only two airlines.

Why, then, should we have to settle for just two options in politics? No wonder a large portion of the U.S. electorate decides not to participate. They’re not buying what the two parties are selling.”

In American politics, each party says everything they do is correct, and the other party is wrong. Proponents of multiparty systems point out that they permit more points of view to be represented in government.

Due to the multiparty system, various classes ensure their representation in the affairs of the state. While in a bi-party system, only two classes or people of two views have a monopoly in politics.

In a bi-party system, groups become confined, while in a multiparty system, there is a chance of representing more views and groups, and people have a wide choice of selecting alternatives or selecting among the varieties of programs.

The multiparty system enables citizens to elect their representatives well fit and very close to their political thinking.

All types of nationalities ensure their representation in national politics and legislature.

In a bi-party system, small races generally remain deprived of their representation in the stream of national politics.

In a bi-party system, the two parties are always anemic and ever face-to-face instead of side by side.

There is a great chance of their ideological tussle and division of citizens of a country into two opposite groups.

In a bi-party system, there are many silent citizens, for there is a greater chance of differing opinions between the two parties.

Advocates of two-party systems believe they limit the dangers of excessive disintegration and government deadlock.

However, in the United States, which separates the powers and functions of government between the executive, legislative, and judicial branches, it is possible for one party to control the legislature and the other to hold the executive branch.

This frequently has led to political gridlock between the Republican Party and the Democratic Party.

On the contrary, in a multiparty system, rivalries and tussles among the parties are comparatively less, for the parties’ programs are often closer.

In this system of parties, neutral or silent citizens are few because they have a wide choice.

In a multiparty system, the workers’ will and proposals are given too much importance, and there is no strong competition among the parties to endanger national interests.

In a bi-party system, the cabinet becomes the dictator and easily legislates or executes without solid resistance.

Because there are only two parties, people are compelled to follow one party or the other.

Therefore, two parties become dictators and never care for people. In a multiparty system, the government is always not of a single party but a coalition in which the cabinet cannot become dictator because of the other allies.

So, the legislation does not remain the function of a single political party. In a multiparty system, besides opposition, the coalition partners also strongly check upon the ruling party.

In this system, if a party becomes a dictator, people may join another or a third one, and so on. Therefore, parties are cautious about their future and respect people.