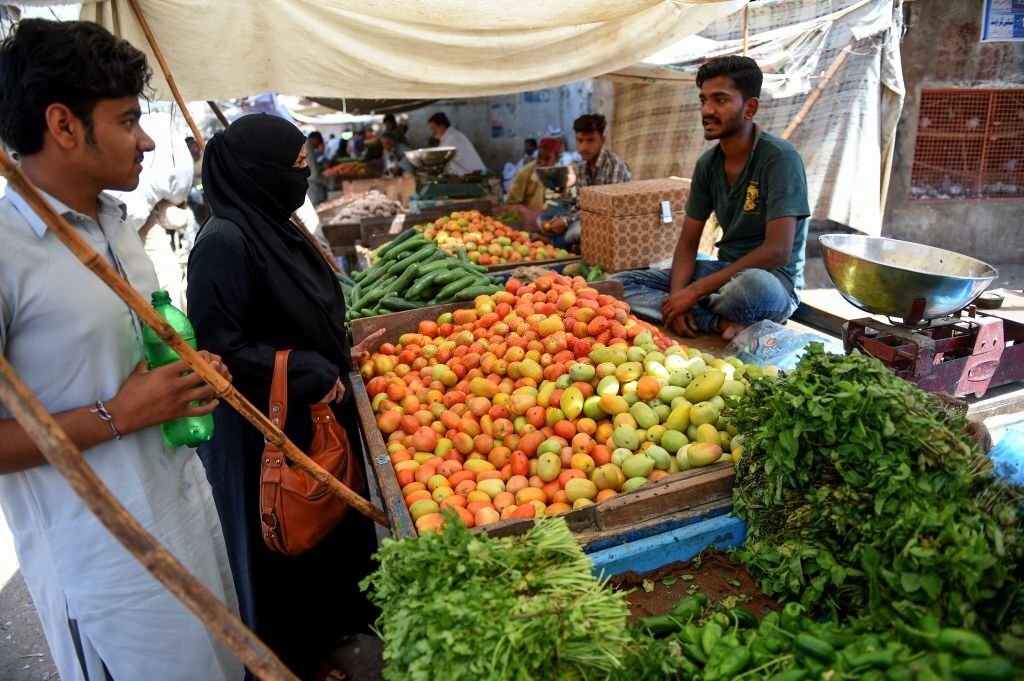 Inflation in Pakistan increased for the sixth consecutive month in August. Consumer prices rose more than 27 percent in August, the most since 1975.

According to the Consumer Price Index or consumer goods price index released by the Pakistan Bureau of Statistics, inflation increased for the sixth consecutive month.

Experts have warned that inflation may increase further due to floods across the country.

A New Record Of Inflation In Pakistan?

In flood-hit Pakistan, prices of already expensive consumer goods have increased further due to August’s inflation.

But is this the highest rate of inflation in the country’s history? The answer is that this rate is the highest in the last 47 years since 1975.

The Consumer Price Index increased by 2.4 percent compared to July when viewed on a month-on-month basis rather than year-over-year.

It had increased by 4.3 percent in July compared to the previous month.

Which Goods Increased In Price?

According to the Pakistan Bureau of Statistics index, an increase in the prices of products in twelve important sectors was noted.

The prices of food and beverages increased by nearly 30 percent compared to August last year. Inflation was the highest in the transport sector at 63%.

In this report, prices of consumer goods are divided into urban and rural areas. Overall, the prices of goods in cities increased by 26.2% while in villages by 28.8%.

According to the report, among the food items in cities and villages, pulses, onions, cooking oil, wheat, tomatoes, and vegetables have become expensive.

The price of dal masoor increased by more than 110 percent. However, a decline of around 16% was noted in the price of sugar.

An increase of 123% in electricity prices while over 84% in fuel prices was noted.

Fear Of More Inflation In Pakistan Due To Floods

Floods caused by monsoon rains in Pakistan have caused widespread destruction across the country.

According to the Islamabad government, 2 million acres of agricultural land in the country have been affected by floods.

After the floods, further increase in prices of vegetables and fruits is being noted across the country.

Experts have warned that a shortage of goods due to floods and the country’s poor economic situation may lead to further inflation.

How Is Inflation Affecting The People Of Pakistan?

According to Pakistani government data, the inflation rate in the country has reached the highest level in the last fifty years.

This means that the low-income earners’ income has halved, while the noteworthy aspect is that the salary increase is negligible.

Mohammad Nauman, a middle-class resident of Karachi in the North Nazimabad area, said he works in a private company. His salary is Rs 40,000 per month, while his wife works in a school.

She works as a primary teacher. Her salary is 27 thousand rupees. Household expenses were met with difficulty, along with children’s education, but the recent inflation storm has wreaked havoc on them. Food items that used to cost Rs 10,000 have now reached Rs 20,000.

The expenses of going to the office, electricity, and gas bills have also increased from 15 to 22 thousand.

Medicines and children’s education expenses are increasing day by day. The landlord has given notice to increase the rent.

To meet these expenses, his wife is now trying to earn extra income by tutoring some children. The poor and middle class are being badly affected by inflation.

Haris Zameer, a business editor for the local TV channel “Dunya,” said they were never as helpless in front of inflation as they are today.

He said that his salary is two hundred and fifty thousand rupees. But the prices of utility bills and food items are increasing sharply, due to which the white-collared class is being affected rapidly.

He said that the government is imposing more taxes on the salaried class. More than half of the salary is spent on food and house rent, while medicine is a daily expense, taking a cut instead of a salary increase.

He says that the household budget has increased by 50% due to inflation, but the income remains the same.

How Is It Possible To Protect Consumer Rights?

Kokab Iqbal, chairman of an organization working to protect consumers’ rights, said that his organization always raised its voice against inflation and the government’s increased prices of electricity, gas, and other food items.

He said that it is the responsibility of Commissioner Karachi to control the prices, but they think that they have given relief to the public by issuing a press release and a list of prices of food items.

He said that the magistrate’s powers should be restored so that the business people who profit illegally can be tightened.

Inflation In Pakistan And Public Reaction

People erupted when we spoke to shopkeepers and buyers in a bazaar to gauge public reaction to the depreciation of the rupee and inflation.

Most said the government is shifting the entire burden to the people instead of reducing its expenses and luxuries.

He said that the rulers also ruined Sri Lanka, and the leading cause of Inflation in Pakistan is the politicians of this country.

A citizen named Jamila Khatun said that even after 70 years, there is no arrangement to deal with any natural calamity in this country.

“Like a beggar, they are asking for help from all over the world in the name of floods. Wheat is available in large quantities in Gwadar, but flour’s price has increased.”