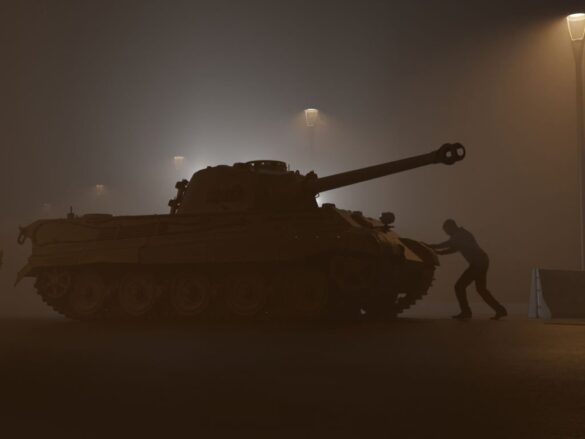 For the past two decades, historians have been writing the history of human emotions and feelings. It is a new subject, with help from psychology and sociology.

Human emotions are the product of different situations and their meaning, connotation and character also change with changing situations.

Love and hate, friendship and enmity, generosity and miserliness, kindness and cruelty, and other human emotions are products of their time and circumstances.

Sometimes emotions overwhelm people and sometimes they try to understand situations and events by controlling emotions.

Here we give an example of crying, whenever a person suffers from trauma or accident, he cries uncontrollably.

It was a sign of weakness and it was said that women gave their love by crying and shedding tears.

We also have some historical examples in this regard. When Sultan Balban’s son Khan Shaheed was killed by the Mongols in Multan, Balban did not show any shock on hearing this news.

But when he rose from the court and went alone to his solitude, the king wept there. Because he did not want to show his weakness by weeping in public.

In Shakespeare’s play Macbeth, when he learns of his family’s murder, he weeps uncontrollably.

On this one of his companions says you are a king, you should not cry like this. Macbeth replies I have feelings too.

By using human emotions in battle, soldiers are encouraged to fight bravely. Sometimes religious feelings are instilled in them, sometimes they are tempted to loot after victory.

Athenian soldiers were killed in the Peloponnesian war. Pericles, the leader of democracy, addressed the gathering paying tribute to their bravery and sacrifice for the defense of the country.

On one side of the field were the coffins of the dead and on the other side were their families and the people of Athens. Pericles’s speech made everyone cry.

Mughal Emperor Babur also raised the religious sentiments of his soldiers when he faced Rana Sangha in 1527. Rana Sangha’s army was more in number in the battlefield and Babur was threatened by it.

The situation worsened when an astrologer came and predicted his defeat. Babur in these circumstances aroused the religious sentiments of his soldiers and to impress them declared that he would not drink alcohol henceforth, and then broke the drinking vessels and spilled the wine.

In this ceremony, the soldiers were mentally prepared to become martyrs or become Ghazis. They fought bravely and were victorious.

Military generals also instilled in their soldiers the feeling of greed that after victory they would be allowed to loot.

When Tipu Sultan was defeated in 1799, the British commander first seized Tipu Sultan’s treasury. He then allowed the soldiers to return to the city.

Emotions and feelings are also used to promote trade. The capitalist makes people want to buy his company’s products through attractive advertising. Which are claimed to be beneficial for health and their use will increase beauty and charm.

‘Salesmen’ and ‘salesgirls’ who sell goods at shopping centers are told to keep their faces bright and smiling, as this attracts customers to them.

Apart from these political, religious, and commercial uses, emotions are used by the ruling classes for their own interests in many ways.

When measures were taken against the Jews in Hitler’s government, he addressed the army. He patted one of the soldiers on the chest, saying, “You should remove the feelings of mercy from here, because when the opponents of the state are tortured or killed, then instead of mercy, there should be a feeling of strong hatred instead of compassion. Because they are enemies of the country and the nation. And the country should be defended by punishing them.”

Therefore, when political prisoners and political ideologues are tortured, the torturing authority does not feel their suffering and dehumanizes them, making them the target of their persecution.

We see the same hatred in communal riots. Where feelings of pride arise by killing each other.

The ruling classes, based on their wealth and means, acquire the qualities of generosity. If there is no poverty in society, then generosity will have no status.

Even the powerful show mercy to the weak. Through charity, they make the poor needy and make the rich dependent.

Emotions Of The Rich And Poor

Although human emotions and feelings are the same for the rich and poor, their expression is different.

For example, a feudal lord openly expresses his anger on his peasants and the peasants bear it because they are weak.

But it has also happened in history when the peasants revolted and united to form a force and expressed their anger in front of the feudal lord.

For example, in the peasant revolt in Germany in 1725, a feudal lord apologized to the peasants when they attacked his castle and took him out to kill him.

But one of them angrily said that you had killed my brother, then the other farmer said to him that you had cut off my hand, so you will have to suffer the punishment for the injustice you did to us. By saying this, they killed him.

Therefore, under the circumstances, people control their emotions but also express them when the opportunity arises.

History And Politics Of Qatar : Host Of The 2022 FIFA World Cup