The Sun Is Setting On The Longest Reign 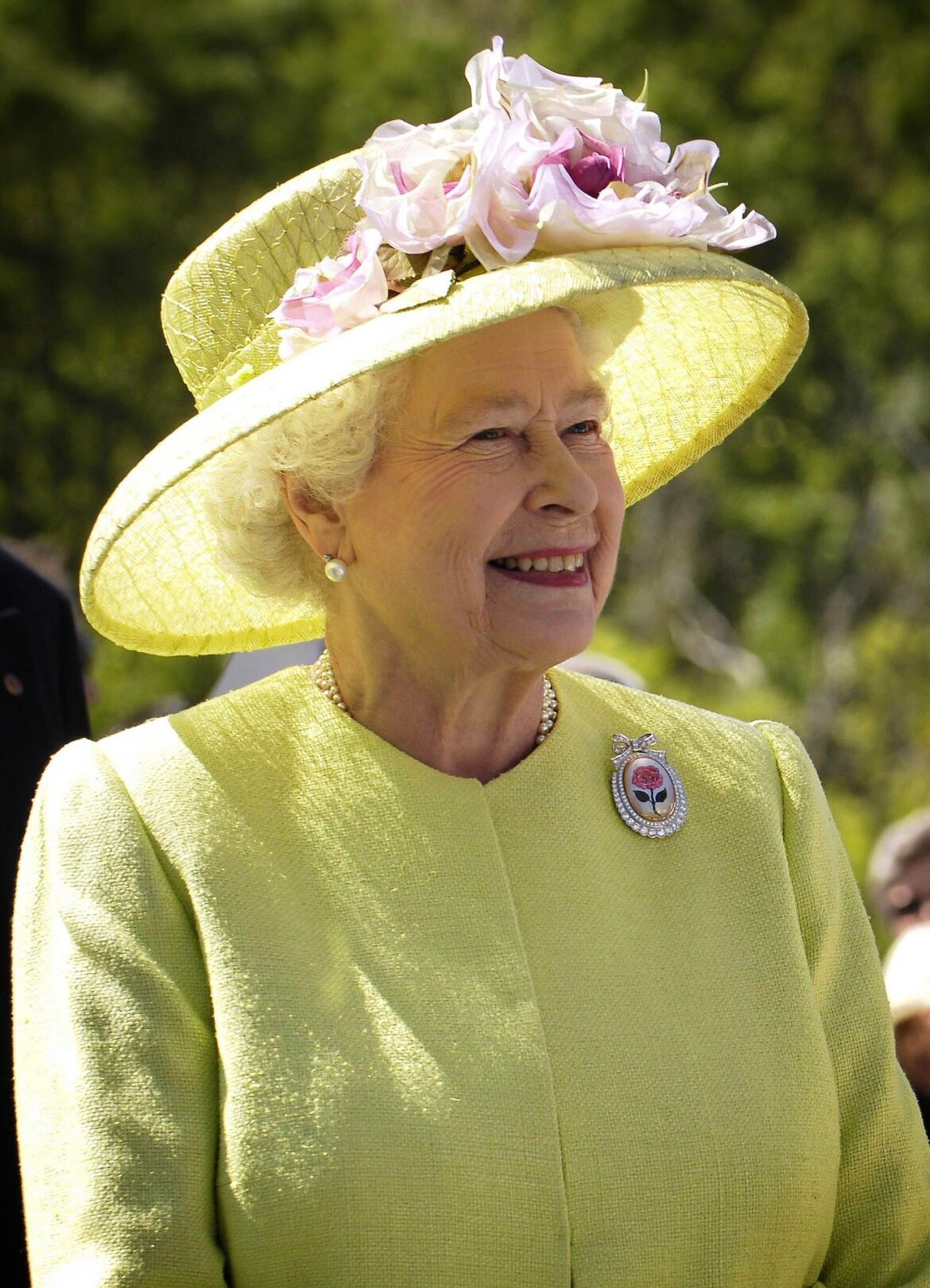 Britain’s longest-reigning monarch, the late Queen Elizabeth II, died on Thursday at the age of 96 in Balmoral Castle.

She ascended the throne after a dramatic change in the royal family.

Her four children and grandson, Prince William, are arriving at Balmoral Castle.

Prince Charles, who is now King, will spend the night at Balmoral Castle with his wife and Queen Consort Camilla. They will fly to London on Friday.

Queen Elizabeth II celebrated the seventieth anniversary of her coronation this year.

And two days ago, she met with the newly elected British Prime Minister Liz Truss.

The national flag at Buckingham Palace has been flown at half-mast since the Queen’s death.

A Look At The Life Of Queen Elizabeth II

According to historians of the British royal family, As a child, Elizabeth was convinced that she would become Queen.

Even more surprisingly, her grandfather and King George V of Great Britain had predicted her coronation.

The ensuing days not only proved this prediction correct, but on February 6 this year, Elizabeth II completed seven decades of royal rule.

At the time of her birth, Great Britain ruled over a quarter of the world’s population.

Until the middle of the last century, it was said that the sun never sets on the British Empire.

When Queen Elizabeth II ascended the throne, the sun of the British crown had set in many parts of the world.

Despite this, she was officially the head of state of many countries, including Great Britain, Australia, Canada, and New Zealand.

During her 70-year reign, the Queen of Great Britain saw many ups and downs, but the start of her longest reign was a coincidence.

Elizabeth Alexandra, who was born on April 21, 1926, to George VI, the second son of King George V of Great Britain, was undoubtedly part of the royal family. But at that time, no one thought that she would ascend the throne of Great Britain at such a young age.

A dramatic change made it possible.

Edward VIII, the older brother of Elizabeth’s father, George VI, preceded him, who reigned from January 20 to December 11, 1936.

Edward was in love with Willis Warfield Simpson, an American divorcee, and wanted to marry her.

In Great Britain, the King or Queen is also the head of the Church of England.

Marriage under the Church is for life, and the spouse of a divorced person cannot remarry if he or she is alive.

After the divorce, because the ex-husband of Willis Warfield was still alive, the church was against her marriage to the King on the same basis.

Despite the strong opposition of the royal family and the Church of England, Edward did not give up his intention to marry Wales and sacrificed the throne for his love.

This is the same King George who suffered from stuttering, and his persistent efforts to overcome it are depicted in the 2010 film ‘The King’s Speech.

After the death of George VI in 1954, Elizabeth became Queen at the age of just 25.

Over time, however, the church’s stance on the issue softened, and the Church of England did not object to Prince Harry’s marriage to divorced American actress Meghan Markle in 2018.

It was a coincidence that his father’s elder brother rejected the crown for love, after which the kingdom passed first to his father and then to Queen Elizabeth.

Elizabeth II’s coronation and longest reign are generally attributed to this dramatic change in the dynasty.

But according to historians of the British royal family, the Queen’s grandfather, George V, had already predicted the abdication of his beloved granddaughter.

British historian and biographer Robert Lacey wrote in a lengthy article for the BBC that Elizabeth’s grandfather affectionately called her Lily-Butt.

On Elizabeth’s third birthday, her photo was also featured on the cover of Time magazine under the same name.

As early as 1929, Elizabeth’s grandfather, King George V, whom she called Grandpapa England, predicted that his beloved granddaughter would rule Britain.

According to Robert Lacy, King George was the first to tell his son and Princess Elizabeth’s father that his older brother would one day abdicate.

On this prediction, Elizabeth’s grandmother and father looked at each other and called it an illogical thing.

But the coming time proved the prediction of the elder King to be correct.

Elizabeth II became Queen as Britain was recovering from the effects of World War II, which ended in 1946.

She saw many Prime Ministers, Presidents, and Popes change during her time. The Cold War and the collapse of the Soviet Union are also a part of this seventy-year history.

She also saw the extraordinary circumstances arising from the United Kingdom’s exit from the European Union and the global epidemic of Corona.

In these seventy years, many revolutionary changes took place in the politics and society of the world. But she not only remained in her position but was considered a symbol of stability in Britain.

In the past, royal orders are also remembered for their special titles, such as William the Conqueror, Alfred the Great, etc. Royal historian Hugo Vickers says that the title of ‘steadfast’ comes to mind when looking at Queen Elizabeth’s life.

Britain’s monarchy has continued during the Queen’s longest reign but has also seen many innovations.

Some of these new traditions were started by her before she became Queen. In 1945, she became the first female royal to serve in the military.

When Queen Elizabeth was crowned on June 2, 1953, it was the first time a royal event was televised live. Millions of people worldwide saw this scene on TV for the first time.

The live broadcast of the coronation ceremony was a historic turning point for TV and the British royal family.

Since then, ordinary citizens have had more access to information about the royal family’s lifestyle.

In 1957, the Queen’s first Christmas message was broadcast on TV, which she described as a step forward in direct and personal communication with the public.

The End Of Colonialism And The ‘Winds Of Change ‘

In this speech, he said, “The wind of change is blowing through this continent. Whether we like it or not, this growth of national consciousness is a political fact.”

One by one, most of Britain’s colonies in Africa and the Caribbean became independent. The British Empire chapter closed after Hong Kong was handed over to China in 1997.

Although today, there are 14 different territories and islands outside Great Britain that were part of the Queen’s empire. And she was the head of state of 15 Commonwealth countries, including Australia, New Zealand, and Canada.

But it remains a continuation of a tradition rather than a rule. Now, this legacy will be transferred to the Queen’s successor.

Interaction Of Queen Elizabeth II With The Public

In the later years of Queen Elizabeth’s life, her public engagements were somewhat limited. But as a royal ruler, she initiated many traditions of public contact.

She went on a tour of Australia and New Zealand in 1970, on which she started another new tradition.

For the first time in this visit, she mingled with the public, shook hands, and chatted with common people.

Since then, this method has become the norm of the royal family for public popularity. Princess Diana, in particular, gained the most public acclaim from such public encounters.

In 1981, the Queen’s son, Prince Charles, married Diana in a traditional ceremony, and the couple became the center of global public attention.

But later, when this marriage broke up, the reputation of the British royal family got affected.

Later in the 1990s, the popularity of the royal family declined sharply. In 1992, three of the Queen’s four children ended their marriages, and she described it as a ‘terrible year for the Royal Family.

The death of Princess Diana in a traffic accident in Paris in August 1997 was a public shock.

In Britain, the Queen’s indifference was felt over the tragedy. People criticized the Queen’s silence regarding the accident and not hoisting the national flag at half mast,

Several days after the incident, under intense public pressure, the Queen finally addressed the nation on television.

She said, “As the Queen and as a grandmother, I am addressing you, and we are trying to get over this trauma in our own way.” .

A Visit To Ireland After A Hundred Years

In May 2011, the Queen became the first British monarch to visit Ireland in 100 years.

On the occasion of her visit, the Queen expressed her sympathy to those suffering due to the strained relations between the two countries.

Her visit was historic for reconciliation between the two nations.

2012 marked the 60th anniversary of the Queen’s accession to the throne, her Diamond Jubilee celebrations, and the same year the Olympics were held in London.

According to observers, the popularity of the British royal family began to rise again during this period.

A year before the Queen’s Diamond Jubilee celebrations, the wedding of her grandson Prince William and Kate Middleton had been a joy to the public.

Over the past few years, the British royal family has faced two major crises.

In 2020, the Queen’s grandson Prince Harry and his wife Meghan moved to the United States. They accused the royal family of racist behavior in an interview.

Harry and Meghan stepped down from royal duties in 2020.

In the same year, allegations of sexual harassment against Prince Andrew, the Queen’s middle son, came to light.

A woman sued him in a US court where she alleged that Prince Andrew had forced her to have sex at that time when this woman was 17 years old.

This year, Prince Andrew settled out of court with the woman who made the accusation.

Prince Andrew was stripped of his military honors after the trial began. This decision was a signal to distance the royal family from him.

Separation Of A Long-Time Partner Of Queen Elizabeth II

In the last years of the life of the Queen of Great Britain, her life partner also separated from her.

On April 9, 2021, this 73-year relationship ended with the death of Prince Philip, the husband of the Queen of Great Britain.

Prince Philip was always by his side during this journey spanning seven decades.

After the death of Prince Philip, the Queen’s reign began a period in which she handed over most of her responsibilities to her successor, Prince Charles.

Was It A Golden Age?

Some observers describe Queen Elizabeth’s seventy-year reign as a golden age. They compare her to her namesake, Queen Elizabeth I, who ruled Britain four centuries earlier. The reign of Elizabeth I was the greatest era for Great Britain.

On the contrary, according to some observers, the Queen’s greatest achievement was that she was able to maintain her family’s monarchy in the United Kingdom despite widespread social and economic changes.

The most outstanding achievement in a monarchy is to ensure continuity of government and succession. In this respect, the Queen was a successful ruler.

The Queen did not give interviews, nor did she ever express her opinion on political issues. Comparing herself to Elizabeth I, she once said that she does not feel like her great ancestor.

The Queen used to say that it was up to the people to decide on her reign. And that she did not think it appropriate to have any opinion.