Climate Change , Who Will Pay The Affected Countries?3 min read 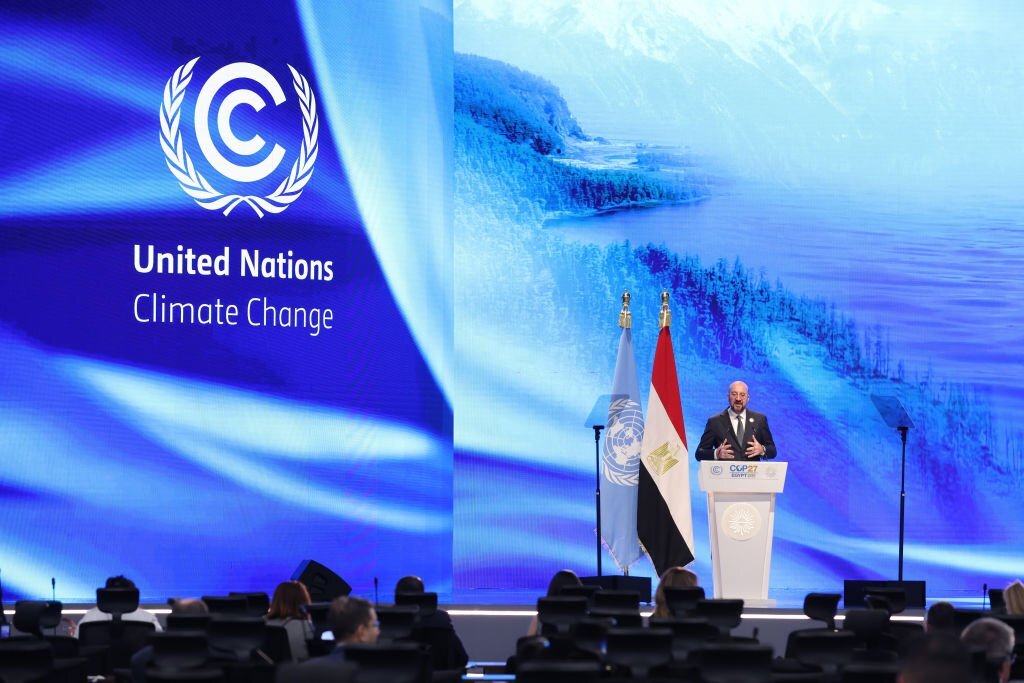 Climate change is becoming more severe than ever and the damage is increasing.

People in this country are losing their income, their homes, even their lives. The region is facing the worst drought in the last 40 years.

“These climate changes are making us thirsty, increasing our appetite,” Eric Njaguna told us in the Kenyan capital, Nairobi. I think it’s the effect of these changes, which is leading to an increase in anger.”

Kenya is one of the countries in the world, which is most affected by climate change. And where the heat intensity is continuously increasing.

Climate change has not only afflicted Kenya, but the drought has brought millions of people in the Horn of Africa to the brink of starvation.

Eric Njuguna says that the loss must be paid for.

The recent summer floods in Pakistan killed at least 1500 people and cost the country billions of dollars.

There is a growing global clamor for redressing this loss. It is being demanded that rich countries pay into a “Loss and Damage Fund”. From which money can be provided to countries that have suffered losses.

What Is Loss And Damage Fund For Climate Change?

The concept of “Loss and Damage Fund” was first proposed in 1991 by a small coalition of island nations during the international environmental negotiations in Geneva.

These island nations proposed an insurance scheme against rising sea levels, the costs of which were to be met by industrialized nations.

But this idea was not seriously thought of at that time. Again, a discussion was held in this regard at the World Environmental Conference in Poland in 2013 and a committee was formed.

The purpose of the Warsaw International Mechanism on Missing and Loss was to expand knowledge about this important problem and find ways to deal with it.

But since then, very little progress has been seen in this regard.

Last year, an environmental conference organized by the United Nations was held in Glasgow, Scotland.

In this meeting, there was also a discussion regarding devising a mechanism to compensate for the loss of the affected countries. But several major countries opposed it.

However, at the Glasgow conference, the door was kept open for further discussions in this regard.

Rich Countries Are Reluctant To Pay

Historically (from 1751 to 2017), rich countries such as the United States, the European Union, and the United Kingdom have been responsible for the largest emissions of carbon dioxide at the international level.

During this time, 47% of the harmful gases were emitted by these countries. While entire African and South American countries are responsible for only 6% of the carbon dioxide emissions.

Now it is the developed countries, which are slow to provide financial support to the affected countries.

In 2010, the countries of the Global North pledged to provide $100 billion annually by 2020 to help developing countries deal with the effects of climate change.

For example, it aimed to provide farmers with crops that could withstand drought or financial support for better defense against floods.

According to the Organization for Economic Cooperation and Development (OECD), in 2020, these rich countries pledged only $83 billion in aid. Which is less than the agreed agreement.

Marlene Achoki, co-leader of global policy on environmental justice at the NGO CARE International, says the problem is a creation of rich countries and they should be providing the funds to tackle it.

“Instead of focusing on poverty and education, they have to take steps to tackle climate change,” says Marlene Achoki.

In order for communities to deal with these issues, they must be provided with resources and financial support.”

What Is The Most Important Point?

Although many developed countries recognize the need for “loss and damage”. Many countries say that the affected countries should be helped through the existing “Climate Fund”.

For example, the European Union has said that it is ready to discuss the topic of “loss and damage”. But it is not ready to create such a specific fund.

“I think there is a fear that if these countries recognize the additional financial need, it will open new doors for demands, for liability and compensation claims,” ​​says Zoha Shao of the Stockholm Environment Institute. “The cost of which will be very high.”

“For example, if a bridge collapses due to a flood or a house is destroyed by a storm in a developing country, these developed countries fear that they will be responsible for paying,” adds Zuha Shao.

However, during all this debate, some countries have decided to find their own way.

Earlier this year, Denmark announced more than $13 million in “loss and damage” funds for developing countries.

Similarly, last year Scotland promised to pay at least a million for the coastal region.

Zoha Shao says that action by individual nations is a good way to address the urgent needs of developing countries. But rich nations are failing to significantly reduce carbon dioxide emissions as temperatures rise.

The real problem is to reduce the emission of harmful gases. Otherwise, natural disasters will continue to wreak havoc in the future.

Midterm Elections: How Will The Results Effect President Biden’s Decision-Making?

History And Politics Of Qatar : Host Of The 2022 FIFA World Cup