QUICK POPS
Low Foreign Exchange Reserves , Is Pakistan Going...
Will The New Military Leadership Be Able To...
Anwar Ibrahim: Malaysian Opposition Leader Is The Country’s...
Space Supremacy: Which Country Owns The Moon?
NATO: Political And Military History
Why Is The Appointment Of Pakistan’s Army Chief...
Honorary Diplomats And The Abuse Of Diplomatic Status
Trump Announces To Enter The Presidential Contest Of...
G20 Summit : Participating Countries At Odds
The World’s Population Has Reached Eight Billion Mark
Defence 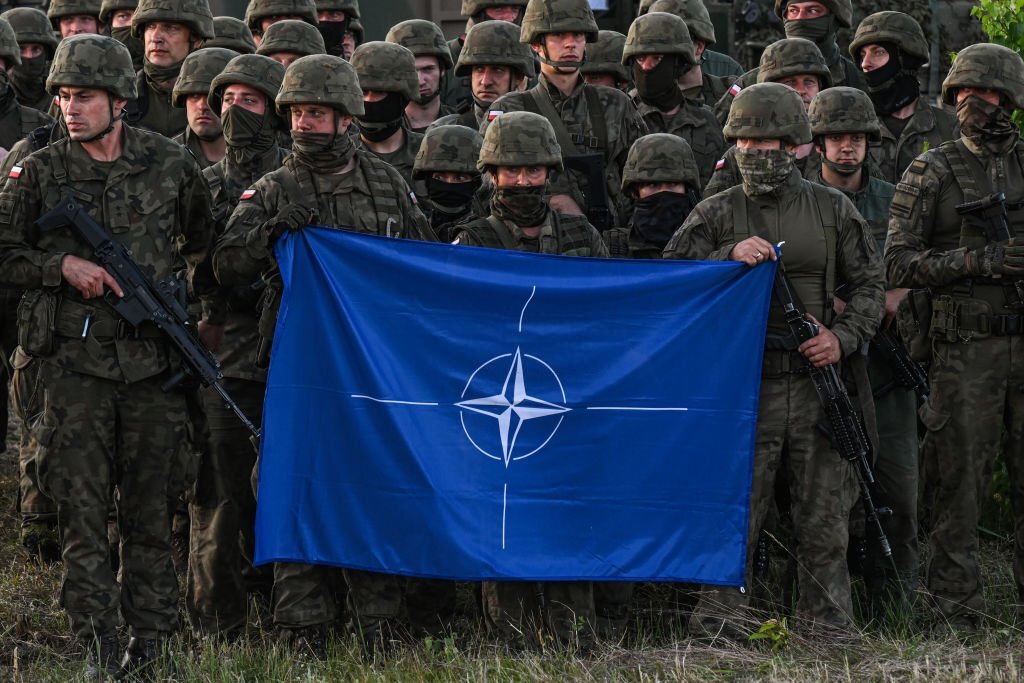 The NATO alliance was established primarily as a shield against the expansionist ambitions of the former Soviet Union.

This alliance adheres to the guiding defence principle of ‘Attack One, Attack All.’

The North Atlantic Treaty Organization (NATO) was established in 1949. This alliance’s main and primary objective was to work to prevent the threat of Soviet expansion in Europe after World War II.

Instead, America saw NATO as a tool to prevent the resurgence of nationalist tendencies in Europe. America also used NATO to promote political integration on the continent.

However, its origins date back to 1947, when Britain and France signed the Dunkirk Treaty. This was an alliance to counter a German invasion at the end of the war.

NATO, as an organization, acts as a collective security alliance to provide mutual defence through military and political means to any member state in case of a threat from a foreign country.

This collective defence clause is called Article Five of the NATO Charter.

According to this clause, “The Parties agree that an armed attack against one or more of them in Europe or North America shall be considered an attack against all of them.

Consequently, they agree that in the event of such an armed attack, each of them shall immediately act individually in accordance with their right of individual or collective self-defence recognized by Article 51 of the Charter of the United Nations. and will support it in conjunction with other parties.

It also includes using armed force to restore and maintain security in the North Atlantic region.” Article 5 was invoked once after the 9/11 attacks on the United States in 2001.

NATO : A Power Against Soviet Russia

The Soviet Union responded to the creation of NATO in 1955 by forming a military alliance with seven communist states of Eastern Europe called the Warsaw Pact.

But the fall of the Berlin Wall and then the collapse of the Soviet Union in 1991 paved the way for a new post-Cold War security order in Europe.

Many former Warsaw Pact countries joined NATO after breaking free from the shackles of the Soviet Union.

The most recent additions to NATO were Montenegro in 2017 and North Macedonia in 2020. Bringing the total number of NATO member states to 30.

So far, 28 of NATO’s 30 countries have endorsed Sweden and Finland’s requests.

Three countries are currently classified as “Aspiring Members.” These include Bosnia and Herzegovina, Georgia and Ukraine.

In the background of the ongoing war between Russia and Ukraine, the efforts of the latter countries to join this alliance have once again intensified. Russia calls the idea of ​​Ukraine joining NATO a red line.

As defined in Article 10 of the treaty, NATO’s open-door policy allows any European country to join that can “enhance and contribute to the security of the North Atlantic region.”

According to this article on the NATO website, “Aspiring members are also expected to achieve specific political, economic and military goals.

To ensure that they contribute to the security of the alliance. Along with paying, there will also be beneficiaries.

Why Is The Appointment Of Pakistan’s Army Chief Important For The World?