QUICK POPS
What Is Totalitarianism?
What Is Dictatorship Or Authoritarianism?
Ukraine War: Torture Cells And Mass Graves Discovered
SCO Summit: Exchange Of Smiles Only Between Xi,...
Shanghai Cooperation Organization Summit 2022
Biden Commemorates 9/11 at the Pentagon
Queen Elizabeth II Has Died
What Are Party Systems?
Inflation In Pakistan At 47-Year High
Why Are Indian Farmers Committing Suicide?
World News

SCO Summit: Exchange Of Smiles Only Between Xi, Modi, And Sharif2 min read 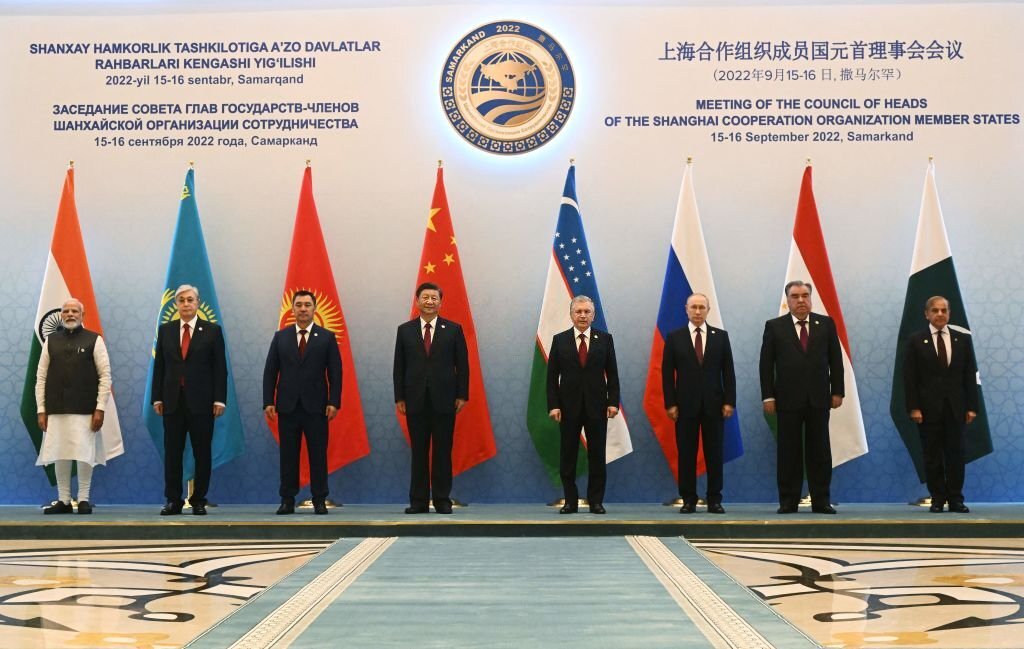 During the SCO summit, the meeting between leaders of different views on global conflicts and the scheduled meetings of the heads of allied countries became the center of attention.

In such a situation, all eyes will be on Indian Prime Minister Narendra Modi, Chinese President Xi Jinping, and Pakistani Prime Minister Shahbaz Sharif, who will be under the same roof during the meeting.

However, the possibility of meeting with Chinese President Xi Jinping and Pakistani Prime Minister Shahbaz Sharif is less likely.

Some experts say that if Prime Minister Modi meets Xi Jinping and Shahbaz Sharif face to face, they may not shake hands due to Corona, but exchanging smiles will also be a step forward.

But he did not respond to a question about his meeting with Xi Jinping.

However, there are speculations that Modi may also meet Turkish President Recep Tayyip Erdogan.

Russia’s official news agency “Tass” has said with reference to the aide of the Russian president, Yuri Ushakov, that President Putin will discuss the global agenda with Prime Minister Modi.

Apart from this, there will also be talks on various issues, including strategic stability, the situation in the Asia-Pacific, cooperation at other global forums, including the United Nations and the Group of 20, and mutual trade and economic cooperation.

According to the Indian media, Modi’s talks with Putin and other leaders are important because India will chair the Security Council in December, lead the SCO in 2023 and be the chairman of the Group of 20.

Earlier in December last year, Modi and Putin held talks when Putin visited New Delhi. After that, in July this year, both reviewed the implementation of the decisions taken in that meeting.

“Even if there is no handshake, only an exchange of smiles will be enough.”

The question in the Indian media is whether there will be a meeting between Prime Minister Modi and Chinese President Xi Jinping.

Although neither India nor China has given any statement in this regard, just before the summit, the withdrawal of forces from some disputed areas on the Line of Actual Control (LAC) in Ladakh would have given a positive signal.

Senior analysts say that body language is also very important in diplomacy, and even if these two leaders do not meet and only smile at each other, they are one. It will be a big event.

According to observers, due to the presence of Russia and China in the SCO and now Iran’s participation in it, the West considers the SCO a block against it.

So, the West will keep its eyes on Modi’s meeting with the world leaders. Given the current global situation, the importance of India has increased.

In the case of the Russia-Ukraine war, he did not support or oppose any side but took a neutral stance and insisted on resolving the issue through dialogue.

India’s Ambassador to Uzbekistan, Manish Prabhat, while talking to the Indian broadcaster ‘India Today,’ tried to allay the concerns of the West.

He said that India’s stand in this matter is clear, and it has also been noted on the SCO platform that SCO is neither against any country nor against any block of countries. Its purpose is constructive cooperation and the establishment of peace and stability in the world.

‘the Eyes Of The Western Countries Will Be On The SCO Summit.’

Rahes Singh, an expert in international affairs, says that the conditions of the world system and international diplomacy are currently uncertain.

He said that in the meeting between Modi and Putin, there would be a comprehensive discussion on the Indo-Pacific situation, the situation in the Middle East and Eurasian region, mutual trade, and economic cooperation.

It is not clear who will meet Prime Minister Modi. The Indian Ministry of External Affairs has not yet made any statement about this.

But it needs to be noted that the SCO includes countries with which the US does not have very good relations, especially Russia and China.