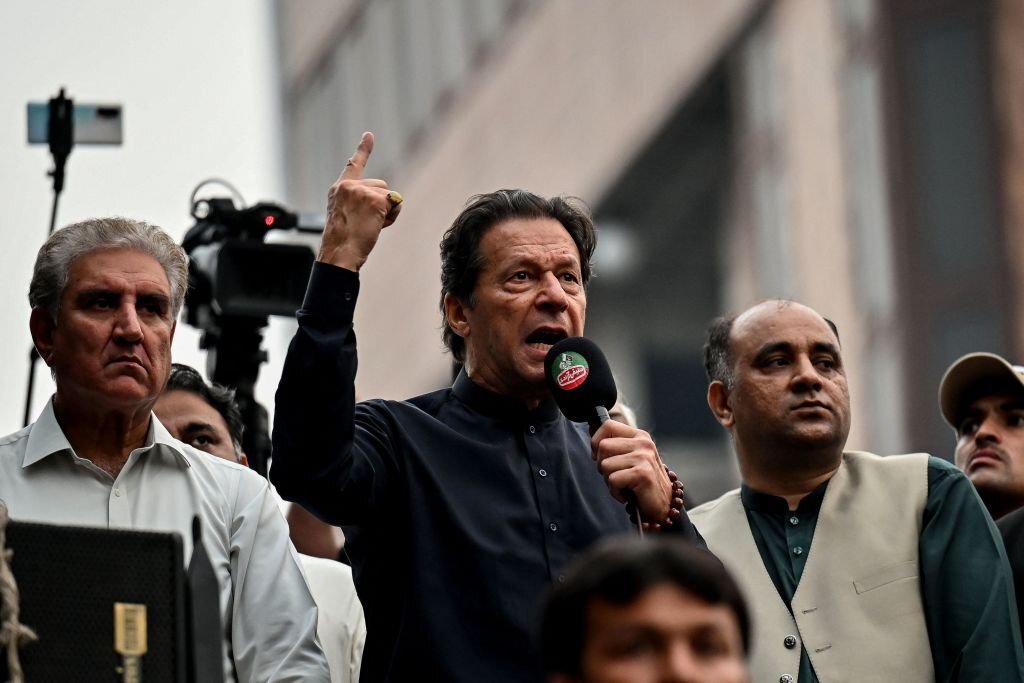 The leaders of Pakistan Tehreek-e-Insaaf have declared the incident of firing as an assassination attempt on Imran Khan.

They have also announced to filing of an FIR against Federal Interior Minister Rana Sanaullah.

Nationwide protests started against the incident of injury of Imran Khan and his companions as a result of firing during the anti-government long march of Pakistan Tehreek-e-Insaaf.

In several cities, PTI workers came out on the streets and raised anti-government slogans. And there were reports of arson and road blockades from several places.

According to the details, protests were held in all major cities including the four provincial capitals against this incident.

Sheikh Rasheed, an ally of Imran Khan and head of Awami Muslim League, said in his reaction that the attack on Imran Khan is a conspiracy to start a civil war in the country.

He has appealed to the people not to take the law into their hands.

The incident of firing on Imran Khan and his colleagues is being condemned by every school of thought.

In one of his messages on Twitter, he wrote that he strongly condemns the incident of firing on Imran Khan.

Shahbaz Sharif also said that there should be no place for violence in the country’s politics. And that he has requested an immediate report of this incident from the Federal Interior Minister.

Various political leaders including Pakistan Muslim League-Nawaz leader Nawaz Sharif and Jamaat-e-Islami chief Siraj-ul-Haq also condemned the incident and prayed for the recovery of the injured.

According to an official report, during the long march, a total of thirteen PTI members in and around the stage container came under fire.

According to the report, the bullet that hit Imran Khan crossed the lower part of his right leg.

While among other leaders, Ahmed Nasir Chatta was injured in both legs. Zahid Khan was injured in his arm and leg, two people named Liaquat and Araib were shot in the stomach. While Senator Faisal Khan, Ali Zaidi, Imran Ismail, SA Hameed, and Yusuf Khan sustained minor injuries.

Immediately after the assassination attempt on Imran Khan he was shifted to Shaukat Khanum Hospital in Lahore. According to reports, a four-member medical board headed by Dr. Faisal Sultan is treating him.

Imran Khan’s spokesman and Pakistan Tehreek-e-Insaaf’s central leader Jamshed Cheema said that the Long March container was targeted when the marchers resumed their journey after a break.

According to him, Imran Khan has been shot in the leg, but his condition is out of danger.

The leaders of Pakistan Tehreek-e-Insaaf have termed this incident as a murderous attack on Imran Khan.

Jamshed Cheema has announced filing of an FIR against Federal Interior Minister Rana Sanaullah in this incident. He said that there will be protests across the country against this incident.

When contacted, the local police confirmed the arrest of a person from the crime scene.

According to several eyewitnesses who were present at the time of the shooting, a man opened fire with a modern weapon near the main container in PTI’s long march but was caught by the people there.

After this incident, the participants of the long march panicked and people started running around to save their lives out of fear.

According to Jamshed Cheema, an important meeting of Pakistan Tehreek-e-Insaf will be held in Lahore in which important decisions will be taken regarding the future plan of action.

In response to a question, he said that a decision regarding the continuation or postponement of the long march will also be taken in the same meeting.

According to him, the firing on the container is a continuation of the incident of Faisal Wada. “It could be a big conspiracy by big people.”

Midterm Elections: How Will The Results Effect President Biden’s Decision-Making?