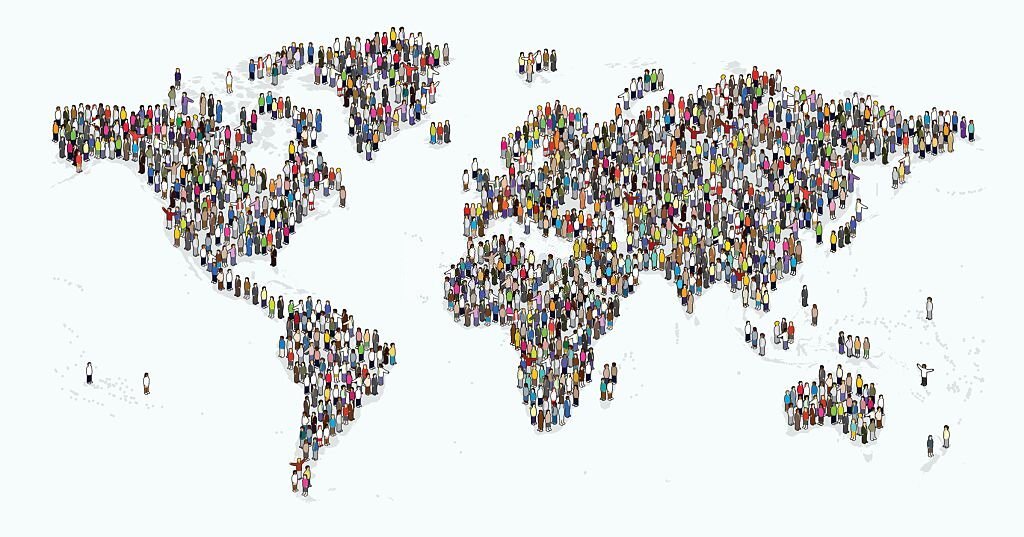 According to the United Nations report, on Tuesday, November 15, the world’s population reached eight billion.

In the report, the world’s population reaching 8 billion has been described as an important milestone in the path of human development.

However, it has also been said that the world population is growing at its slowest rate since 1950. Even dropping by one percent in 2020.

The report said that it took 12 years for the world population to increase from seven billion to eight billion. And it will take about 15 years to reach nine billion.

That is, by the year 2037, the population of the world will be nine billion, which is a sign of slow progress in the global population.

According to the report, the two most densely populated regions in the world in 2022 were in Asia.

China and India, each with a population of more than 1.4 billion, are the two most populous countries in the Asian region.

India Will Surpass China In Population

The United Nations predicts that by 2050, more than half of the global population growth will be concentrated in just eight countries.

According to the report, China is the most populous country in the world with a population of 1426 million in 2022.

While India’s population was only slightly less than that at 1412 million.

According to UN estimates, China will surpass India in terms of the highest. India will become the most populous country in the world in 2023.

By 2050, India’s population will increase to 1668 million. While China’s population has started to decline and will reach 1317 million by the year 2050.

Sociologists say that while population growth can be beneficial on the one hand, it will also create a number of challenges.

And if these are not properly addressed, population growth will become a problem for India.

China implemented a one-child policy in the 1980s to control its growing population.

Under this policy, all Chinese families were allowed to have only one child. However, this regulation was abolished in 2016.

And now the Chinese government is giving various incentives to Chinese youth to have more children.

The report said that Pakistan has about 3% of the world’s total population. Here a woman gives birth to an average of 3.6 children.

Pakistan is one of the eight countries where more than half of the world’s population will be concentrated by 2050.

Influence Of Human Emotions On Political And Social Situations