Escalating The Ukrainian War Is A Compulsion For Putin's Survival 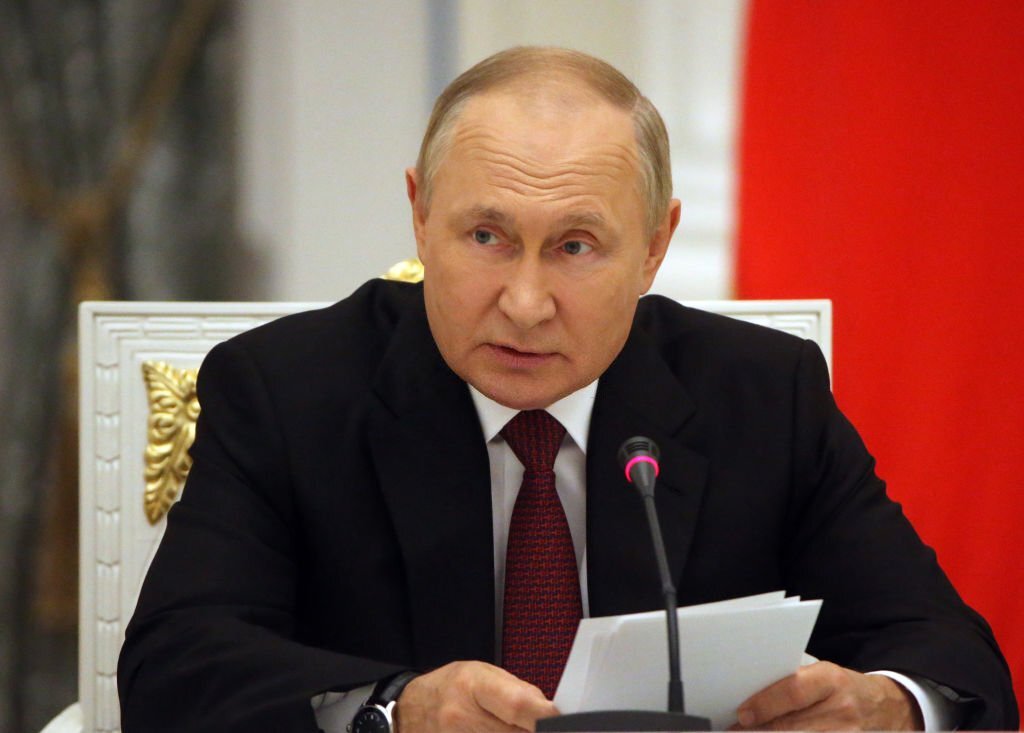 According to experts, Putin’s assessment was wrong, and now Russians are paying the price with their lives.

There is no way back now. If Vladimir Putin loses the war he started against Ukraine; he will pay the price in the form of the collapse of his own power, or perhaps even more.

For better or worse, a similar situation will be faced by politicians in the government and the Duma, whose fate is tied to the head of the Kremlin.

They are panicking now. Russia is actually at risk of military defeat due to the recapture and success of many areas of their country by the Ukrainians, and no one in Moscow expected it.

For this reason, President Putin has now ordered a partial military mobilization of the army and wants to send another 300,000 reserve troops to the front.

Their goal is to stop the Ukrainians from advancing—the advance which is sealing the failures of the Russian army.

Just a few days ago, on the occasion of the Shanghai Cooperation Organization (SCO) meeting in Uzbekistan, President Putin showed indifference and said that Russia is in no hurry to enter Ukraine.

But in reality, the world saw a weak and lonely Putin.

Television cameras showed an elderly man waiting for other heads of state and government. Sitting politely on the couch, Putin listened to the other leaders.

Turkey, India, and even China have publicly signaled their opposition to the Russian war and support for Ukraine’s territorial integrity.

The truth is that the Ukraine war is a burden on the world economy. That means it limits the power of the very politicians that Putin hoped would support his aggressive war.

From the Kremlin’s point of view, the status quo cannot continue. This is why President Putin has made rapid changes and ordered partial military mobilization.

The declaration of a “referendum” within days in the occupied territories on whether to join the Russian Federation shows that Ukrainians do not want to join Russia.

This is voting at the point of a gun, a referendum among the ruins. No one in the world will take it seriously.

President Putin wants to secure the spoils and incorporate the conquered territories into the Russian Federation.

Putin may then call for using all military means in the name of homeland defense.

At first, Ukraine’s “special military operation” was limited in time and space and had little to do with the daily lives of most Russians.

But now Putin’s speech says that “Russian territory” will be defended by all means. In other words, nuclear weapons may be used.

You don’t need to be a prophet to predict the end of the term “special military operations” in the coming days.

Kremlin propaganda will now bury this slogan. Instead, absurd and complex lies will be made up, citing more dangers.

State-controlled TV broadcasters will use them to try to control the Russians. They are already claiming that Russia is not at war against Ukraine, but Russia is defending itself against the US and UK presence in Ukraine.

But whoever wants to believe it, who is stopping him? World leaders will take Putin’s toy with fire seriously at the United Nations General Assembly meeting in New York.

There is hardly any change in his policy towards Moscow.

But what will happen to three hundred thousand Russian reserve soldiers?

They have never gone to war and are weak. These are domestic people, dragged out of their everyday lives into this war against their will.

They are supposed to defend Russia with criminals and Chechen mercenaries in Ukraine, but it doesn’t seem like it will happen.

You will see for yourself that the citizens of Ukraine do not want to be related to Russia. Tens of thousands of people will be killed so Putin and his cronies can stay in power and not have to justify their crimes against their own people.

This is the real tragedy of the Kremlin chief’s recent bad judgment.