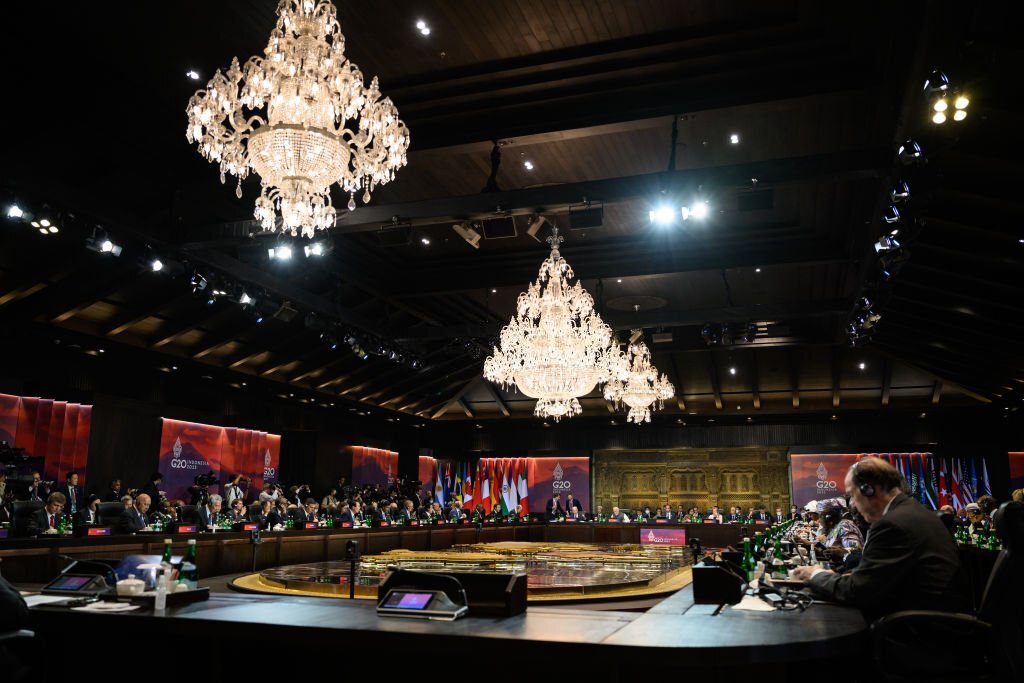 Differences between participants are coming to the fore on the sidelines of the G20 summit.

The United States and its allies want to pass a resolution condemning Russia’s attack on Ukraine, which Russia has rejected.

The ongoing G20 summit on the Indonesian island of Bali is clearly divisive.

Ukraine and the West want as many countries as possible to condemn the Russian invasion of Ukraine at the meeting to increase pressure on President Vladimir Putin to end the war.

For this purpose, Ukrainian President Volodymyr Zelensky has met with G20 leaders including the United States.

The Ukrainian president has proposed a 10-point peace formula, calling for the war to end “justly, on the basis of the UN Charter and international law.”

Ukraine, the European Union, and the United States want a declaration condemning the Russian attack.

Appeal By The Host Country Of The G20 Summit

Indonesian President Joko Widodo has warned of growing divisions in the international community.

The host appealed to the participants to do their part to prevent the world from splitting into two.

In the context of the Ukraine war, the President of Indonesia said that the end of this war is necessary. And if it does not happen, it will be difficult for future generations to fulfill their responsibility.

On the other hand, German chancellor Olaf Schulz has said that if the war in Ukraine ends, the ongoing recession and bad economic conditions in the world can end.

Meanwhile, China and France have agreed to immediately de-escalate the war in Ukraine.

US President Joe Biden has also met Turkish President Recep Tayyip Erdogan on the sidelines of the G20 summit.

The Turkish presidential office did not release further details of the meeting in Bali.

The meeting took place at a time when Turkey refused to accept the US condolence message after the Istanbul bombing.

The Turkish government says that the Kurdish organization responsible for the bombing has US support.

Russia’s Position In The G20 Summit

On the other hand, Russia has rejected any such declaration, for which only the Moscow government is to be blamed.

Russian Foreign Minister Sergei Lavrov said, “Our Western colleagues have made every possible effort to politicize the declaration.”

They have tried to stick to such words, which means that we and the entire G20 countries condemn the actions of the Russian Federation.

Russia has said the West is providing Southeast Asia with ‘weapons’ to counter the interests of Russia and China.

A ‘war of words’ between Russia and Western leaders had begun even before the start of the G20 summit.

Even before the G20 Summit began, a series of tough statements between Western and Russian leaders had begun.

The Russian delegation is led by Russian Foreign Minister Sergei Lavrov. It is the first time Russian officials have attended such an international event since the invasion of Ukraine in February.

Earlier, it was said that Russian President Vladimir Putin would also attend, but now he has decided not to attend due to his “engagement”.

Ukraine is poised to dominate this summit. Not only Ukrainians but also Western leaders are likely to publicly oppose Russia’s invasion of Ukraine.

Together they will try to increase pressure on China and India to condemn the Russian invasion.

Both of these countries have expressed concern about the war in Ukraine, but have not openly condemned the Russian attack.

Speaking during a press conference at the end of the Association of Southeast Asian Nations (ASEAN) in Cambodia’s capital, Russian Foreign Minister Sergei Lavrov criticized the US actions in the region and reprimanded the Washington government.

This is the region, that both Russia and the West see as a potential strategic and geopolitical battleground in the coming decades.

On this occasion, the Russian Foreign Minister said, “The United States and its NATO allies want to ‘dominate’ here.”

Attempts have been made to ignore the ‘comprehensive structure’. “Its clear objective is to further arm the region to contain the interests of China and Russia in the Asia-Pacific,” he added.

What Does America Want In This Region?

US President Joe Biden is also participating in the ASEAN Summit. Meanwhile, he has outlined a comprehensive strategic partnership between the US and the region.

Biden told Southeast Asian leaders that Washington is committed to building a “free and open, stable and prosperous and a secure” Indo-Pacific.

Neither the US nor Russia are members of ASEAN, the 10-member group of Southeast Asian nations, but several world leaders have attended ahead of next week’s G20 summit in Indonesia.

Ever since the West imposed unprecedented sanctions on Moscow in response to its invasion of Ukraine, Russia has sought to develop closer economic, political, and security ties with Asia.

Putin has portrayed Russia and China as the leaders of a global revolt against the global hegemony of the US and the West. The US views China and Russia as two major global threats.

Trump Announces To Enter The Presidential Contest Of 2024