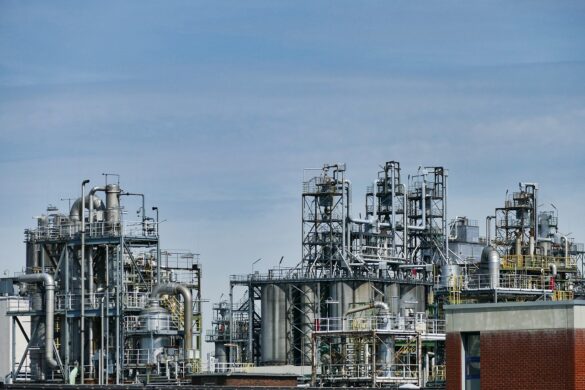 Due to the Ukraine war, Europe weighs in to reduce its dependence on Russian fossil fuels.

On the other hand, Israel wants to fill the gas gap with its ocean reserves.

EU states are divided on the timetable. But European Commission President Ursula von der Leyen hopes the EU will end its dependence on Russian gas, oil, and coal by 2027.

Officials and experts say Israel could build one or more pipelines via Greece or Turkey.

The other way is to increase the amount of gas supplied by Egypt so that liquefied natural gas can be shipped to Europe.

“The war in Ukraine will change the energy market structure in Europe and the Middle East.”

We are also looking at further economic cooperation. “

Israel has been working for years to find new routes for gas exports. But it has yielded mixed results so far.

Turkey’s relations with Israel have been strained for the past decade but are now improving.

Now Turkey has also expressed interest in a new pipeline. And its energy minister is expected to visit Israel in the coming weeks.

Amid diplomatic tensions with Turkey, Israel signed an agreement with Greece and Cyprus in 2020.

This pact aimed to build an “East Made Pipeline” from Israel to Europe through the two countries.

Turkey has strongly opposed the plan. A senior US diplomat said that the pipeline could take a long time to build and would be “extremely expensive.”

By using the Greek and Cypriot maritime borders, the pipeline for gas supplies to Europe would cost about 6 Billion US$ and could take about four years to build.

On the other hand, if a gas pipeline is built with Turkey, it will cost 1.5 Billion US$, and it can be completed in two to three years.

The situation now is that both Greece and its regional rival Turkey are working with Israel to build a gas pipeline. Israel has to be careful with these regional allies.

The massive gas discovery in the Eastern Mediterranean, about 1,000 Billion cubic meters, has transformed Israel from an importer of natural gas to an exporter in the last decade.

It currently sells small quantities of gas to Egypt and Jordan from its two largest offshore fields, Leviathan and Tamar.

According to former Israeli Energy Minister Joel Stantz, they will have about 600 Billion Cubic Meters of gas available for export in the next three decades, despite Israel’s domestic consumption.

“Turkish and Trading companies tested the pipeline to Turkey in 2016,” said Orit Ganor, director of international trade in natural gas at Israel’s Ministry of Energy.

But the plan failed to materialize, primarily for economic reasons. “

The Israeli government has also reached an agreement with Egypt. Under which more gas from Leviathan Field could be delivered to Egypt via an existing pipeline and then to Europe.

Leviathan Field is managed by Israeli and American companies NewMed Energy and US Major Chevron.

Due to the war in Ukraine, Europe is looking for new gas markets.

According to experts, Israel can help Europe in this situation and get her out of this crisis in the coming years.

Israeli government officials are trying to export gas from Egypt, Greece, and Turkey. All three routes, instead of choosing one route in the future.

The Evolution Of CAPITALISM: What The Next Phase Will Look Like?