Russia Could Not Be Isolated, Says President Putin2 min read

Also denied allegations of genocide in the Ukrainian town of Bucha. 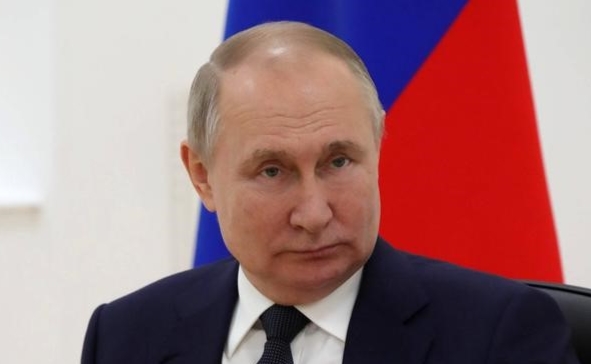 President Putin said that Russia could not be isolated from the rest of the world and that it was extremely difficult to isolate any country in today’s world.

He has also denied allegations of genocide in the Ukrainian town of Bucha.

Russian President Vladimir Putin said on the occasion of ‘Space Day’ celebrated in the country, “We cannot be alone. It is very difficult to isolate any country in today’s world, especially a country like Russia.”

For the first time since the US-led invasion of Ukraine, the Russian president has spoken to the people about the war.

In his speech, President Putin promised the Russian people that Russia would achieve all its “great goals” in Ukraine.

“We are back at a dead-end in negotiations with Ukraine,” Putin said in a speech at the Vostochny Cosmodrome, east of Moscow. In his speech, he hinted at continuing the war against Ukraine.

President Putin said peace talks had reached this stage because Kyiv had false claims of war crimes by Russia and demanded security guarantees to cover the whole of Ukraine.

On the question of whether Russia will succeed in achieving its goals in Ukraine? “Of course, there is no room for doubt,” Putin said.

He said Russia would continue to operate in an orderly manner but that the most important goal of the war, the unipolar international system that the United States had created after the Cold War, was on the verge of collapse.

He said Russia had no choice but to fight because it had to defend Russian speakers in eastern Ukraine and prevent Russia’s former Soviet neighbor from becoming an anti-Russian springboard for Moscow’s enemies. had gone.

On the other hand, Ukraine says it is fighting for its survival after Putin annexed Crimea in 2014 and the recognition of its two separatist territories as independent on February 21.

Allegations Of Genocide In Bucha Are Based On Lies

In his speech, Putin also rejected accusations of genocide in the Ukrainian town of Bucha by Ukraine and the West.

Ever since Russia withdrew its troops from the cities and towns of Kyiv, Ukrainian forces have been showing journalists corpses, destroyed houses, and burnt vehicles, claiming that this is what Russian troops are all about.

Representatives of various news agencies have seen the bodies in Bucha, but no one has been able to independently confirm that Russian forces carried it out.

On the other hand, US President Joe Biden has accused Russian President Putin of “genocide” and war crimes.

President Putin said, “Have you seen the Syrian cities, which have been reduced to rubble by US drone strikes and whose bodies have been rotting in these ruins for months?” No one cared; no one noticed.

President Putin considers the people of Russia and Ukraine to be the same and presents this war as an inevitable confrontation with the United States.

He accused the United States of posing a threat to Moscow in Russia’s neighbor.