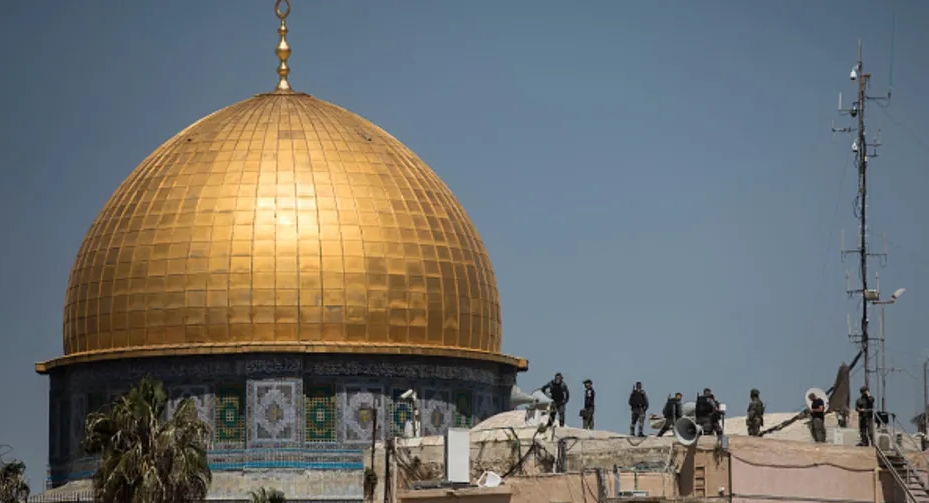 Clashes between Palestinians and Israeli police began on Friday in the compound of Al-Aqsa Mosque. At least 152 people were injured, according to medical sources.

The compound has been the focus of religious clashes in the past.

Al-Aqsa Mosque is the third holiest site for Muslims, while the Jews call it Temple Mount, and for them, it is the holiest place.

It is also a very sacred place for Christians.

The clashes erupted when thousands of Muslims turned to Al-Aqsa Mosque for the first Friday of Ramadan.

This year’s Easter coincides with Ramadan and Eid al-Adha, and it is expected that Christians from all over the world will flock to Jerusalem in this regard.

According to the Palestinian Red Crescent, 152 people were injured during the clashes due to stun grenades and baton charges.

What Happened On Friday Morning

In a tweet, the Israeli Foreign Ministry wrote, “Dozens of masked men marched towards Al-Aqsa Mosque carrying flags of Hamas and the Palestinian Authority.

They were chanting slogans based on provocative messages. “

Israeli officials added that those gathered at the mosque “collected stones and then started throwing stones at the west gate.”

The western wall is sacred to Jews.

Israeli police said in a statement that they were “forced to enter the compound to disperse protesters, remove stones and prevent further violence.”

However, according to Israeli police, they did not enter the mosque.

According to Israeli police, their officers were also injured in the stoning.

Hundreds Of Palestinians Arrested After Clashes in Jerusalem

The Palestinian People’s Club says about 400 Palestinians have been arrested.

Later, the mosque was reopened, and more than 60,000 people attended the main Friday prayers.

What Was The Reaction Of The International Community?

“We urge all parties to exercise utmost tolerance and refrain from all forms of violence and provocation,” said a spokesman for the European Union.

“We urge all parties to exercise restraint, refrain from provocative actions and statements, and maintain the historical status of the Haram al-Sharif / Temple Mount,” Price said.

Why Is The Issue Of Violence In Al-Aqsa Mosque Sensitive?

To the Palestinians, the Al-Aqsa Mosque symbolizes their struggle for a state.

And the deployment of large numbers of police is tantamount to provocation.

Last year, Israel and the Palestinian militant group Hamas, which rules Gaza, fought for 11 days due to the clashes in Al-Aqsa Mosque and Jerusalem during the month of Ramadan,

Even before Ramadan this year, Israel and Jordan began talks to prevent similar incidents like last year.