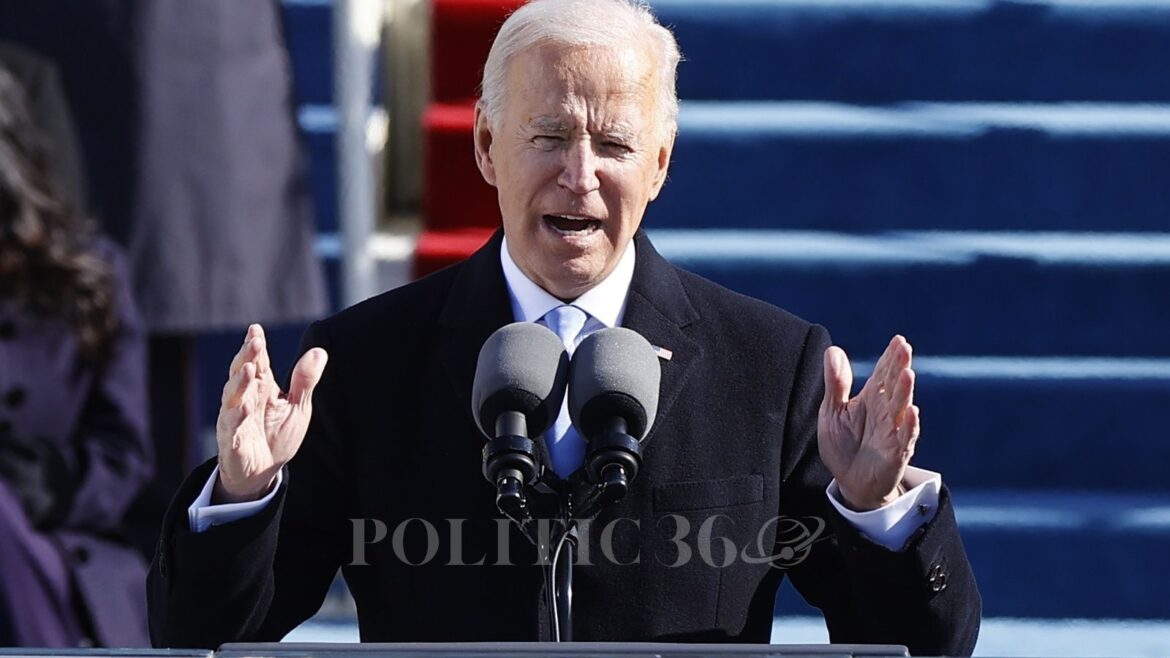 In a statement after meeting with Ukrainian refugees in Poland, the US president called Russian President Vladimir Putin a butcher and said he could no longer stay in power.

Joe Biden made the remarks during a visit to the royal palace in the Polish capital, Warsaw, on Saturday, March 26.

However, just moments before his statement, Russia fired four missiles at Levo.

This area of ​​Ukraine is about 60 kilometers from the Polish border. The attacks were reported by Ukrainian officials, who pointed to another Russian attack, which targeted the Levo industrial area, but said no casualties were reported in either attack.

On Saturday, Joe Biden ended his four-day European tour in Poland with a fiery speech.

Biden arrived in Europe on March 23, where he attended three emergency summits in Brussels, the European political and diplomatic hub.

The US president’s visit to Europe was of paramount importance in light of Russia’s invasion of Ukraine and the growing unrest and instability in the Eastern European region.

Russia is under tremendous pressure from the United States and its Western allies.

Russia continues its attacks on Ukraine, and the leaders of the member states of the European Union, NATO, and the G7 group met in Brussels on Friday to discuss the implications of Russia’s attack on Ukraine, and issues such as toughening sanctions on Russia and tackling the energy crisis caused by Russia’s invasion of Ukraine.

The US president visited Poland after attending the summits, where on Saturday he met with Ukrainian Defense Minister Oleksiy Reznikov and Foreign Minister Dmitry Koliba.

Earlier, Ukrainian Defense Minister Oleksiy Reznikov said in the Polish capital, Warsaw, that he, along with Foreign Minister Dmitry Koliba, had met with his US counterpart to discuss current issues and political and defense cooperation issues between Kyiv and Washington.

Biden met with Ukrainian refugees in Poland after meeting with Polish officials. On this occasion, he awarded the title of “butcher” to his Russian counterpart.

In a smoky speech, the US president described the current war between Russia and Ukraine as part of history in the context of the struggle for democratic independence.

“We have to keep a close eye on Russia’s current war,” he said. This war cannot be won in a few days or months. We have to strengthen ourselves. “

Reacting to the US president’s statement, the Kremlin rejected it, saying it could not be Biden’s decision, the Russian people elect the Russian president.

The United States has already pledged billions of dollars in aid to Ukraine.

Ukrainian President Zelensky has compared the devastation of Mariupol, a battleground in Ukraine, to the war-torn Syrian city of Aleppo.

Western nations have blamed Russia and Syrian forces for the city’s destruction and the Syrian civil war.

Zelensky warns of world food shortages caused by Russia’s war. Ukraine is one of the world’s largest grain producers.

The Ukrainian president has said that his country is unable to supply food to other countries in the current situation.

At the same time, Zelensky called on energy-producing countries to strengthen their energy supply so that Russia could not “blackmail” other nations with its oil and gas wealth.

Negotiations In Israel, Which Arab Countries are Participating?