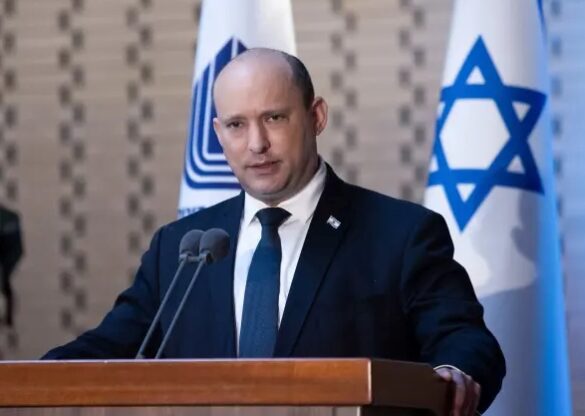 With the resignation of one member of parliament, the Naftali Bennett government has lost its majority in the Israeli parliament.

It’s been less than a year since Bennett took office, but new developments have opened the door to new elections.

An unfamiliar member of parliament, Edith Salman, resigned from the coalition government on Wednesday following a dispute over hospital rules over the Jewish holiday of Passover, after which Naftali Bennett’s government lost a majority in parliament.

The resignation of Edith Salman has also created the possibility of new parliamentary elections in the country, even though less than a year has passed since Prime Minister Naftali Bennett took office.

Despite this new development, his government has not yet lost power, but it will be difficult for the government to function in the 120-member parliament.

He opposed allowing people to bring leavened bread and other food items to government hospitals because of the religious tradition that these products are prohibited during the Passover festival.

Some highly religious Jews even consider the presence of such food in the hospital to be against religious traditions.

The Passover commemorates the liberation of the Jews from Egyptian slavery.

Naftali Bennett is running the government with the support of eight political parties.

They range from Islamists to hardline nationalists and liberals who united only in opposition to former Prime Minister Benjamin Netanyahu.

In the 120-member Israeli parliament, Bennett currently has the support of 60 members.

The Israeli parliament is currently on vacation, and it is unclear whether the opposition has significant support for the no-confidence motion, which would be the fifth general election in almost three years.

Salman said she could not support Israel’s Jewish character and harm the Israeli people and would work to establish a right-wing government.

The political crisis in Israel over some of the actions of former Prime Minister Netanyahu and allegations of corruption against him has led to four elections in the last two years.

Johann Pleisner, president of the Israeli think tank Israel Democracy Institute, said that although Salman’s resignation would not bring down the government, it could lead to another political crisis in the country.

Netanyahu, the current opposition leader, congratulated Salman and welcomed his return to the nationalist camp.

All Documents Related To Nuclear Activities Handed Over To The United Nations: Iran