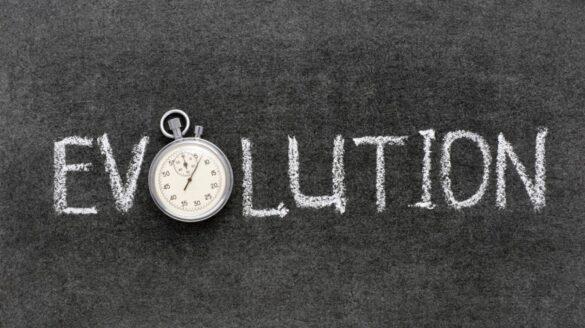 A state often passes through the given stages:

According to Hobbs, Locke, and Rousseau, there is no written proof of the ancient stateless societies when human beings lived in a State of nature.

But human research tells that in primitive times human existence was Matriarchal (when mother was dominant) in nature.

When men started to earn through labor, men’s domination was established, and as a result, human existence was converted into a Patriarchal (when father was dominant) set-up.

The concept of family life appeared, and an average family was composed of husband, wife, and children. Elder one in the family was the chief, but there was still no state.

Families formed clans, and clans formed tribes. Human societies are now facing various problems. All these relationships would be controlled by the family, clan, and tribal chief.

Because of the increase of these issues, final authority was given to tribal elders to regulate relationships according to tribal customs. The Tribal States came into being.

In the beginning, the human social set-up was in matriarchal form, then in patriarchal and tribal forms.

These tribal kingdoms appeared in about 5,000 BC. The political authority was with the tribal chief but not in an absolute way, and he was bound to act according to the tribal customs and council of elders.

In Asia and Africa, the tribal status of the states changed into City-States, and when these city-states were expanded through war and force, they became empires.

The tribal states were composed of a clan, and the chief was first among equals, but the chief of the empire was to rule the unequal, e.g., the citizens and the subjects.

The Citizens were the warrior nobles and the priestly classes, while the Subjects were the peasants. Peasantry would tolerate tyranny, and they were to increase agricultural products.

The bureaucrats, officials, soldiers, priests, and peasants played their roles to expand and strengthen the empire.

The geographical conditions of Greece (divisions of Greece into islands and valleys by sea and by mountains) divided the Greek soil into independent City-States (polis), which were in a large numbers, and the most important were Athens and Sparta.

These states later on united in the form of the glorious Roman Empire.

Because of love for knowledge, truthfulness, and bravery, the “Polis” in Greece marched from monarchy to aristocracy and finally to democracy.

The appearance of political science and philosophy was due to city-states, for the grand philosophers like Socrates, Plato, and Aristotle belonged to Greece.

Their mutual rivalry and small size compelled and even motivated the Romans to conquer the Greek City-States.

Like Greece, Italy also had City-States for example, “Rome” was an important city-state then.

In Italy (Rome), there was also monarchy, aristocracy, and then an empire. That was a vast empire with a strong administration, commerce, trade, industry, and agriculture.

The state extended rights and citizenship to the conquered people, but only civil rights were given, and political rights were preserved for the natural Romans.

The Roman Empire also had some shortcomings.

In medieval Europe, feudalism arose. Lords and nobles carved out their properties and formed estates, but they did not know political authority.

They were divided into two classes, i.e., the lords or nobles, who were the estate owners. And the other class peasants and serfs (slave, servant, bonded man).

The peasants and serfs had to serve their masters. They would use the land and earn food and income for the feudal and themselves. Their needs, marriages, and actions were subject to the will of the noble lords.

When the powerful lords disrespected the lower lords, the concept of centralization of authority, sovereignty and kingship appeared, and the estates were converted into states.

The concept of the ruled and the rulers were clarified.

The state of the day is the national state. It is a state based on nationality.

It appeared in 15th-century Europe and gave birth to international] law and national sovereignty.

The nation state was established as an absolute monarchy in England, France, and Spain and then in other parts of Europe.

Due to the industrial revolution in Europe, national democracies were formed. For example, the French Revolution in 1789, Americanization in 1787, etc.

After World War-Il the “One nation, one state” principle was internationally recognized, and the right of self-determination was accepted.

FACTORS OF EVOLUTION OF STATE:

The process of evolution from a stateless society to a national state was pushed by certain factors. The following factors played a very important role in the evolution of the state:

A social institution that can unite and organize individuals into relations of command and obedience is kinship. Kinship is a natural relation based on blood and birth.

In the family, the children and other family members obey their elder man. While the members of the tribe obey the elders of their tribe.

The older men issue orders. So, obedience and command are learned in a family and kinship that then help in states.

The council of elders, having a chief, was the first political head in the old societies.

In old societies, religion played a very important role as a uniting force.

People of a shared religion feel themselves members of the same brotherhood irrespective of any discrimination.

The very base of the origin of the state in the Divine Theory is religion.

In old tribes, a man expert in magic and medicine or had a religious position would get prominence and authority in the tribe.

With the passage of time, religion became a powerful force to unify people.

The religion preached the superiority of the father or elder within the family or the tribal chief or king within the tribe.

Religion has played and still plays a vital role in the development of the states.

This change occurred when the nomadic tribes preferred a settled life on a definite piece of land to face their agricultural needs.

That produced mutual differences, and to solve those differences, a common authority was required to define property relations and property rights and to decide disputes over property and over or inheritance.

In short, the rise of the state was determined by the growth of property relations and classes.

War and force also played a very important part in the evolution of the state.

In the beginning, might was right. In the patriarchal tribal society, the purpose of the use of force was to capture animals, wealth, and land of the neighboring tribes.

Thus, a war began among the ancient tribes for economic purposes. War and wealth went hand in hand in early society.

Constant warfare led to the rise of permanent leadership. When a tribe was threatened by war, it had to choose a leader who would lead it against its enemies.

During peacetime, the tribal chief became the ruler or king over the territories of the defeated tribes.

Thus, the tribal-state was changed into a territorial kingdom or state.

So, it is right to say that military and economic factors changed the primitive patriarchal tribes into the kingdoms of old states.

Political consciousness means the thought or knowledge of politics if it awakens and widens, and people become aware of the political institutions.

In the beginning, in the early stages, political awareness was the need for defense and attack, the protection of life and property, the regulation of social relations, marriage and family, and the need to maintain law and order.

The process of political awakening began in early times and has continued until now, though it is now far deeper, wider, and more rational than before.

Progress began when men began to question the purpose of their institutions and social order.

The success of the political life and organization of the state is dependent on good political consciousness.