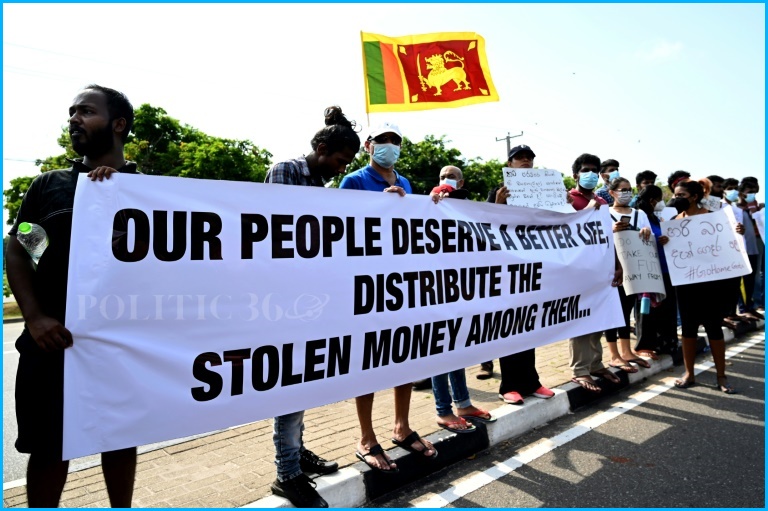 Opposition parties in Sri Lanka have rejected the president’s proposal to form a coalition government.

They are demanding the government’s resignation because of the acute shortage of food, fuel, and medicine.

Amid anti-government protests across the country, the opposition on Monday reiterated its demand for the government’s resignation.

An earlier statement from the presidency said that the president had “invited all political parties represented in parliament to work together by accepting positions in the cabinet to find a solution to this national crisis.”

We cannot go against the people’s wishes, and we cannot work together with the corrupt.”

The left-wing People’s Liberation Front also rejected the proposal and called on Rajapaksa and his family to step down immediately.

Party MP Anuradha Dasa Naika said, “If he (Gotabaya) thinks that opposition members will join his government, he is most definitely crazy.”

“This is nonsense and the people demanding his resignation will be further outraged,” said TNA spokesman and MP Ibrahim Samanthiran.

Thousands took to the streets on Sunday to protest a nationwide emergency and curfew.

The resignations of Rajapaksa’s family members and other cabinet ministers are being termed as an attempt to reduce public anger and resentment.

On Monday, protesters tried to march toward the RajaPakse family home in southern Sri Lanka, but police used water cannons to disperse them.

The lack of foreign exchange has made it difficult for Sri Lanka to pay for fuel imports and other essential commodities.

In a country with a shortage of essential commodities, there is a power outage for hours.

President RajaPakse announced the imposition of a state of emergency in the country on Friday night after the demand for his resignation intensified.

The government had also imposed a nationwide curfew but lifted it on Monday.