Ukraine War: Estimates Of Financial Losses Of US$ 60 Billion So Far1 min read 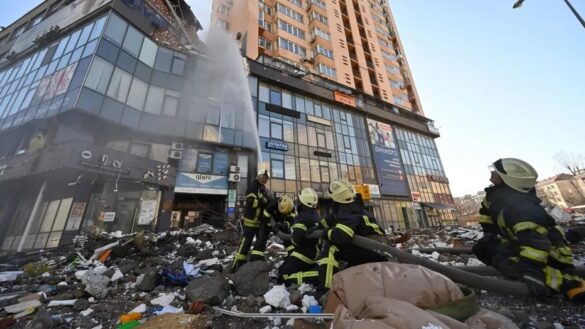 According to the World Bank, the war has cost Ukraine US$ 60 Billion so far. But this does not include the growing economic costs of the war.

World Bank President David Malpas said that Russia’s military strike had destroyed hundreds of buildings and infrastructure and caused an estimated 60 billion US$ in damage.

And if the war continues, the financial losses will increase.

He was addressing a conference on the need for financial assistance for Ukraine.

He said that these were preliminary estimates of the losses. And did not include the continued economic costs of the war.

He said, “Of course, the war is still going on, so the losses will continue to increase.”

US$ 7 Billion A Month Needed For Economic Recovery

Ukrainian President Volodymyr Zelensky has said that trillions of dollars will be needed to rebuild the country once the war with Russia is over.

Volodymyr Zelensky said at least US$ 7 billion a month would be needed to repair the economic damage caused by the Russian invasion of his country.

In a virtual address to a World Bank conference, Zelensky said that the international community should immediately expel Russia from the global financial institutions.

He also called on all countries to immediately end their relations with Moscow.

Zelensky said the Russian military was “trying to destroy everything in Ukraine that meets the basic needs of life. These include railways, stations, granaries, oil refineries, etc.”

She said the IMF estimates that about US$ 5 billion a month would be needed over the next two to three months to ensure the functioning of the Ukrainian government and key state institutions.

She warned that this should be a direct help, not a loan because the debt burden will not be “sensible” and affect later.